Why “Ghosting” is just Another Word for Bad Manners. 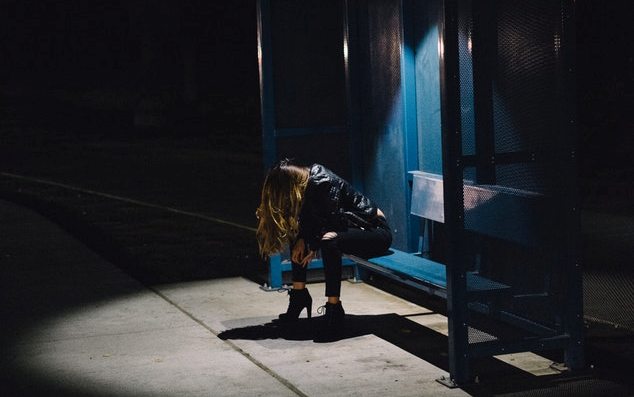 Despite the fact I am hardly old, by most people’s standards, I am nevertheless at an age where I am starting to be “behind” when it comes to the current trends and lingo.

Until last night, I had absolutely no idea what that meant. I had stumbled across it a few times on social media and chat boards and (falsely) assumed that it had something to do with deleting one’s social media accounts.

Turns out that I was wrong.

For those who don’t know, ghosting refers to the phenomenon of  “ending a romantic relationship, by cutting off all contact and ignoring the former partner’s attempts to reach out.”

Per one poll, at least 11 percent of adults, surveyed last fall, admitting to doing it. Recently, the actress Charlize Theron, who was reportedly engaged to fellow actor Sean Penn, was said to have ended their relationship via this method.

As I read The New York Times article explaining all the above all I could think was, “Really? You have to be kidding me?”

Again, at the risk of showing my age, it makes that celebrated Sex and The City episode—where one of Carrie Bradshaw’s beaus breaks up with her via a message on a Post-It note—look down right classy and grown up by comparison.

Likewise, it makes breaking up via a text or email look like proper closure by comparison.

To be fair, ghosting existed well before 2015. I have my own story…

My freshman year in college I went out with a guy on a few dates, and even attended a formal dance with him, only to have him never return my calls and—most puzzling of all—go so far as to deny that we ever dated. At the time, my friends and I didn’t call it “ghosting.” Instead, we called it what it was—bad manners.

Being in adult relationships—whether they last for one week or several years—means we have an obligation to act like adults.

While ideally a break-up should occur in person, even an email, voicemail—or any of the things mentioned above, including a Post-It—is better than simply nothing at all. While there are some reasons to cut off all contact with a person—say in cases of abuse or stalking—the majority of the time, there is absolutely no excuse not to tell someone we are no longer interested in them.

Going back to my own story for a moment—the worst wasn’t being dumped.

Rather, it was not knowing that I had been dumped. For a week or so, I truly believed that my “boyfriend” had merely been busy with school—hence the reason for his silence. It wasn’t until two weeks later, the day I had received my pictures back from the dance (back in the days before digital photos), and showed them to my friends, that a hall-mate took me aside and told me that she had seen him at a frat party the night before, with another girl.

As upset as I was about that, the humiliation I felt was eclipsed by my confusion over the following: Why didn’t he simply tell me this himself?

In my case, I never got an answer to my question.

However, when the subjects of the aforementioned article were asked, most responded that they thought it was an easier way out or some variation of that. (It’s probably worth noting they were all 25.)

Well, speaking as someone who is older, and perhaps a touch wiser, I can say that it is not.

Instead, it just makes it much more likely that one will gain an enemy or will create the very sort of drama that one was hoping to avoid.

The truth is, by the time that we are of a certain age, usually in our mid-20s, we will have been through a few break ups. They need not all be bad or dramatic. Sometimes we are simply not compatible with someone, or perhaps circumstances prevent us from being able to pursue things further.

However, at the very least, we need to be able to express that.

If we cannot, then that may be a sign that we are not ready to be in a relationship with anyone.

If there’s any truth to the claims that this happened in the relationship of Charlize Theron and Sean Penn, both of whom are well into adulthood, then those of us of a certain age need to remind ourselves that just because “the kids are doing it,” doesn’t mean that it’s a behavior we should emulate or condone.

Breaking Up: When You’re The Bad Guy. .

Do this when things get tough:

This is a new kind of relationship that’s truly sustainable, passionate and fun: