4 Reasons We May Go off Yoga & What to Do About It. 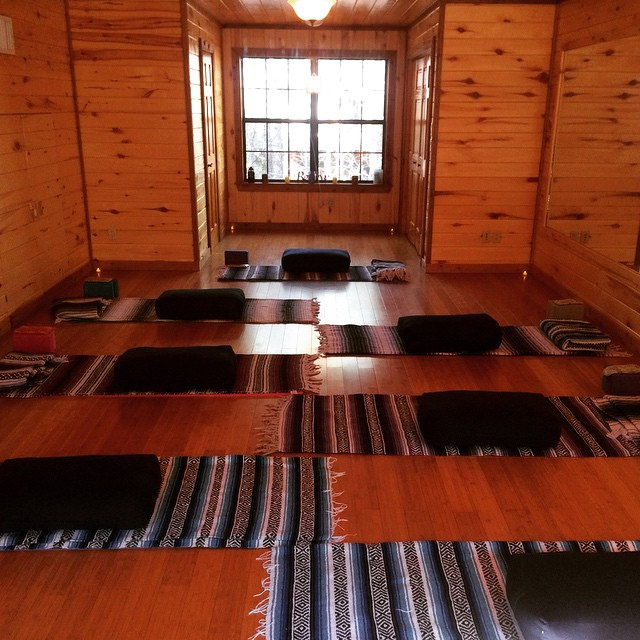 As someone who has practiced yoga for close to 15 years, there are times when I have gone off yoga.

Sometimes weeks or months may go by where I don’t feeling the desire to practice or if I am practicing, then my heart isn’t really in it.

I’m hardly alone in this.

Speak to anyone who has been doing it for awhile, and the chances are good that they’ve had a similar experience. While some experience a sudden burn out, others may have a more gradual one. (Imagine a car slowly running out of gas.)

I happen to fall in the latter.

However, whether it’s fast or slow, there are four reasons for it that come up time and again.

Below are those reasons and what to do about them.

The first time I ever experienced a burn out was when I suffered a shoulder injury. At the time, I was heavily into Ashtanga and pushing myself too hard.

The solution may seem simple but can be challenging if, like me, the ego is involved: take a break. Seek modifications or perhaps even another style of yoga better suited for your body and its needs. Most importantly, don’t re-injury yourself. Even though injuries can happen even when we are careful and working with great teachers, more often then not then occur when we got beyond our limits.

After a while, chronic injuries can lead us feeling frustrated and angry at our practice or even worse, physically unable to practice at all.

When I first started, I had a very different life than I do now. I was 23 years old, fresh out of graduate school, and single.

The main reason I became interested in yoga was out of curiosity and a desire to get the “yoga body” that so many people-including those in the media-were talking about. I also had a lot of free time on my hands. Fast forward 15 years, I have two kids, multiple jobs, and no longer as a obsessed with my body as I once was. I also have far less free time than I had, and my body can no longer take the constant wear and tear of some of the more vigorous styles of yoga.

Regardless of what type of yoga we practice, it’s a good idea to check in and evaluate what we are going for. Much like what was discussed in #1, we may need to seek out a different style or practice of yoga.

3. Relaying on yoga as our main work out.

Despite the fact that many yoga teachers including myself say that yoga is not about the physical asana, several people are initially drawn to it for the physical. Yoga can change bodies for the better, but if it is viewed only as an exercise regime and one that is always the same or similar, burn out seems almost inevitable.

For the first few years that I became a die-hard yogi, yoga was my main form of physical activity. However, I soon found myself becoming increasingly frustrated after my practices. I needed more in the way of the physical. Namely, I needed cardio and strength training, and I wasn’t going to get that from yoga alone.

Therefore, I started to supplement my yoga practices with other activities.

As a result, I stopped seeing yoga as my “workout” but rather my reward and a time where my emotional nourishment was just as important if not more so than physical. I even welcomed the repetition.

As more and more yoga studios and high-end stores specializing in expensive clothing opened in my area, I became cynical about yoga. It was almost a cliche, but it seemed everywhere I went there were tall, skinny people clad in head-to-toe lululemon gushing about how yoga changed their lives and plans for some up-coming retreat in an exotic location.

Simply put, I felt out-of-place and like I had no connection to this kind of lifestyle. Looking back, I was making the mistake of associating these things with yoga.

The truth is, no one owns yoga.

Yoga—to paraphrase the late, great Pattabhi Jois—is for everyone fat, skinny, old, young. If an instructor or a studio is giving off a bad vibe, then seek a different one. Also, don’t overlook the value of a home practice. Some of the best practices I ever had were at home when no one was around to see it.

I am forever grateful for those experiences because of what I learned from them: our yoga really is ours and no one else’s.

Yoga burnout happens. For some it may be a mild case of feeling “meh;” others may consider leaving it alltogether. While it’s ultimately up to each individual to decide it they want to continue with the practice, figuring out what is the cause or causes of that burn out may be helpful.

Lastly, the best thing about yoga is that we can decide to come back whenever we can without losing anything. While it may take awhile to regain some physical flexible, the more important, emotional aspects such as remembering to be present, etc. are there to welcome us back like an old friend.