4 Steps to Untangle Your Thinking in Difficult Moments. 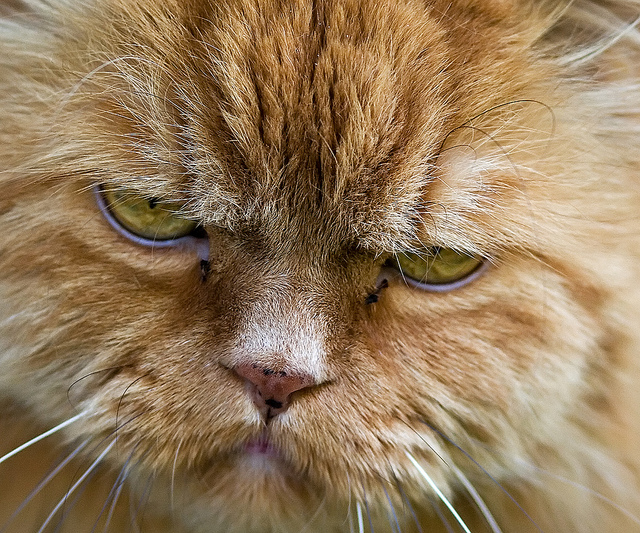 Sunshine was missing and she was livid.

“Your only important job while looking after my place was to look after the cats! I can’t believe you couldn’t do this simple thing! Maybe I’m going to have to come home early, I don’t know.”

I sat there, on the other end of Skype, patiently waiting for my friend to calm down, as I did my best to sit in the heat of her accusations without reacting, lashing out or defending myself. On one hand she was right, my primary role while minding her home was to look after her two cats while she was away for two months. On the other hand, I thought quietly to myself, how much control did I really have as to whether or not a cat comes home at night when it’s allowed to roam wherever it wants all day long?

She kept ranting, I stayed quiet. I knew she had every right to be upset, as I know these cats are her family. I’d watched her deal with other challenges in this same way before, by raising her voice at whoever had “done the wrong thing” and this seemed to be her normal mode of operating—to huff and puff and rant until she got what she wanted—or at least got her point across.

It was quite interesting to watch as I know my friend to be a very wise woman in her own work, yet her trip had proven to be far more challenging than expected and she was stressed to the max. Her darling cat, still not home 10pm, appeared to be the final straw. And I was copping it all.

I drew on everything I had in my toolbox to stay quiet, knowing that nothing I could say for the moment would make any difference.

Once she’d calmed down, we started trying to unpack why Sunshine hadn’t come home yet when “she always comes home.”  We brainstormed solutions, we thought about all the options for finding her, and after promising multiple times that I would message her the moment Sunshine came home, I sent another prayer for this gorgeous little cat to come back soon, and encouraged her to do the same.

Then, with as many calm and reassuring reminders that I could give myself saying all would be OK, I went to sleep. I knew there was absolutely no point in staying up, because Sunshine would meow and wake me if she came to the door, and I would have more energy and patience tomorrow to attempt some kind of kitty hunting expedition if it came to that.

The next day Sunshine had still not returned, and so the search was on. Privately I felt that Sunshine was actually a very resourceful cat, and had probably found a nice little spot to hang out for the night and would come back when she got hungry.

I imagined her strolling back in, looking at me and meowing like nothing had happened, and that I’d scratch her behind the ears, tell her lightheartedly she was a pesky cat and get her some food.

By lunchtime, she still wasn’t back and my friend, feeling so far away now, had had almost no sleep. Understandly she was stressed out by the lack of control in this situation, and so sent me on a mission to this place and that place to see if I could find Sunshine. Finally, after all the hunting turned up nought, I came home and prepared dinner praying once again that this darling cat would just appear out of the blue.

Finally, at 7pm, after being out of sight for two whole days, Sunshine meowed at my door.

Relief swept through my body, as I scratched her hello, got her some food and messaged my friend that her darling was home, safe and sound.

And that night I reflected.

I had learnt a lot about this woman and myself in this last 24-hours. I saw this experience as an opportunity to reflect on how far I’d come in the last few years. Rather than react out of fear, feeling the need to defend myself, I had had the strength to just sit in the heat of her words as she experienced her own fear and dealt with it the only way she seemed to know how on that occasion.

Rather than feel guilty that I had somehow been irresponsible, I was able to find peace in knowing I’d done the best I could, that some things are in fact out of my control and not worth losing sleep over. And instead of feeling like I “wasn’t good enough” in my role as housesitter, I went searching for new information that would allow me to do even better in the future.

I also reflected on how my friend had dealt with this situation.

I saw the immense pressure she was feeling from things not going well on her trip, and I noted that she was far more emotionally connected with the missing Sunshine than myself. I saw her struggle with control, and I hypothesised that it was the lack of control that was making her terrified, not the situation itself.

I noticed that my friend didn’t voice concerns of Sunshine being injured or dead, but more that she might have taken up residence with someone else. It seemed to me that her concerns were more about Sunshine no longer being in her life, than something actually physically happening to this precious cat.

For a woman so wise, I had hoped she’d be better at seeing that people, and animals, come and go from our lives like seasons, and that perhaps it was okay if Sunshine had moved on to a new home. Yet I knew I couldn’t say this to her, so I allowed the thoughts to quietly bubble in my own mind.

And I wondered, how often we do this, where we let a situation keep us up all night, instead of recognising where we don’t have control to change the result? I pondered, how often do we blame someone for doing the best job they can, telling them they aren’t good enough, instead of trying to understand why a certain thing happened and what can be done differently next time?

I considered, how often do we try to hold onto things, people, relationships, jobs, opportunities whose end has come and go down kicking and screaming like a toddler instead of gracefully letting go?

Here are the questions you can ask yourself to untangle your thinking now:

1. Control vs Letting Go.
What is in my control here? What can I change and what do I need to let go?

2. Blame vs Responsibility.
Am I blaming someone else just to make myself feel better? Can I work with them (or with someone outside the situation who has a different perspective) to take responsibility for where I can create change and look for a solution?

3. Past vs Future.
Am I getting angry or upset about something that has already happened? Can I switch my focus to what I would like to do (or have done for me) differently in the future?

4. Repeating Patterns vs Learning from Experiences.
How did I react the last time something similar to this happened in my life? Do I like the way I reacted? Do I want to repeat that? And if not, how would I like to respond instead? 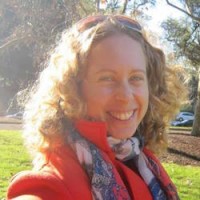