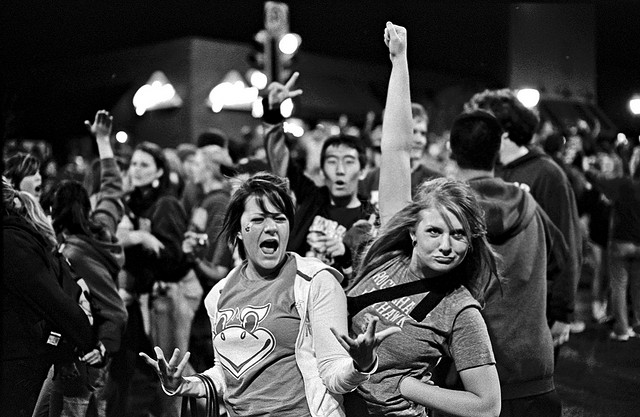 Being a nightclub photographer is an interesting job and spending a good portion of my week in a bar, often sober, has turned me onto certain insights that eluded me when I was simply there for the party.

The truth, a good club photos often capture people looking a lot cooler in a freeze frame than they were acting in real time. A well-executed album is meant to give the impression that there is an elite class of suave, sophisticated, well dressed and attractive club-goers frequenting the establishment every week—that’s why promotions companies budget for photographers.

Don’t get caught up in trying to be one of these individuals (or even thinking that they exist). Your only job when you go a nightclub is to have fun. If you feel pressured to look or act a certain way, you need to rethink your motivation for going out in the first place.

What led me to this conclusion? Here are the 8 Lessons I’ve Learned as a Club Photographer:

1. It doesn’t really matter what you wear.

Do you fret about what to wear on a night out? No worries, what you wear doesn’t matter nearly as much as you think it does. It matters, but just slightly. Many people dress well, many dress poorly and many fall somewhere in between.

The human subjective experience is so widely varied that if you set out in life to impress everybody, you will be disappointed. This is a wise fact to remember when you are choosing an outfit. Everybody’s taste is different, so wear what is comfortable to you and don’t feel obligated to try and stick out and wear something “clubby.”

The most important thing you will wear at a club is a smile and an air of confidence—stay true to your taste and remember that you will only ever look as good as you feel, so wear what feels good to you.

2. A club is a terrible place to meet somebody.

This stereotype is often used to imply that you can only meet questionable people at the bar and any resulting relationship will end in disappointment. I don’t personally believe this. Your odds of meeting good or bad people are the same at a bar as most places and the party scene is typically dominated by singles which is good if you are trying to flirt and hook up.

The reason I say that a bar is a bad place to meet somebody is because bars are loud, most people are drunk and resulting relationships are often laced with an air of shame or indifference. Liquid courage tends to break down our social barriers and thrust us into conversations that might not occur otherwise, but they occur under a pretext of non commitment. It’s difficult to remember somebody’s name and hold a conversation amidst a sprawl of drunk people and loud music and it’s rare that you will still feel the same about your drunken love interest when you wake up the next day.

3. Drinks will be spilled.

It’s unavoidable. Mixed drinks are often served in small, flimsy plastic cups brimming to the edge with ice. Mix this in with a large chaotic crowd and you can almost guarantee that liquids will be airborne. Learning to handle your drinks with care and to avoid spilling hazards in your vicinity is a handy trick to avoid looking sloppy, especially if you are in photographs.

4. It’s better to be embarrassing on purpose than by accident.

Sometimes people get nervous or awkward and basically glitch out when their photo is taken, ironically in an effort not to look uncool. There’s something uncanny about self comfort that permeates photographs, so owning a cheesy pose and holding it with confidence until the flash fires is a great way to guarantee that, goofy or not, you will look like you are comfortable in your own skin and having a good time. Everybody enjoys pictures of people having fun and having these pictures with your friends makes for priceless memories in the future.

5. The promotions scene isn’t always what it seems.

Promoters are paid to look like cool, glamorous party animals. They usually are social types who spend a fair amount of time at the bar, but remember that unlike you (the guy who just spent $125 buying Jagerbombs for everybody within a 10-foot radius) promoters are paid to be there.

Promoting is a great part time job if you already enjoy the bar scene and want to meet people and make some money and being friends with a promoter can come in handy, but don’t be fooled into thinking that being at the bar three nights a week while balancing personal health and a full time course load is desirable or even attainable for most people.

6. Nobody is acting that cool.

You’ve seen them a thousand times: the slim fitted clean cut types looking disinterested and nonchalant as if they were paid millions of dollars to appear in the photo, the pair of girls endearingly laughing into each others faces as if they were caught in the greatest inside joke ever told (omg bffs!), the trendy hipster kid flipping the middle finger to the camera as if he’s fending off the paparazzi, the girl in 4-inch heels striking a pose while gazing into the distance as if she’s totally unaware of the photographer she just harassed to capture her diva moment, the O-faced (as in, yelling “WOOO!!”) sports bros flipping #1 as if they just won the world championship and the list goes on.

I have nothing against these people, at all. If they had a fun night out and got a great photograph, then everybody wins. These are the people who drive the club promotions scene and make photographers’ lives easy. However, the takeaway here is that the above moments are all contrived. Aside from candid dancing photos (every club photographer’s guilty artistic pleasure), pretty much nothing that you see in a nightclub photo album is spontaneous at all, hence don’t feel pressured to act a certain way.

You’re out at the bar and you’re just so mad (that dude is totally hitting on your chick/that chick is totally grinding on your dude!), and you’re ready to burst into an alcohol and hormone induced fury.

At all costs, resist the urge to give in. Not because you shouldn’t stand up for yourself or confront your challenges, but because in this particular scenario you have nothing to gain. When you consider that the positive scenario—beating somebody up—still involves being kicked out of the bar and possibly being arrested, you realize that fighting just isn’t worth it. It’s cooler to stay cool.

8. Binge drinking is a mentality, not a necessity.

Club photography is a uniquely awesome job in the sense that you are not only allowed to drink while you work, but your boss is quite often the one feeding you drinks. So the first time I stepped into a bar, dead sober, after commuting an hour to work for the night and drive home at last call, I was absolutely terrified. This place is a zoo, I thought, these people are going to eat me alive! How can I function in this environment and interact with these people when I’m not on their level?

However, shortly after nervously navigating the crowd and shooting a few pictures, I was surprised to find myself having more fun than most of the times I’ve ever been out intoxicated. Contradicting point #2, I could remember everybody’s names, hold sensible conversations and carry myself with the confidence that I wasn’t imminently destined to do something stupid.

This night awakened me to the fact that we aren’t obligated to get drunk to have fun at a bar. Although you might not be the life of the party, you will feed off the energy of those around you while enjoying the clarity of your thoughts. The next time you are faced with the dilemma of “I want to go out tonight but can’t afford to be hungover tomorrow,” consider option c: going out sober. It might not be the wildest night of your life, but you will save a ton of money, wake up feeling great and if you drive you can be a good friend and a designated driver. 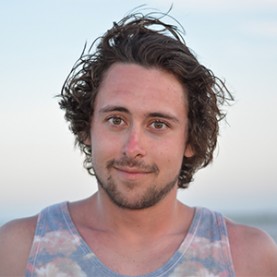