A Cynic’s Guide to Saving the World. 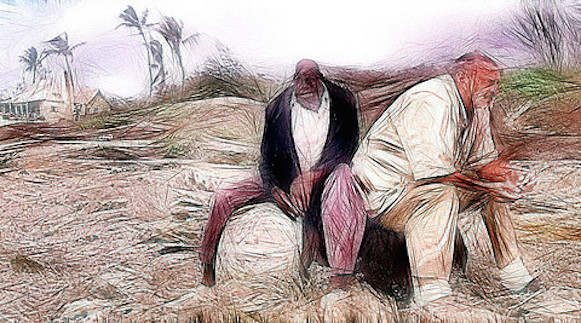 During a psychology course 20 years ago the college professor asked what we considered the greatest fundamental problem of human existence.

I chirped in: “Ownership. The day someone put up a fence and said, ‘This is mine, stay out,’ it all went South.” After the room let out a confused gasp followed by a long silent pause, he looked at me squarely and said, “No, Jeff, that’s actually the goal.”

Years later I was loosely reminded of that revelation while attending a sales training for a new pharmaceutical drug touted as the next big gun for bronchitis. When the trainer announced the upcoming bronchitis season was expected to be the worst in decades, the room of 100+ sales reps erupted in standing applause. I remember being the only fool still sitting, confused why a bronchitis outbreak was a good thing.

Oh the irony of paying good money and time to learn that capitalism is not at all concerned with ethics, but rather surplus gained at all costs. Where there is an opportunity to profit on the backs of human suffering, the true capitalist is faced with a true conflict of interest. He is, in fact, intrinsically motivated to turn a blind-eye and ignore the annoying little pink elephant called morality.

Ever ask a hedge-fund manager to explain how derivatives work? If you’re able to wrap your mind around the paradoxical high stakes game of lowering risk by dramatically increasing risk, you might realize it’s actually a game of Russian roulette being played on the backs of unsuspecting honest folk just trying to make a living. Why do they do it? The potential for obscene profit, of course. Who pays when their high-stakes gamble fails? Everyone except them.

Capitalism isn’t inherently bad, any more than a gun can kill someone without someone to pull the trigger. It takes people to take advantage of situations to add to human grief. That’s why I cringe when I see so many political decisions being made in the face of overwhelming evidence to do otherwise—a parade of apathy kicking dirt in the face of virtue, and humanity killing the planet one impetuous act at a time. I’ve seen enough astonishing justifications for one lifetime, thank you.

A cynic looks skeptically upon altruistic acts as having ulterior motives, and expects so little of others he’s never disappointed. Add to that someone who values personal responsibility and self-control as the highest of human ideals (and submission as equally insufferable), and you’ve got me: the stodgy idealist sitting all alone in the corner at the cocktail party, rolling his eyes until they hurt.

Corporate greed, medical and academia profiteering, media bias and manipulative advertising, the monetization of faith, big bank bailouts and the bigger business of war confirms greed is valued over compassion and cooperation. Monsanto and GMOs, label fraud, sweatshops and child-exploitation, and the institutional testing and torture of animals demonstrate how inhumanity and indecency are awarded with swift monetary gain.

The hypocrisies of politics, pollsters and lobbyists, government bureaucracies, and IRS corruption expose how blinding power can be. The end-game unsustainability of materialism, global warming and environmental ruin, oil fracking, Wal-Mart and the death of Mom and Pop imply it’s somehow okay to horde profits, damn the consequences. Celebrity worship, the Kardashians and the Joneses, selfies and the pornification of yoga, smart phone addiction and the apparent end of common courtesy hint that vanity and self-absorption are celebrated over humility.

Haven’t we witnessed enough shockingly barbaric, callous behavior in humanity to sound the alarm and wake up? At least the end of the world will be televised.

Yes, I’ve lied, cheated, stolen, deceived, eaten red meat, littered, failed to pay parking tickets on time, and rationalized it all away like O.J. So what can I do? I can try to do better, to be better. Why? Because I can’t do anything about what you do, but I can do something about what I do. There are no problems in the world outside the human mind, and my mind is my responsibility. The good news: it’s not me I need to work on, it’s my mind. I can do that.

Just a sad, pathetic dreamer who still believes in the high ideals of spirituality. I know I won’t change if I don’t understand myself first. To understand myself I need to take time to get still, and to observe and study my mind objectively like a scientist. So every morning I awake at 3:00 a.m. to meditate for an hour, intent on adjusting these castigating old eyes to a more objective perspective without prejudice. I then try to apply a little more mindfulness earnestly throughout my day.

In meditation I’ve discovered a few things about my mind so shameful they’d make Hitler blush. It would be so much easier to distract myself with mindless entertainment and numb my mind with drugs and alcohol, to endeavor toward external matters and blame others for my discontent. It all sounds so much more fun than personal responsibility. But if I turn away I run the risk of adding to the suffering of the world.

In spite of 15 years of yoga and meditation, my mind still hasn’t stopped gravitating toward the negative. But now I understand why it does. Before meditation I just acted unconsciously on my immediate wants and whims; now I at least have the sliver of choice that follows greater awareness. All the work was worth it.

I know I need meditation in spite of my cynicism, and awareness because of it.

Here’s my guide to saving the world:

Meditate daily and take care of your body. Be moderate.
Ask yourself: what are the consequences of my actions?
Be responsible. Don’t wait for someone else to do the right thing.
Let the past go. Forgive not because you don’t care, but because you do.
Live below your means. Practice a little restraint every day.
Remember impatience is not a virtue. Be where you are.
Be kind. Listen carefully when someone is speaking to you.
Watch yourself as if you were a character in a dream (because you are).
Get over yourself. You’re not as important as you think you are.
Remember: how you live your life matters, what you own does not.

The Practice of Peaceful Abiding. 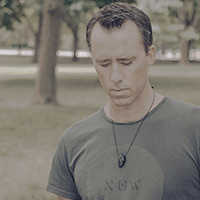