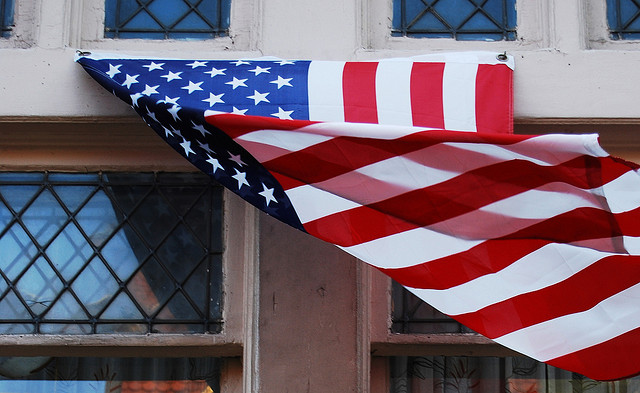 The 4th of July is a proud day to display the American flag.

July 4th commemorates the adoption of the Declaration of Independence on July 4, 1776, marking America’s freedom from British rule.

Here are a few, simple rules regarding American flag etiquette. (Adapted from The Farmer’s Almanac.)

1. Citizens should stand at attention and salute when the flag is passing in a parade or being hoisted or lowered.

2. Display the flag only from sunrise to sunset on flagpoles in the open. (It may be displayed at night upon special occasions to produce a patriotic effect.)

3. When the flag is hung vertically or horizontally, the Union (blue) should be to the observer’s left.

4. The flag should be hoisted quickly and lowered respectfully.

5. The flag should not be displayed on inclement weather days.

6. The flag should be displayed on all days, especially on:

New Year’s Day—January 1
Inauguration Day—January 20
Martin Luther King Jr.’s birthday— third Monday in January
Lincoln’s Birthday—February 12
Washington’s Birthday—third Monday in February
Easter Sunday (variable)
Mother’s Day—second Sunday in May
Armed Forces Day—third Saturday in May
Memorial Day (half-staff until noon)—the last Monday in May
Flag Day—June 14
Father’s Day—third Sunday in June
Independence Day—July 4
Labor Day—first Monday in September
Constitution Day—September 1
Columbus Day—second Monday in October
Navy Day—October 27
Veterans Day—November 11
Thanksgiving Day—fourth Thursday in November
Christmas Day—December 25
State holidays of Stat’s date of admission (the birthday)
Other days as may be proclaimed by the President of the United States
It should be displayed at every public institution and in or near every polling place on election days, and at schoolhouses during school days.

7. In a procession, the flag is to the right of another flag or, if in a line of other flags, in front of the center of that line.

8. If displayed on a float, the flag should be on a staff—not draped over the hood, top, sides, or back of a vehicle.

9. When displayed on a vehicle, the flag should be on a the staff, fixed firmly to the chassis.

10. No other flag should be placed above the flag of the United States or, if on the same level, to its right.

12. The flag displayed with another against a wall, from crossed staffs, should be on the right (the flag’s own right), with its staff in front of the other staff.

13. When displayed with a group of state flags, it should be at the center and the highest point .

14. When flags of states or cities are flown on the same staff, the United States flag should be at the top.

15. When flags of two or more nations are displayed, they are to be flown from separate staffs of the same height and the United States flag should be hoisted first and lowered last.

16. When displayed from a staff projecting from a building, the Union (blue) should be at the peak of the staff.

17. When displayed over a street, it should be suspended vertically with the union to the north in an east and west street, or to the east in a north and south street.

18. On a platform, it should be above and behind the speaker, with the Union (blue) uppermost and to the observer’s left–it should occupy the position of honor and be placed at the speaker’s right as he faces the audience.

19. When flown at half-staff, the flag should be first hoisted to the peak for an instant and then lowered to half-staff position. It should again be raised to the peak before it is lowered for the day. Half-staff is one-half the distance between the top and bottom of the staff. The flag must be flown at half-staff on all buildings on the death of any officer listed below, for the period indicated:

The President or a former President—30 days from the date of death.

For the Vice President, the Chief Justice or a retired Chief Justice of the United States or the Speaker of the House of Representatives—10 days from the day of death.

For a United States Senator, Representative, Delegate, or the Resident Commissioner from the Commonwealth of Puerto Rico: the flag should be flown in the metropolitan area of the District of Columbia—on the day of death and on the following day—in the state, congressional district, territory, or commonwealth of such Senator, Representative, Delegate, or Commissioner—from the day of death until interment.

For a Governor—within the state, territory, or possession—from the day of death until interment.

20. When the flag is used to cover a casket, the Union (blue) should be at the head and over the left shoulder.

21. The flag should not be dipped to any person or thing.

22. It should never be displayed with the union down, save as a signal of dire distress.

23. It should never touch anything beneath it, such as the ground, the floor, water or merchandise.

24. It should never be carried flat or horizontally, but always aloft and free.

25. It should never be fastened, displayed, used, or stored so that it might be easily torn, soiled or damaged in any way.

26. It should never be used as covering for a ceiling.

27. It should never have anything placed on it.

28. The flag should never be used for any advertising purpose, nor embroidered on cushions or handkerchiefs, printed on paper napkins or boxes, nor used as any portion of a costume.

29. When the flag is in such condition that it is no longer a fitting emblem, it should be destroyed in a dignified way, preferably by burning.

I hope y’all have a safe and happy 4th of July. 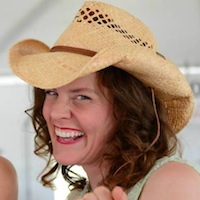 Ashleigh Hitchcock is a simple girl with a complicated life. She has many jobs and 1000 hobbies; to stay sane, she practices meditation and yoga. Ashleigh’s greatest t… Read full bio