An Open Letter to the Guy who Roofied me in College. 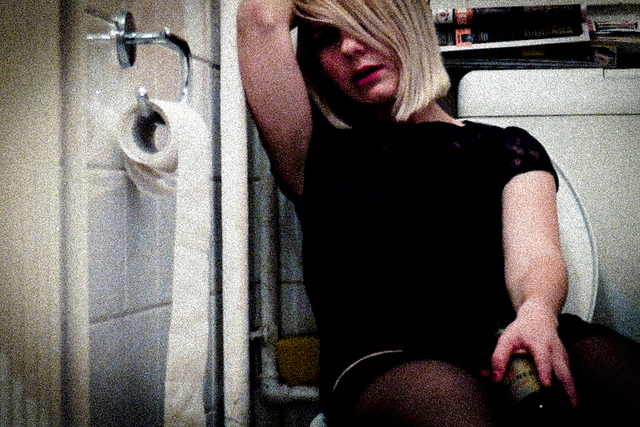 This is part two of the Forgiveness Project Series. To read the introduction, go here.

Dear Guy Who Roofied Me:

Firstly, I want to express how impossible it is to even begin writing this. Partly because I don’t know your name, partly because I have over-rationalized this experience to a frightening degree and partly because sometimes it seems like a non-issue in my life.

But it’s not. It really, really is not.

I’m working on forgiveness and letting go of the past. I find it incredibly hard to forgive or process things without rationalizing or explaining away behavior that has impacted me negatively. It’s easy for me to look back on this experience and rationalize your behavior.

It makes me sick how easily I can brush this experience under the rug.

Because nothing happened. But it could have. But it didn’t.

You see, Guy Who Roofied Me? I’m doing it even while I’m writing this. I’m struggling to stay light hearted and not let this affect me while I’m also trying to express the gravity of this situation.

Do you remember what happened, Guy Who Roofied Me? Because it took me almost a year to realize what you did.

We were both at a fraternity/sorority mixer. Your fraternity had a bad reputation for pulling stunts like this. Rumors floated around that you roofied each other for fun. Of course, I didn’t learn that until later.

And who was I? An incredibly insecure, chubby freshman who already had trust issues. Who already felt vulnerable just talking to a boy.

I was only 19. I didn’t have the life experience to be suspicious.

Of course, in almost no time at all I was throwing up in the bathroom and coming in and out of consciousness. I had only had three drinks. Still, no one suspected anything.

My best friend got me in the dorms and tied a trash bag to my wrist. She slept in the narrow dorm room bed with me to make sure I lived through the night. You scared her. That almost makes me angrier than anything.

Because nothing happened. At least, nothing in a tangible way.

Immediately reflecting on the experience, I didn’t have enough life experience with drinking to realize that that shouldn’t have happened. I shouldn’t have blacked out or thrown up after three drinks. Even a year later, when I realized what actually happened, I brushed it off. I rationalized it away because you didn’t physically take advantage of me.

As if that’s the only damage that could have happened.

For years, I figured it was a part of the normal college experience. I mentioned it in an offhanded way—the way someone might mention taking a philosophy class or changing their major. “Oh, I haven’t blacked out since that time I got roofied.” Sometimes people would laugh. Most of the time, I made them uncomfortable.

It wasn’t until someone reacted with borderline anger that I realized how wrong the situation had been. I actually found myself defending you.

“Oh, he probably only did it  because he thought it was funny not because he was going to take advantage of me.”

And he was right. There is nothing remotely funny about throwing up on a table. There isn’t anything funny about blacking out. Scaring your best friend into thinking you may be dying. Waking up with a trash bag tied to your wrist and very few memories of the evening.

What’s worse, Guy Who Roofied Me, is that you made an already insecure, untrusting girl even more guarded and closed off. I’m lucky that I had a good support system and friends who took care of me. I’m lucky that this incident was really such a “non-incident” in my life, because it could have been worse.

My hope is that you only did this once. That you felt it was wrong and tried to discourage your brothers from doing it.

I know how mob mentality is—especially in college. I know it’s unlikely that this is the case.

I’m currently going through a process where I am forgiving a lot of people and things for the past. You have been an interesting case to forgive. Almost the easiest, because I don’t want to believe that your intent was malicious. At times, it has almost been harder to forgive you because I’m finding it hard to forgive without rationalizing your behavior.

I won’t make excuses for you, Guy Who Roofied Me. You did something that was wrong. You hurt me in a very intangible way. You violated basic human decency. As much as I want to say, “But you were only 19—you were probably forced to do it,” you still did it.

You have to live with that knowledge.

Maybe you think it about it sometimes and it bothers you. Maybe it doesn’t.

I don’t know the life path that lead you to slipping a date rape drug in my drink. I don’t even really know what your intentions were—even though all of me wants to believe they were misguided but not malicious. I don’t really know that to be true. I want to believe you found yourself in a bad situation. Cupping a small pill in your sweaty palm, feeling the silent pressure of your “brothers” pressing around you. I want to believe you had an internal dilemma. That you recognized I was a person. That you realized you were about to take away the last shred of trust, hope and openness that I had.

I can see your 19-year-old face so clearly, even 12 years later. I remember how open it was—how innocent you seemed.  I can feel the crowded push of your brothers around me. I remember the edges blurring. I remember a moment of lucidity on the cool tile of the bathroom floor. I remember not remembering anything.

There are entire chunks of time where I don’t think about what happened—or what could have happened. I believe I even went through all of 2009 without considering it. Often times, I resisted thinking on it for long because I don’t want to be the victim. To identify as a victim makes me feel a loss of control.

What I didn’t realize until recently is that ignoring it didn’t give me control.

Staying silent and downplaying the situation actually lent it more reverence. It gave you more significance in my life. It gave you so much power over me. So much so that it was you who I first thought of when I found out I was pregnant with my first son. When I watch my sons play and roughhouse, I think of you and how your mother must have watched you in the same way.

I look at my sons and realize now that, for their sake and mine, when the time is right, I have to tell them what happened. We have to talk about this openly and how this happens to women—and what could have happened to me. I have to believe that if this was something we talked about more often, in more concrete ways, then you would have not done what you did.

I hope you do. For I forgive you, but I will not forget.

We have to talk about these things if we want to effect change. And I’m starting with my sons.

Raped by a rapist. No sex involved. 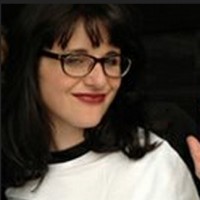