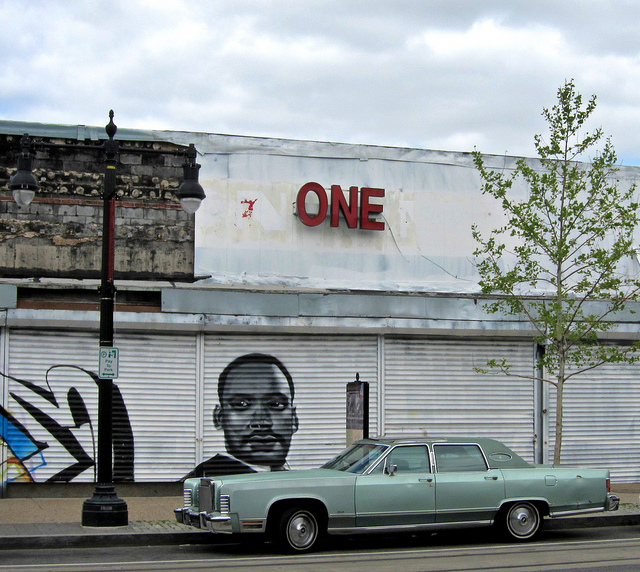 The first time anybody called me a racist we were in the car together driving to the movies.

“Make no mistake about it,” she said, “if you’re white and living in America, you’re a racist and just because you don’t say the N-word doesn’t mean you’re not.”

“Wait a minute,” I countered. “I’m the one who was raised by a man who taught me from day one that everybody is equal and that just because someone’s skin is a different color doesn’t mean they aren’t as good as me or as smart as me or as hardworking as me.”

In fact, my first-one-in-his-family born in the United States Italian-American father had taught me about the equality of all people and the poison of racism practically since before my friend was born. This friend also happened to be a White, radical feminist, dyed-in-the-wool activist who had been in jail for demonstrating for equal rights. She knew what she was talking about.

“I’m not talking about your own ‘personal racism,’” she said. “I’m talking about institutionalized racism and how, being White, you can’t escape the fact that you’re part of it.”

In fact, I resisted that such a thing as “institutionalized racism” even existed, and if it did, it didn’t have anything to do with me. I was a liberal person—a good person. I didn’t use the “N” word and didn’t let other people use it around me. Many years later I was even to write a story about it.

However, in her powerful essay on racism in America, “White Fragility: Why It’s So Hard to Talk to White People About Racism,” Dr. Robin De Angelo explains why I was resisting my friend’s comments.

“Mainstream dictionary definitions reduce racism to individual racial prejudice and the intentional actions that result. The people that commit these intentional acts are deemed bad and those that don’t are deemed good. If we are against racism and unaware of committing racist acts, we can’t be racist. Racism and being a good person have become mutually exclusive.”

Clearly, my father had good intentions when he was preaching to me all the way back in the 1940s and 50s about something that was simply not talked about in those “White’s Only” days. He couldn’t, however, have even begun to go further and explain to me how or why racism existed. He wanted me to be a good person, and to him, not saying the N-word and believing that all people were equal was enough.

My friend, however, was saying that it wasn’t enough.

“Everything was designed to include the White race and exclude the colored races from the moment the White man stepped on Plymouth Rock and began pushing the Red Man out,” she asserted. “And it’s still that way.”

While I tried to ignore my friend’s words, they stayed with me over the years.

Then, just the other day, John Metta’s superb essay “I, Racist,” appeared in my Facebook newsfeed. In it Metta states that white people are “supported by the system, and so are mostly unaffected by it.” Try and tell that to a white person and they will experience it as a personal attack on their character, Metta says.

He claims that White people are unable to differentiate participation within a racist system (upwardly mobile, not racially profiled, able to move to White suburbs, etc.) from an accusation that the individual is a racist.

Without being able to make that differentiation, white people in general vigorously defend their own personal non-racism, or point out that it doesn’t exist because they don’t see it.

Exactly what my friend had been trying to tell me that evening in the car.

“Social scientists understand racism as…a system that ensures an unequal distribution of resources between racial groups. Because whites built and dominate all significant institutions…their interests are embedded in the foundation of U.S. Society.”

My father would be stunned. But I also think he would embrace this information as truth. He just hadn’t thought of it nor, of course, had it been pointed out to him—there was just too much forest for the trees in those days. If it had been pointed out, however, I have no doubt he would have understood what DiAngelo was talking about when she said:

“Living in a white dominant context, we receive constant messages that we are better and more important than people of color. While one may explicitly reject the notion that one is inherently better than another, one cannot avoid internalizing the message of white superiority as it is ubiquitous in mainstream culture.”

For me to recognize this, it took a father who raised me to be a “good person,” a friend who I largely ignored but whose intelligent words I never forgot and, finally, as horrible as it is to admit, it took the tragic slaughter of nine defenseless black people who were praying in an African American Methodist Episcopal church in the South.

While I myself, personally, may not be a racist, so long as I deny the fact that the system and the structure and the institution of my government is, I participate in its continuation and, to that extent, I am a racist indeed.

I only hope that within this realization, I can continue to recognize my own, problematic racist patterns.

Were my friend who was riding with me in the car all those years ago be telling me today what she tried to tell me then, I would admit to her that she had a point. In fact, I would tell her she was right and I would join my words with John Metta’s and own the truth that as a White person, I am complicit in racism simply because I benefit directly from it.

I would then take the next, most important step and with him, state with all humility: “I, Racist.”

More from Carmelene on Racism:

Please don’t use the N-Word in my Home or in Front of my Children.