Cecil vs. Sandra: Do Lions Matter More than Black Lives? 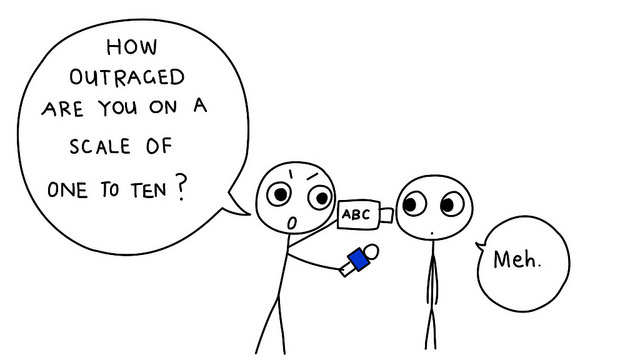 Like many people I know—my social media feed was full of posts about the passing of Cecil, the Zimbabwean lion who was killed by an American dentist Walter Palmer.

Palmer, who reportedly paid $50,000 to go on the hunt, is arguably one of the most despised people in cyberspace at the moment. On Tuesday, Palmer sent a letter to his patients apologizing to them for any inconvenience. The inconvenience was probably a reference to the fact that Palmer was forced to close his Minneapolis practice as a result of protesters.

About 100 protesters stood outside the practice carrying signs. Some of them had messages like “Justice for Cecil,” “Trophy hunters are cowards” and “Prosecute poachers.”

The fallout from Palmer’s actions goes well beyond Palmer being publicly shamed. Authorities are considering charging him with poaching. Even though memories of this incident will eventually fade away in time—there is a good chance that Palmer will always be remembered as the man who killed Zimbabwe’s most famous lion.

As an animal lover, I can’t say that I feel that sorry him—for the infamy that Palmer’s actions brought upon himself. While I don’t agree with the death threats or threats of assault that he has reportedly received, I do hope that this avowed hunter will at least think twice before he goes trophy hunting again.

However, I would be lying if I said that the whole episode hasn’t left me feeling a tad uneasy.

Before the news of Cecil’s killing broke, there were several posts about the death of Sandra Bland—the African-American activist who was jailed for a minor traffic violation and found dead in her jail cell earlier this month.

Even though Bland’s death was ruled a suicide, lingering questions remain.  Bland’s family and friends have dismissed the claim that Bland would have taken her own life.

The Rev. Teresa Dear—who knew Bland since she was a young girl—says she was a woman with “healthy self-esteem.” She also points out, that Bland was, “[S]omeone who had two job offers. Someone who just talked to her family and knew that help and rescue was on the way. This is someone who knew the Lord, and was extremely close with her church family and her sisters, her biological family. None of that adds up to taking one’s life or suicide.”

Indeed. Even if this was a suicide, then there are still disturbing questions about her arrest and the cop who arrested her—who threatened to use a stun gun on her saying, “I will light you up!”

Still, even with all this, the response to Bland’s death has been nothing compared to the outrage and response to Cecil’s death. While there has been overwhelming unity involving the latter, the former illustrates how divided the U.S. remains on issues of race. (The irony that so many have been brought together by a lion named after Cecil Rhodes is not lost on me.)

Then there are attempts by some to pin the blame for Bland’s death on Bland herself. “If only she had cooperated, none of this would have happened,” is a common  refrain.

Fox News presenter Elisabeth Hasselbeck suggested that Bland’s lit cigarette could have potentially been used as a weapon against the arresting office.  After, the autopsy revealed that Bland had marijuana in her system, some used this as “proof” that Bland had indeed committed suicide. To make matters worse, a mural of Bland in Ottawa, Canada was defaced with racist slurs.

All of this can lead to a conclusion—like that of Julia Craven and Kim Bellware—that black lives don’t matter nearly as much as that of a lion.

The truth is, both of these deaths were tragic and senseless.

However, a lion’s life should not matter more than a 30-year-old woman’s.

While perhaps it’s easier for some to feel empathy for an animal—because animals are apolitical, and even when they misbehave, they are just being instinctive—the truth remains that the passing of any human life matters.

Unlike animals, humans aren’t perfect. Most of us are flawed. Perhaps we need to be reminded of the fact that people can be imperfect and still be victims of injustices. There is no such thing as a “perfect” victim.

Even if Bland did indeed commit suicide, there still needs to be an investigation as to what exactly may have happened in that jail to drive her to it.

In closing, both Cecil and Bland died way too soon. Both deserve to be mourned, and both illustrate the power of social media, as a platform to inform people of things that otherwise would go unnoticed.

Both deserve to be remembered, but let’s not forget that Sandra Bland’s life didn’t just matter—it matters more.

The Death of a Leo (#CecilTheLion) in July.