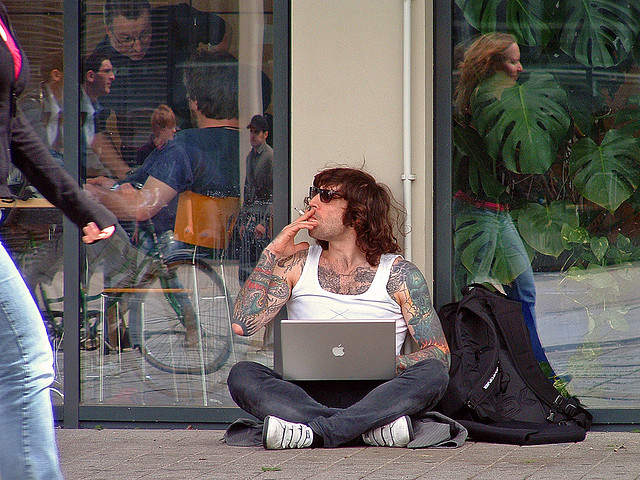 There are always a few buzzwords making their rounds, appropriated by different groups in an effort to summarize others.

Entitlement is one of those terms, and I’ve heard it a lot lately.

It’s effective in that it’s inherently negative and seemingly distills a person down to an essence that justifies loathing, which is pretty impressive for four syllables.

The reason for its efficacy is that it fits right into a phrase I’ve both heard and said, which is:

“The world doesn’t owe you anything.”

That has a nice pull-yourself-up-by-the-bootstraps ring to it. It can even be a little inspiring, implying that it’s you against the world.

“Go forth and kick ass,” it urges.

Hell yeah. I want to go train with Rocky and beat up a Russian.

But when it comes to owing, I’m not sure I believe the absolutist nothing. We as a society do owe each other a little common decency. We’re subject to the social contract, so we owe others the same respect that we demand. Since I’ve decided you can’t jog through a playground naked with a machete, I guess I’ll forego the same. Such is life. My machete jogs will have to take place elsewhere—and clothed.

But I think the most important thing we owe one another is a clean slate. Prior to interaction, we should be assumed to be decent human beings. We should be given the benefit of every doubt. We should be innocent until proven asshole-y.

And that’s why racism, classism and sexism are so destructive.

Due to the fact that those stereotypes carry information and imply qualities, usually negative, we have used up our leeway before we’ve even said a word. We start out in the minus column and are immediately trying to claw our way back to zero, a process that puts us on the defensive and our counterpart on edge.

So we’ve lost before we’ve started. And not just as an individual, but as a society. We are at odds prior to interaction, so how can we hope to be productive?

It should be noted that I understand why stereotypes persist. They are a mental shortcut that make life infinitely less taxing. If all A are B, then I don’t have to evaluate all the A’s out there, which frees up a hell of a lot of time. If I can assume all Frenchman are cheese-eating surrender monkeys, then I don’t have to talk to French guys. Awesome. That just took 33 million interactions off my schedule. I can now read up on Lafayette and the Battle of Yorktown.

These shortcuts are called cognitive biases and they are deeply ingrained from millennia of evolution. But the terminology isn’t important. What’s important is that we recognize that they tend to be our default, so we have to constantly try to make sure they don’t get the best of us. I know I do.

If I meet a guy sporting a mullet and a Shock & Awe t-shirt, my leftist, hippy, love-thy-neighbor ethos is instantly out the window as I begin judging him with impunity. And it happens so quickly I don’t even notice. I’m too busy dealing with this ignorant, racist, cousin-marrying redneck. Then I open my mouth and he’s having to deal with a pretentious, elitist, un-American prick. And we’ve been interacting for all of four seconds. Throw in the anonymity of the internet, and we’re talking about each other’s mothers and their predilection for fornicating with strangers before we’ve even had time to blink.

And blinking is important. It’s our chance to see the world anew and realize what terrible people we’re being.

So that’s another thing we’re entitled to: time to blink. We deserve the slightest of pauses to remind us to consider an individual as an individual, and not simply a member of a fictitious and well-defined group we created in our heads.

The point is that even qualities that seem to imply information are not genuine information. And they definitely aren’t the absolutes I want them to be just because they simplify my world.

We have to remember that racism is lazy. And it’s unnecessary. You don’t have to hate people based on the color of their skin. If you really have your heart set on animosity, just wait a few minutes—you can inevitably find some reason to dislike someone on an individual basis, which is significantly more gratifying.

And maybe that reason will be entitlement, because people remain prone to it. People remain prone to a lot of things. But people are an abstract collective, while a person is an individual. We must deal with individuals. Yes, it’s time consuming and taxing to start fresh with every single person, but we owe it to ourselves—and to everyone else—to take the time and go through the trouble.

We’re all entitled to at least that much.

A Hard Look Under the Bed: Outing the Racist Bogeyman. 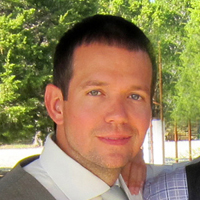