Former Experience Junkie Learns what Truly Living is Really About. 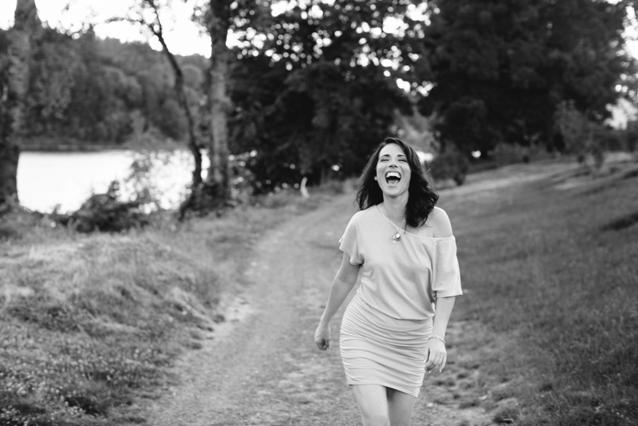 Truly living looks completely different than what I was conditioned to believe.

I was culturally conditioned to believe that living was about doing things. Perhaps even more importantly, being seen doing those things—as many things as possible!

I became an experience junkie—traveling everywhere possible, going to every new restaurant I could and taking part in every new experience I could get my hands on.

I thought I was living.

I became addicted to “the new”—new people, new experiences, new food, new drink, new sights. I gobbled them up, checking things off my list and sighing with relief because thank heavens I was “someone” with a social life filled to the brim—as if that proved my worthiness.

But you see, I was missing the most important part of being alive.

In the midst of all of that newness, I wasn’t fully present. I was often imagining that I was somewhere else or wondering if I should be. The new-ness addiction and the fear of missing out—lovingly referred to as FOMO—was ruling even the “new” choices I had just made.

Perhaps there was something even newer that needed my attention. I often felt bored in the midst of my new experiences.

Yep, I had done it—now what next?!

It was only after years and years of living this way that I realized what was happening.

You see, I thought that what I was experiencing was what life was meant to be—even though it often felt empty and somewhat incomplete.

But that little whisper at the end of the day said to me that there had to be more to living—more than just going-going-going, all in the hopes of claiming something. And besides, what was that something I was hoping to claim, anyway?

I dug deeper. What was it I was trying to get from, with all of the going and doing and being everywhere?

Suddenly the answer emerged—I was trying to prove something.

I was trying to prove I was worthy.

That was it! I hadn’t wanted to see it, but now there was no denying it.

I wanted to prove that I was lovable—but to who?

The wounded little girl in me was still trying to prove that even though mom and dad couldn’t love her (of course they did, but they were so consumed in their own drama-filled lives, they were not able to show it) someone else could and would.

I was racing around—going-going-going, busy-busy-busy—simultaneously looking for myself, and the true love that existed within me, and trying to avoid the awareness of that truth and of my true path.

But eventually, like all things in life—it found me.

I stopped. I asked for help from the only one who would ever truly help me—me.

I asked my Higher Self, my Higher Power—Spirit-God-Universe-Source, whatever you want to call it—to set me free. To let me be led by my truest self and to know what life was really about.

Now I know that truly living is not in the things I am doing, but it is in how I show up—for whatever it is that is before me.

Truly living is found within the deep feelings inside of me. It’s in the deep connections, intimacy and bonds I have with those I love.

It is residing in any given moment and being fully present to whatever is before me—the sound of the waves, the smell of the roses, the feeling of the sun warming my skin or the juicy taste of delicious food in my mouth.

Truly living is the inescapable laughter that pours from every cell in my body, during the best joke I’ve ever heard from someone I love more than words. It’s feeling the hand that is holding mine and knowing it is a hand I wish to hold for all of eternity.

It is in the moment when my eyes lock with another, and I know with every fiber of my being that I am home.

Here’s what blows my mind most of all—I can have all of that right where I am. I don’t have to be at the latest art exhibit, the newest restaurant or in Paris, Barcelona or New York City for any of that.

In fact, I’m more apt to have a full life, a truly living life—a life I will look back on with pride and joy and soul tears—when I stay right where I am.

Right here—in this beautiful body of mine, in my home state that I love with every cell of my being and in this gorgeous life that my soul chose with care, clarity and truth.

Staying Present on the Way to Our Dreams. 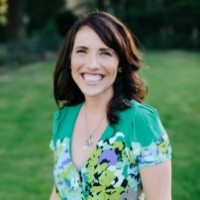