From Empath to Lightworker: How to Transmute Energy. 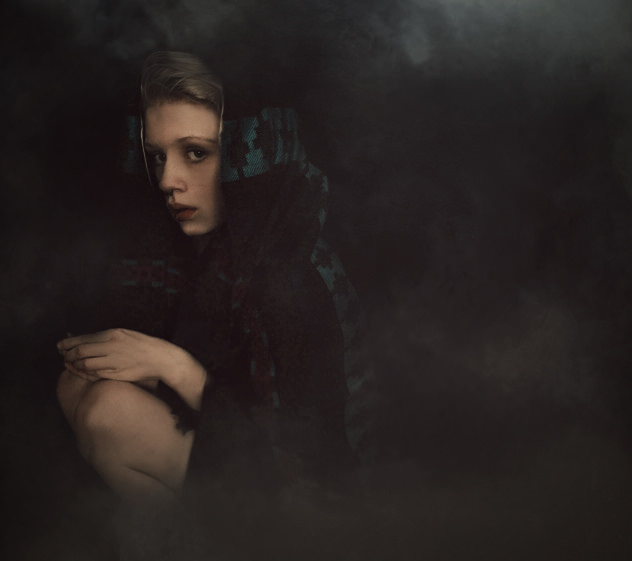 A few days ago I wrote a piece about empaths called “How to be an Empath with Muscle,” and I’ve been inundated since by requests for more information on just how to do that.

What follows is based on my own experience of being an empath, and years of making sense of, and honing, this amazing gift.

It’s also based on my years of sitting with others’ energy in my psychotherapy room, and of teaching and supervising young therapists in training to receive, hold, understand, process and contain their clients’ feelings and then give them back to the client in a manageable or transmuted form.

Let’s start with a few fundamentals:

1. We are all empaths; it varies only by degree. If we think about how large our energy fields actually are, around ten to twenty feet minimum, we get an idea of how frequently our energy fields touch and overlap. Think about that. We can’t escape each other’s energy even if we wanted to. In any case, since we’re all the same energy, separateness is an illusion of convenience, nothing more.

2. Let’s think about this spiritually for a few moments. We all seem to agree that fear-based thinking is unhelpful. So how come we start smudging ourselves from head to toe, and every room in the house, like we love-based creatures are directly under threat from something toxic? Think about it. Does that make it go away, or does that very focus make the “problem” even worse?

3. What do we all agree is the most powerful force in the universe? If the answer is Love, and I suspect it most likely is, then why aren’t we using that force in a circumstance such as this? Is it just words, or do we trust that to be true? Have a think on that one.

When I trained years ago, as a psychotherapist, it was a pretty rigorous training. Eight years in all, twice-weekly therapy, twice-weekly supervision, group therapy, the lot.

I didn’t know about energy then. However, we were taught to understand a phenomenon called Projective Identification. If you’re aware of being an empath, you might be surprised that psychotherapists have had a name for what I’m about to describe for a good hundred years or more.

Projective identification is a term that describes the receiving of another’s thoughts, feelings, memories, experiences and fantasies, as if they are your own. The therapist’s job—our job—is to work out what is theirs and what is not theirs, what belongs to the other person, and to use that to understand what the other is struggling to manage, tolerate, accept, allow into consciousness.

• Learning Point Number One: the feelings we receive from others are unconscious, not intentional. “They” are not “doing it to us” on purpose!

A good therapist has simply become highly skilled at using all their senses all the time, and processing what they are receiving intelligently and consciously. What we empaths receive—as fellow empaths will know—can be extremely complex. They can be bodily sensations, sounds, sudden emotions gripping us with a blast, voices, images, scenes replaying. We read the energy that comes with words, and we know when there is a dissonance between what’s being said and what’s actually being felt. And we feel how full silence is.

• Learning Point Number Two: we can learn to make sense of what we’re receiving as a communication from the other, rather than as an attack.

Which leads me on to the next important consideration: we don’t need to see feelings as dangerous.

We don’t need to be frightened of all this.

It’s the stuff of everyday work in the therapy room. One of the foundations of a good therapist. Therefore, in psychotherapy training, we’re not taught to fear projective identification; we’re taught to receive it willingly, but to separate out in our psyche what’s ours and what’s being received from the other. We have to do the work of exploring our own material and becoming familiar with it. Once we can work that out, we have a map to work with and we no longer get lost. If we don’t, we’re a loose canon. I’ve met a fair few in my time!

So let’s move on to the actual mechanics. Let’s talk about the defense of “Splitting.”

Splitting—splitting off. Another useful psychotherapy term. It means we can’t allow what we’re feeling into our consciousness, for fear of how painful and unmanageable it is, so we send it away from ourselves energetically.

That usually means that it’s picked up by someone else’s energy field. And that’s the purpose. It’s no different from the way a baby in distress needs a grounded parent to receive, hold and contain that distress and soothe it before giving it back. It’s how babies learn to manage feelings. It’s also why some of us who didn’t get that struggle to do so.

Feelings that have been split off are immensely powerful because they’ve been stored in the unconscious in their original form: raw and unprocessed. They haven’t been felt since, or thought about, or talked about. They’re also likely to have been magnified hugely as a result of their time in the world of the unconscious mind. Therefore, their impact on us is particularly great. But that’s okay once we get what’s happening.

• Learning Point Number Five: the reason that the split off feelings we receive from other people feel so powerful is because they are coming from the unconscious, and are therefore still in their raw and unprocessed state.

When we see it like this, it doesn’t have to be frightening, or attacking, or evil, or threatening, does it? It doesn’t need to be smudged away. I don’t know any therapists whose therapy rooms smell of white sage smoke!

The crucial thing is this: Once we know about this as a phenomenon, and have learned that we can see it differently, it’s impossible for it to be so frightening. It’s no longer a threat; it’s a soul to soul communication.

So now, if we think this through again, we can start to see that projective identification isn’t malevolent at all. The other’s feelings or wishes might be, but projective identification is a communication of them, not a receiving of them. No one can create in our reality, and no one can put his or her intentions into us. It is an energetic communication only. Anything else is about our own fear.

• Learning Point Number Six: no-one can create in our reality. We’re receiving unconscious feelings only, simply an energetic communication from one soul to another, nothing more.

Once we’ve let go of fear, we can calmly allow ourselves to recognise that we have received a communication, and to work out what it is. Then we process it (do the work of understanding it mindfully) with compassion and understanding. And then, we act in whatever way we choose.

That might be to say something; it might be to breathe it in, make space around it for compassion a while, and then give it back to the other in that new form so that it need no longer be fearful (focused loving intention will do this); it might be to release it to the Universe with love; it might be to send love out into the world in an image or the power of your own feeling. Or something else entirely.

You don’t have to hold it forever, just long enough. And the idea is to hold it as separate from yourself, not to identify with it and merge with it. That’s when you drown rather than swim with the stream.

• Learning Point Number Seven: the key task is to empathise with the feeling, not identify with it. It’s not yours, so don’t own it, simply hold it awhile and transmute it.

Anyhow, that’s my take on it. It’s what all the great sages—excuse the pun—have said right down the ages. We are one energy, and that energy is Love.

Do we not all deserve this gift from one another?

What it Means to Have the Heart of an Empath.