Grass-Fed Prison: When Control Locks You Up. 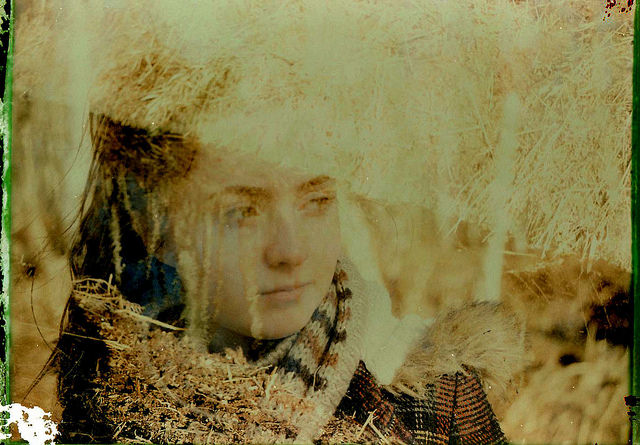 “You could afford to lose a few pounds.”

This comment, among others, was the catalyst to change my world in a horrible way.

It started out innocently, like most diets do. However, this diet started when I was in middle school. I bought a bottle of an orange substance called Hollywood Diet from our local drug store and was determined to “drop a few pounds.” The directions were to drink this juice—and only this juice—for three days.

On day two I passed out while taking a shower. I was only 12.

I figured that something was wrong with me, not the juice diet. This only made me want to diet more.

Soon, I met another girl who later became my best friend. She was very thin. I idolized her thinness and asked her how she did it. She was bulimic. I immediately wanted to know more.

At this point, I was finding comfort in food while also being terrified of it at the same time. By age 13, food had officially become my master. I continued my love/hate relationship with food on into high school—through daily purging. I had zero idea at this time that I was engaging in an eating disorder. To me, I just felt like I was lucky enough to find this secret key to staying thin.

College hit and something changed. For 3 months I unknowingly had undiagnosed Lyme’s Disease. Because I had no idea I was ill, I was confused as to why I was so tired, fatigued and depressed.

Up until then, I had never been very athletic—my extracurricular activities were drinking and boys. During this time, however, I was so low and bogged down that I decided to focus on my health and had the bright idea of joining a gym. I also decided to take a stance on my eating habits. I put down the toilet seat and started controlling my food instead.

After navigating my way around the gym scene, I immediately became addicted. My sorority sisters made comments on how great I looked. I felt powerful. I had control. I was somebody. My body was my world.

I began excelling in college and made the Dean’s list each semester. I felt like I had it all together. But then something started to happen. I found myself waking up before my roommates, weighing myself over and over, heading into my kitchen and measuring out my sugar free cereal and almond milk. I grabbed my gym gear and booked it to the gym to run for seven miles and then would weigh myself again.

If I didn’t see the weight I wanted, I would cry and restrict my next meal. I hit all my classes for the day, worked at a lab and then studied the rest of the night. Right before bed I would measure out exactly 8 oz. of wine. I had control. But stopped seeing people. I began to loose all of my friends.

Upon entering graduate school, things got worse. I didn’t go out with friends, rarely saw my family, didn’t date much and my life was ruled by food and exercise. I lost my period, became bone thin and was miserable, yet felt powerful. For a number of years I never ate food that I hadn’t prepared myself. I dabbled in every diet out there. I went from only eating sugar free and fat free, to no meat, then to only paleo.

At this point I was a licensed graduate professional counselor and a professor. I was teaching on the subject of mental health to students while I myself was severely sick. I was self-medicating my eating disorder with alcohol. I was seeing dozens of therapists, psychiatrists and doctors to help me. At one point I was admitted to a residential eating disorder treatment center and was told I needed to be there for 8 months based on my mental state.

I checked myself out after 30 days.

I wanted to finish graduate school. I needed to get that degree. To feel powerful and successful.

The eating disorder continued. The only way I was able to make any progress with my disorder was if I was drinking. On my own, I couldn’t bring myself to eat anything outside of my fridge. Soon, I found Paleo. This was the solution! I can eat delicious meat and fat and be healthy! I tossed my low fat margarine and picked up grass fed butter. Bread and grains were off limits and no dairy was allowed. I convinced myself that my body couldn’t “tolerate” grains and dairy, after reading Paleo articles stating that dairy was not meant to be digested by humans. I spent hours on the computer learning about Paleo and why we shouldn’t eat gluten.

I mind warped myself into believing I was gluten and dairy intolerant. I also learned that all meat I consumed should be grass fed. All I thought about all day was paleo meals, baking paleo dishes, making grass-fed whey protein shakes and planning my heavy lifting workouts. I would study the nutrition labels on everything and if anything wasn’t completely “natural” or “organic”, I would put it back down. Going out to eat was not an option.

My days were completely planned out and revolved around my workouts and eating times. My Sundays consisted of bulk meal prepping chicken, broccoli and sweet potatoes. This is all I ate, every day. I stopped eating fruit because of its sugar content. I began making my own almond milk. I had officially lost my mind. I was Orthorexic. I was obsessed with healthy eating. I had no space to think, to live, to be playful and happy. I was miserable and I wanted to die—again.

Like before, I began to crack. But this time, I embraced recovery.

For more than 15 years I went through Bulimia, Anorexia and Obsessive Exercising to Orthorexia.

I know now that recovery is possible. I had to be ready to do the work—and I am still doing it.

I shouldn’t have let it get to the point of severe depression or isolation.

Today, I am in recovery. Today, I am eating pizza—even if I didn’t make it myself. 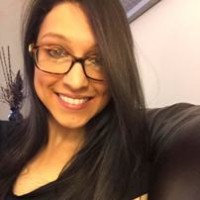