There’s a Stress Hormone that causes us to Overeatâ€”
How to Tame it, Naturally.
Buy one get one half off this Clinically-proven Formula >>

There’s a Stress Hormone that causes us to Overeatâ€”
How to Tame it, Naturally.
Buy one get one half off this Clinically-proven Formula >>

Hey, Mom: It’s All an Illusion. 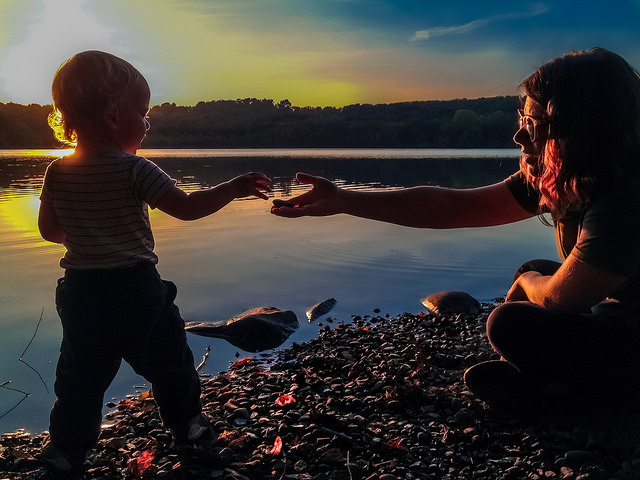 Yeah, you—the pony-tailed brunette perched on a metal bench two feet away from where your tow-headed five-year-old is climbing that giant play structure.

I can tell youâ€™re a mom.Â Youâ€™re showing all the signs.

Thereâ€™s a Mary Poppins carpet-bag size duffel at your feet, with pockets for hand sanitizer, band-aids and a pouch for extra clothes.

Youâ€™re wearing yoga pants and a loose cotton top, just in case you need to go scrambling up the slide to your child’s rescue. Your forward focus is trained on every move your little darling makes, and your peripheral vision is on high alert for interlopers who might do him harm.

Youâ€™re an attentive and caring parent with plans to leave the playground at exactlyÂ 2 p.m.Â so your son can take his afternoon nap.Â TonightÂ youâ€™ll serve him a nutritious meal—lots of fresh veggies and protein, with maybe a tablespoon of no-sugar-added apple sauce to appease his childlike tastes—before bathing him, reading to him from his favorite storybook and tucking him into bed. All will be cozy and warm and well.

But itâ€™s all an illusion, mom.

You canâ€™t protect him, and really, you never could.

From the moment he was conceived, his very existence has been fraught with danger.

The embryo might not have clung to your uterine wall, causing the pregnancy to end in miscarriage. The fetus could have developed improperly, yielding a baby with lifelong disabilities. His journey down the birth canal and into the world might have gone terribly, awfully wrong.

And even now, as he nears the pinnacle of the jungle gym with a triumphant smile on his sweetly freckled face, itâ€™s largely up to fate whether he descends into your waiting arms unscathed. Statistically speaking, he will be just fine—in this one instance at least—but the bottom line is, despite your best efforts, your childâ€™s life is always going to unfold as it was destined to do, following its own arc and trajectory. All the knee pads and helmets and salves in the world cannot keep that from happening.

I know this because I’m intimately acquainted with a small cadre of parents who have lost children to accident, disease and suicide.

One of them is my husband, whose 32-year-old son slipped off Mt. Hood near Portland, Oregon, on a blue-sky morning in 2012 and into the abyss. Jared was married with two young kids of his own. He was a Mazamas member and a brilliant computer programmer. He loved Doo Dads snack mix, Quentin Tarantino flicks and the color orange. He was hilariously, disarmingly funny. We miss him every day.

Another is the graceful and exquisite mother of Ryan, whom I first encountered in my capacity as a reporter for a Portland-area newspaper. Ryan was the third of Michele’s four grown kids—a musician, an employee at a high-tech firm and a gentle, sensitive soul whose bipolar disorder tangled his world view so overwhelmingly he fled alone into the forest two summers ago and never returned.

He was missing for 40 days before his family discovered he’d taken his own life in a leafy grove just north of a well-traveled commuter highway.

And, most recently, the only child of a dear college friend succumbed to suicide three short months ago, paradoxically the longest 12 weeks of my chumâ€™s life. His son was just 26 and a rising-star salesman, car buff, snowboarder and stained-glass artist. He was beautiful, with wavy sandy-blond hair and deep set, expressive eyes. For his heartbroken father, the sun rose and set on him.

All of these parents now walk in bereavement, â€śnot running from it,â€ť as my friend Michele writes, â€śfinding grief over a dearly loved and lost child an appropriate companion, one who will walk quietly and peacefully with me all the days of my life.â€ť

But back to you, mom. I don’t mean to be a downer.

Seriously. I’m not telling you all this to suggest there is no hope for the future or that your own unique and amazing boy won’t grow up to succeed, find true happiness and thrive. No, chances are pretty good he’ll be OK—even better than OK.

And anyway, my message isn’t about hand-wringing and expecting the worst. It’s about embracing both shadow and light, which are really two sides of the very same thing.

Paul, a high school buddy of mine, passed away from an aggressive form of cancer just weeks before our class graduated in 1975. Along with his family, we remembered him one bright May morning inside the cavernous sanctuary at Our Lady of the Lake, a stately Catholic church where, coincidentally, my niece will be married this December.

His was my first funeral, my initial encounter with death and my invitation to consider my own mortality and that of everyone I love. I didn’t know it back then, but in his premature departure, Paul gave me and our contemporaries a great gift.

He taught us to open our eyes and our hearts to what is and to be present, every moment.

A funeral one day, a wedding the next. See? Shadow and light, sadness and joy.

You can be awake to it all too, mom. Ditch the anxiety and love your little guy with abandon. As Marcus Aurelius counselled, keep an untroubled spirit.

And don’t ever, ever look back.

How Iâ€™m Mastering the Art of Losing. 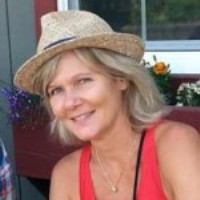 Justice BartlettÂ is a lover of love, and a lover of words, life, nature and communicati…