How a Starfish Ended my Toxic Relationship. 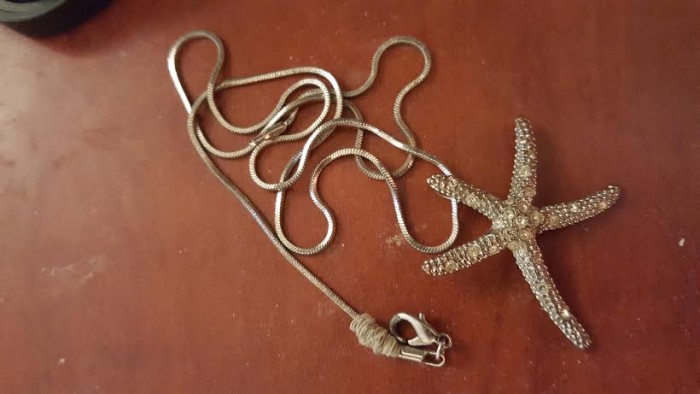 This morning I was on the phone, mindlessly fiddling with my hands and rummaging through my wallet.

Without thinking, I pulled out a plastic baggie and fingered the contents. Somewhere in the conversation on the phone with a colleague, my fuzzy awareness shifted from what I was hearing to what I was seeing as I was unwrapping the plastic—a starfish necklace I had tucked away and somehow lost.

The call came to an end and I sat sharply staring at this lost treasure.

It was a cheap 10 dollar necklace. But literally every single day I wore it, I had gotten compliment after compliment on it.

I don’t remember the reason I took it off—a doctor’s appointment or something. It had gotten lost and was missed for a long, long time.

The significance of this starfish goes much deeper. I had bought it on a three day getaway with my then romantic partner.  We flew together to a high end resort in Arizona. He had wanted the trip because he had been in a dark hole. I was hopeful that the trip would cheer him up. I chose the venue, and the activities and looked forward to it with joyful anticipation. Most of all, I looked forward to the re-connection with him.

When we got there, it rained, both outside and inside our hotel room. I tried to reach out to him. I smiled excitedly and was so grateful to be with him. To be sharing this beautiful place. A stretch of time to just be with one another.

But the new setting did not change his mood. He sat with thunderclouds above him in utter silence. He reached back to me only to spit bitter contempt toward me and make biting comments if I dared break the silence. I burned in shame with each attack. I remember excitedly talking about the things we were going to do with our day and he barked that he intended to go nowhere, and I could “do whatever the hell I want.”

I felt my heart crumble as I watched his stony face. I tried again and again and shrunk more and more into myself with each barb thrown. We did get in a few wonderful moments…a peaceful walk in the desert and an enjoyable hour or so at a downtown pub talking to the locals. I tried to hold onto those sweet moments of bliss.

When we went to bed that first night, I sat in silence, watching him text another woman—an old girlfriend he frequently fell back into flirting with throughout the previous few years we had been together. I later asked him about the texting, and he flat out lied. He was talking to a “male friend.” I said nothing.

I felt trapped, unable to stand up for myself. I feared his angry attack if I did. I already knew he was skilled at kicking me out and rejecting me, leaving me stranded miles from home.

On the last morning we were together in that beautiful hotel, I sat next to him in bed. I put on a happy face, and focused again on the positive and the blessing of our being there together. The sun was coming out and the pouring rain that permeated most of our trip had ended. The grounds were beautiful. We saw the most beautiful, massive double rainbow I had ever seen as the evening came on the day before and we had shared it together. He even seemed at peace a little then. We had plans for the day and he seemed ready to go out into the world together.

We went down to breakfast and I tried to shrug off the burning in my heart from the days before. We walked into a beautiful morning buffet, filled with sights and scents of incredible food. I warmly reached out to him with the smell of coffee in the air, asking if he would like some. He bit at me again, hatefully barking out that I should “worry about myself” and that he would “worry about himself.”

I remembered the wall I had tried to create for myself, to protect against his two day contempt attack. But I broke. I cried through breakfast face to face at the table with him. I couldn’t choke back the tears any more. He sat in silence.

I left breakfast and wandered the halls of this expensive, beautiful hotel alone. In this beautiful city on this beautiful trip. I stopped in the souvenir store, and saw this glimmering starfish, only 10 dollars.

The day I bought that starfish, it was a commitment to me. It was for me to wear and to remind myself that I matter.

That the starfish I needed to pick up, the one that mattered, was me. That the disrespect and utter contempt that had been thrown at me again and again during that trip and throughout that entire relationship, was not something that I deserved. That it was time to value myself again. The starfish was a symbol of my value. That I never, ever needed to accept someone who treated me with contempt, who abused me and tore me down ever again.

Having had a history of these kinds of relationships, this was about as big and as meaningful a moment in my recovery as there had ever been. I wore that starfish every day, looking at it and secretly knowing for myself what it symbolized.

I lost the starfish necklace a few months later and I lost my way.

I don’t know what the slippery circumstances were that specific time, but I stayed in that relationship. I stayed with someone who was not just disrespectful and disloyal, but verbally and emotionally hateful. Not just towards me, but towards the world—his own children, his coworkers and most of all to himself. I let this relationship spiral me further and further down into a toxic dump of disrespect, yelling and name-calling. The more he hated, the more I tried to heal, so in love.

Most ironically, towards the end of our relationship, several times he reflected back on that trip in anger—blaming me for ruining it. In his world, it was my fault that trip had gone so badly for him.

Finding the starfish today was a visual reminder that I have found myself. That I value myself. That I love myself not to allow people to treat me that way ever again.

Getting caught up in relationships with people who are toxic, personality disordered, or just plain angry and unkind, is so very destructive to our souls. I need to remember that I am the Starfish. That I matter. I will not forget that. Ever.

The Most Important Relationship & How to Nurture It. 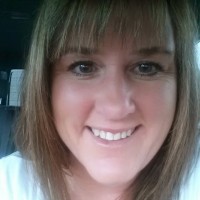