How I Learned to Have Sex Without Shame. 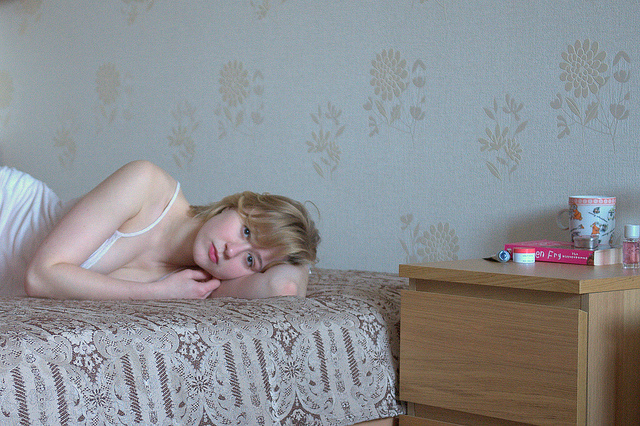 I looked down at my ring and the words “True love waits” gleamed back at me.

I could remember the day I received the ring, and the purity contract I signed, promising to keep myself chaste and pure, until the time I married the man God had chosen for me. I was 13 and naive to what I was signing truly meant—all I knew about sex is that it was for married people and good Christian girls were to remain pure until their wedding nights.

At youth group, we were constantly reminded to remain pure; it was our job to not tempt the boys, so tank tops, and short shorts, and bikinis weren’t allowed. God forbid the boys see our shoulders or legs and get too excited.

I met my husband in college and while he didn’t believe in my purity ring vow, he respected that it mattered to me, so we approached our wedding day having done nothing more than kissing. That night, in our honeymoon suite, I dimmed the lights, hid my body as well as I could, resigned myself to lay there and let my husband do what men did.

That first experience was awful. I’d had no idea what to expect.

It left me huddled in the bathroom crying, leaving my poor husband befuddled at what to do.

On our honeymoon, he attempted to perform oral sex on me which made me mad enough for us to have our first married fight. To me, oral sex was wrong. It wasn’t something “good” wives did, and I felt he was disrespecting me by trying to do that.

Although our marriage progressed happily enough, our sex life basically stopped. I was too nervous, and felt awkward in bed, and he hated that each sexual experience left me in tears.

About six months into our marriage, during a rare intimate moment, I allowed my husband to really touch me there for the first time, I can remember the immense feeling of pleasure I experienced, a feeling of my body bursting.

I reached orgasm for the first time.

Yet instead of joy, I was mortified that I took pleasure by him using his fingers and mouth on me.

This deep sense of shame lingered for days. I couldn’t look at him as I was so sure that I had ashamed him by my wanton ways.

After that I withdrew, closed in on myself, and pushed him away. We became friends and gave up on the sex part of the marriage.

While on vacation for our first wedding anniversary the dam broke, we argued over my inability to allow myself to enjoy sex. Instead of getting angry, he was patient. He slowly persuaded me to keep trying. To my horror, it was rarely on the bed under the covers like I was taught sex should be; instead he would initiate it in the shower, on the floor, by the sink, and occasionally on the bed—just never under covers.

He would leave the light on and he would be sure I climaxed each time. When I would go to hide, ashamed after the orgasm, he would instead hold me and talk about how much he enjoyed giving me pleasure.

It didn’t happen overnight, but slowly sex was no longer something I feared. It became something I loved. I was soon wanting it more and more and was opening up to trying new things. I can remember giving him oral for the first time and afterword feeling so sexy and confident.

We will be married eight years this August, and for the last six, sex has been amazing. it’s been raunchy and dirty but also intimate loving. I finally can say I am almost 100 percent shame-free, and I am lucky enough that when shame does rear its ugly head, I have a partner there to reassure and help me move past it.

I know that I’m not the only woman to feel shame. Purity rings and purity balls are happening right now, young girls are being taught to hide their bodies, to keep themselves pure, to allow sex only in marriage—and even then to be sure it is done in a pure, and godly way.

We need to stop telling young women (and men) that sex is a shameful act.

Purity rings tell women that our bodies and our desires are wrong. They send the message that that we must remain pure in order to be considered good.

We should be able to choose who to sleep with and when without feeling shame.

Sex is a physical act that feels damn good—it should be celebrated and enjoyed.

10 Ways to Become Sexually Empowered & Start Having Orgasms Like you Mean it. {Adult} 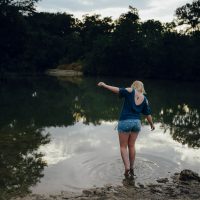 Michele Genzardi is a writer,  Words saved her when she broke into pieces, they’ve  always been her solace, her heart written on the pages. She draws you into her world wi… Read full bio