Let’s Really Talk About Sex: The Rebirth of the Sex Circle. 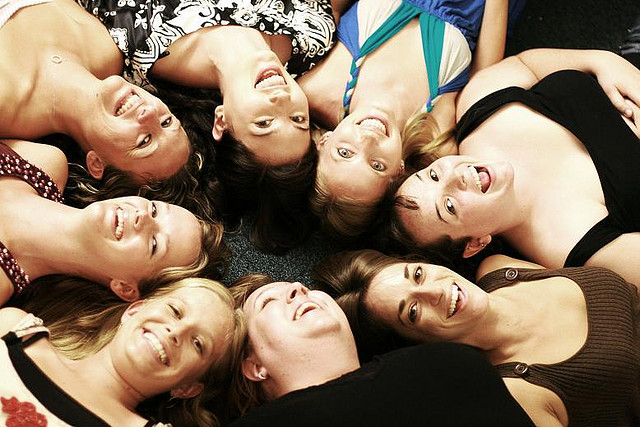 Sex. We all know it’s a hot topic. But how many of us get real about sex, get to talk deep, in an intimate group—call it a sex circle—of other women?

In our old tribal, village days as young women came into their sexuality, they would be introduced to sex, initiated, have their questions answered and their fears allayed by other women in their tribe. Be it by their grandmothers, mothers, sisters, cousins or friends.

It is even said that in order to initiate young women into their sexuality, some tribes encouraged sexual exploration between young women around the age of puberty so that they would come to know their own bodies as women before experimenting with men.

At the other extreme, many women have never seen another real, live, in-person woman’s yoni (Sanskrit for vagina), let alone the intricate folds of their own.

And how many young women in their budding sexuality actually turn to their grandmas (or their mothers) for any sexual advice?

Society’s sexual pendulum swings between total immersion in candy-coated cyber-sex on the one hand and utter naivety about our own in-the-flesh physical bodies and sexual anatomy on the other.

Many of us women only get to “view” our yonis through the “eyes” of our OBGYN’s speculum or during the vaginal birth of our children (if we are lucky enough to see the birth of new life by someone literally holding up a mirror to our vaginas.)

On the night, a camera was set up on a tripod with a self-timer, and each woman had a turn to go into a room and take a selfie portrait of her own yoni.

The anonymous photographs were printed and hung on the wall for all the women to marvel over with a glass of wine in hand as though mingling at an art gallery.

Nobody knew whose “pussy portrait” was whose and my friend reported that it was liberating to see how different real women’s yonis actually looked.

Talk about breaking the ice. What a brilliant way to normalize our so-called “private parts.” Another way is to go to one of the many sex empowered workshops on offer nowadays, especially in the open-minded, sexually liberated Bay Area in California, like I did.

Without giving too much away, I’ll just say that, similar to my friend’s experience at her “pussy party,” I found it so liberating to sit in an intimate group of other women, who fast became friends, and to actually look, shamelessly, at one another’s yonis.

It felt safe and normalizing, not medical or pornographic. It felt like we were just a small group of friends showing each other something important and personal to us. Like sitting with your besties and carefully looking at each other’s personal photo albums.

At one workshop I attended the facilitator held what she called a “sex puja.” Puja is a Sanskrit word for “prayer ritual.” It means worshiping, honoring or revering something and holding it sacred in your heart.

This, to me, is a far cry from the way our culture, at large, perceives sex.

Then, one at a time, the outer circle of women moved clockwise one person over so that by the end we had each had a chance to share with every single woman in the group.

It was one of the most amazing group experiences of my life to hear other women share so openly about sexual shame that I had thought was mine alone or sexual bliss that I never even knew was possible.

And to have the opportunity to learn from an array of women—some 20 years younger, some 20 years older than me—was invaluable.

Most importantly the sex puja made me feel normal. That no matter what I had experienced in my sexual history, no matter where I was on the journey, there was someone else who had been through something similar and someone else showing me the way to something better.

And so this piece is to pay homage to the rebirth of the sex puja or sex circle in our modern culture. And it is to inspire women to create one in your own communities.

In my community, I am proud to say that a tenacious, sex-positive woman started a women’s sex circle that meets bimonthly.

Our first sex circle was heart opening, eye opening and yoni opening and was a forum to simply talk openly about how we feel about sex, what we want in our sex lives, what we fear, etc.

We didn’t strip our clothes down although that would probably have felt okay too. As long as there is mutual trust and respect, there is as sense of safety.

The sex circle showed me the many faces of Woman: the super sensual, 20-something virgin; the strong, dynamic openly bi-sexual woman; the shy, exploring-her-boundaries and learning-to-say-no-to-sex 19-year-old woman; the veteran, empowered and proud sex-loving woman; the partnered, yet celibate and seeking Tantric exploration 30-something woman and the in-the-sweet-afterglow-bliss of a new turned-on fling woman.

I was surprised to hear that one woman (whom I would not have expected) enjoyed being dominated or that another woman (sexually active for years) didn’t know that the bulge inside her yoni was her cervix (the opening that dilates to allow for the birth of a child) or that the most sensual woman in the group had never experienced penetration or that the shyest woman in the group was having mind-blowing sex.

I mention all this because it is so important to normalize sex in our culture. As long as the sex being spoken about in conversation is consensual and a woman is coming from a place of empowerment not victimhood.

It is vitally important to our mental, physical, emotional and spiritual health as women to simply open up conversations, in-person, not just on online forums about sex.

We need to do this face-to-face so we can see the many faces of sex and hear the many voices of sex and therefore normalize it for ourselves through the trustworthy bond of our sisterhood.

Which brings me back to the beginning of this story…

Sex. We all know it’s a hot topic. But how many of us get really real about sex, get to talk deep, in an intimate group—call it a sex circle—of other women?

Here’s to starting your own Women’s Sex Circle!

The Art of Giving an Orgasmic Yoni (Vaginal) Massage. {Adult} 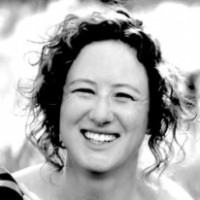