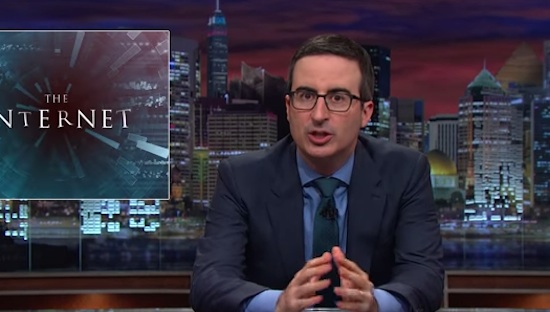 I’m tired of people denying risk by blaming the victims of revenge porn—and so is John Oliver!

Bravo to John Oliver, comedian host of HBO’s Last Week Tonight, for the metaphor, “Listen guys, if you don’t want to get burgled don’t live in a house!”

Finally we are seeing real action to hold cyber criminals accountable instead of brushing the issue off by blaming victims.

Imagine being at work when your boss whispers to you that your nude image was anonymously posted on his FaceBook page. He is placing you on leave until an investigation can be completed.

Perhaps you took the photo for your intimate partner, it was taken without your knowledge in the locker room of the gym, or maybe your face was digitally placed on another person’s body? Maybe you know the perpetrator or maybe not. Either way, everybody who you think may help laments there is nothing you can do to remove the image, nor do you have legal rights against the dirtbag who posted it. What if you feel so helpless, humiliated and scared by this horrifying ordeal that you get deeply depressed or suicidal?

This very thing has happened to thousands of (mostly) women all over the world, each facing the grim reality that their father, colleagues or children may view this most intimate moment. Consider for a moment the irreversible harm that has resulted from these brutal acts to ruin a victim, including damaged relationships, loss of community, lost jobs, expulsions from school, harassment, stalking, sexual assaults, extortion, anxiety and depression, PTSD and suicide.

Doesn’t it seem reasonable that Google would remove explicit photos that are loaded without the victim’s consent? Well not before today. Finally and after much pressure, Google announced on June 15, 2015, “We’ll honor requests from people to remove nude or sexually explicit images shared without their consent from Google Search results. This is a narrow and limited policy, similar to how we treat removal requests for other highly sensitive personal information, such as bank account numbers and signatures, that may surface in our search results.”

If the complaint is verified, the content will reportedly be hidden from public view and the offender’s account will be locked until he/she agrees to remove the content, or the offender’s account may be suspended. This is the biggest tech industry move to date, particularly considering Google’s tradition of hard line First Amendment issues. Googles move follows similar policies adopted by Reddit, Twitter, Facebook and Periscope last spring.

When one thinks about it, doesn’t it seem insane that we would get so deeply ashamed simply because our body is revealed publicly? I mean after all, we all have the same parts! And let’s face it, sexual behavior is hardly unique among our species. But until we “evolve” and learn to accept our sexuality without shame, our bodies remain intimate, private—the property of its owner. Furthermore, the very betrayal of having trusted somebody and then have them intentionally harm you with something shared so intimately is undeniably horrifying.

And even worse still, what kind of monster intentionally sets out to degrade and hurt total strangers on a whim? The kind of person who can get away with it again and again in many states, evidently.

Without our voices demanding accountability from online perpetrators, victims will continue to go unprotected. I’ve been calling for a GetKidsInternetSafe revolution to help to parents teach morality, values and kindness as well as digital citizenship, encouraging boys and girls to develop a healthy online reputation from the very start.

Morality and compassion is taught, not inherited. It must be taught to both boys and girls from the very start. 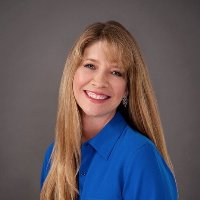