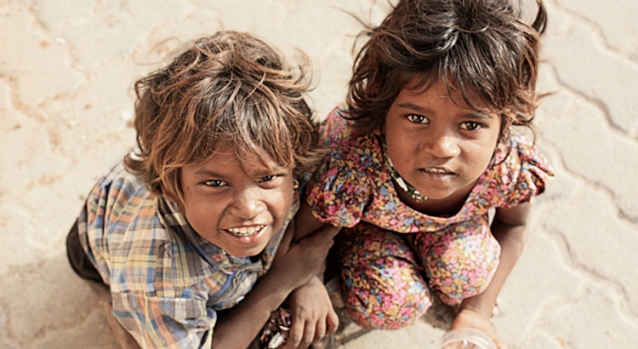 How can we help our kids to grow up emotionally healthy and mentally strong?

Where do we draw the line between educating them and programming then with old patterns?

How can we respect their uniqueness and individuality while we teach them how to fit and be safe in this complicated world?

Educating little human beings is a difficult and important task that many of us face in our lives. And sometimes we forget that kids need to be kids—just as a tree was once a nut and took its time to deepen its roots to grow strong, healthy and beautiful.

For kids to become mature, emotionally balanced and physiologically healthy adults with the high self-esteem needed to succeed in this competitive world, we must respect their growth and let them be children. We must let them explore, develop their creativity and intuition, run freely and dress like kids.

They need to deepen their roots to grow strong. The childhood years are going to be their emotional and psychological pantry for the rest of their lives.

But this emotional and mental health is being seriously threatened right in front of our eyes and we adults seem to be blind to it and unconscious perpetrators of this threat.

Kids are the most important link in human race and their minds are also the most impressionable ones.

What we teach them today will be manifested in the world tomorrow. Sometimes we forget that in the blink of an eye they are going to be the ones in charge—it’s in our hands to show them how to do it better than we did.

What I am talking about here has a clear scientific explanation. Since the 1920s and thanks to the development of the Electroencephalogram or EEG, we can measure the waves of our brain. Scientists have found that our brains operate in five different electrical brain waves: Delta, Theta, Alfa, Veda and the recently found Gama.

Theta and Alfa are the states of consciousness where people are less critical and discerning in their thinking and are highly suggestible and receptive to the influences and suggestions of other people—much like being in a hypnotic state.

Children’s brains accelerate between the ages of two to six, maturing from Delta to Theta.

This explains their great imagination and playful creativity. From ages six to 12 their brains accelerate again, to an Alfa state.

Thus children between the ages of two and 12 are in Theta-Alfa states, the most hypnotizable, programmable states of consciousness—this is when their beliefs are programmed into a highly suggestible mind state.

Beliefs and patterns such as:

This is what being a woman is about.

This is what men do.

This is what marriage is about.

This is what God is about.

This is what life is about.

The list goes on and on, defining and programming every single corner of their present and future life to be an exact reproduction of what we were taught life was about.

This, by the way, doesn’t seem to work very well. Just have a look at how the world is nowadays.

Further, this is also the stage where the so-called “truth” about themselves is programmed and reinforced, things like:

“You are silly if you say this or do that.”

“You will never achieve anything.”

And it goes beyond what we tell them, it’s what we force them to do, wear, say, watch and study.

The World Agenda is Programming our Kids.

Nowadays I am realizing with great sadness that our little ones do not look and behave like children anymore but like little copies of adults. Absolutely sexualized clothing, miniskirts and heels for girls, highly masculine hip-hop outfit for male kids, dyed hairs, piercing, and cell-phones.

These apparently innocent things are actually programming our children with what will be their lifelong beliefs.

If they are lucky and strong enough, they will deprogram themselves one day with a great deal of effort and money in therapy.

We are investing in future unhappiness and trauma by not letting them be children, by not letting them explore without having the pressure of roles, sexualization, technological dependency or imposing on them limiting beliefs about themselves, their mental capacities and their personalities that are going to act as a self-fulfilling prophecy and become their reality in the future.

They will face hard situations, separation and gender differences as soon as they become adults. But it will be a more balanced confrontation if they are coming from a place of self-esteem and a deep knowledge of their value outside the societal rules, roles, and values.

Girls are learning from the youngest and most suggestible age that dressing provocatively is what makes them lovable and accepted. They learn that appearance, outfits and material possessions are the keys to happiness and social status. Lately all media products for kids are showing female images that are far from natural beauty canons, fully sexualized and overly shallow.

This may be translated into eating disorders, weak personalities, excessive attention to their physical aspect and lack of self-worth and self-esteem as soon as they enter their teen years.

Boys are instructed to “be strong,” sometimes almost rudely. They are clearly instructed not to do feminine things like dancing, painting or writing poetry and firmly encouraged to do “boy things” like playing violent sports and listening to hard-vocabulary music that gives their easily influenced minds messages about drugs, sex and violence.

A clear one-way ticket to troubled teenage years and a hard adult life.

This way children are getting to learn that there are “girls” things and “boy” things. They are learning it from the “life lessons” that adults impose on them. Most of the times the little ones don’t get to experience and choose what feels right.  Instead they have the roles imposed.

What about just being Children?

Kids have a world of possibilities to choose from when they are young and the best thing we can do is guide them carefully and attentive while allowing them to develop their own personalities.

Who knows if they will find new ways of problem solving that we have never even imagined? Or if, by playing freely, they find creative ways of resource management that has not been invented yet?

Maybe they can see things too little for us to notice but that are key to change “big things.”

Since they are not tight to schedules, stress and responsibilities their creativity can flow much more than ours and thus they are potential creators that we should not underestimate.

How to differentiate when we are programming our kids from when we are instilling them with our particular values, morals or lifestyle, is an important distinction.

I believe the key is to deliver education in a positive and empowering way. It should be based on building their self esteem and make them stronger and healthier emotionally. Show them the wrong path without discouraging them to investigate new ways.

Teach them to think by themselves by walking them through understanding instead of imposing unquestionable rules.

Listen to them and value their point of view instead of despise their opinions because “they are little.”

When we base education in love, compassion and trust its when they understand the best.

Positive reinforcement instead of negative.

We need to stop holding small children up to the standards of adults. As parents or tutors, we could try to respect a bit more their inner wisdom, their inner intuitive spark and guidance (with who they are totally in contact) while guiding them safely through this sometimes difficult or even dangerous world.

They know that we believe in them! There is a lot that we can learn from the children who we teach.

We can learn from them to reconnect with our inner child as well. We could act like children, once in a while to meet them at their super charged level. We will have a lot of fun and insights.

It is every parent’s desire to see their children have a better life than we did, right?

Then let’s end the programming, which is being imposed on our children’s impressionable minds. The same old patterns which have not worked for us.

Let them be themselves and give them the chance to create a better world. 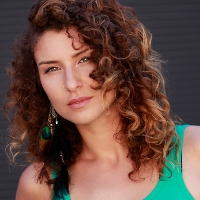