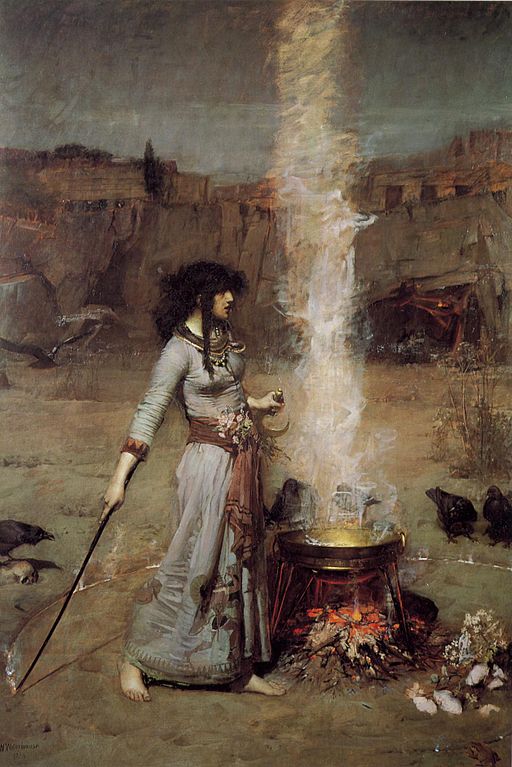 Before the United States became a country, there were witch hangings and it’s something I often think about around the Fourth of July.

This past month marks 323 years since the first witch hanging as a part of the infamous Salem Witch Trials in Massachusetts. Back then people (mostly women, though some men too) were accused of being a witch based on their behaviors or interests, but now being a witch is proudly self-proclaimed.

The word witch is often associated with images of an old woman with warts and a large nose who’s into evil or scaring children. In the Wizard of Oz or other mythology the witch was either good or bad but never both but these images and stereotypes are outdated and already in the midst of a makeover.

The way I see it, the new version of the witch is much different. She (though could be a he, for the purpose of this article I use feminine pronouns) works for the light and the dark and oscillates between being a loving mother and a wild lover. She has the beauty/power of the seductress and the brains/wisdom of the crone and knows when to use which. She is both the Earthy warrior goddess and the mysterious cosmic communicator.

I want to be this woman. And, as my latest issue of the magazine The Cauldron: Witchcraft, Paganism, & Folklore arrived in the mail, I wondered if I was, in fact, a witch. Sure, I have a cat, celebrate the cycles of the moon, wear lots of black, love magic and study astrology—but was I really a witch or just a wannabe one?

After careful reflection and a lot of tarot, I decided that yes, I am in fact part witch (though not as much as I’d like). However, as an etymology detective (it was my entire thesis topic) it was important for me to first understand where the word itself came from since the original meanings of words are often more powerful than the modern adaptations. It is of mysterious, uncertain origin, though the best guess is that it came from Proto-Indo-European meaning “to be strong, lively.” It shares the same roots as the word wake, though I have come to understand the word means an awake woman/man.

A witch is a woman who is awake and aware of her soul, body and darkness. She knows the deepest parts of herself and knows her strength comes from this depth of knowing. Transformation is her playground as she loves her ever-changing, wild and chaotic nature. Throughout different cultures she has many names as the dark goddess: Kali, Lilith, Ceridwen or Psyche. However, witch seems to sum her up best.

As witches are bridges of duality, the signs of witchhood require an “as above, so below” approach. So, here are the internal and external omens that have revealed to me my own witchiness:

1. Interest in healing and esoterism including, but not limited to: astrology, herbalism, energy work, crystals, sacred geometry, tarot, alchemy or other divination.

2. Following and communing with the cycles of the moon and seasons. Bonus points for rituals with the moon cycles magic/manifestation.

3. Wearing lots of black and grey. Black is the ancient symbol of the mysterious feminine and grey in esoteric traditions is linked to wisdom.

4. Believing in magic. Whether its synchronicities or manifestation, respecting and honoring the deep relationship between the inner and outer worlds.

5. Gathering in community. Witches (of male and female gender) gathered together to create and cast spells (I like it nude, but find sometimes that makes people uncomfortable…you know who you are…sorry).

Oh and it certainly doesn’t hurt if you own a cat or two. Cats were believed to be protectors from evil spirits, so witches needed them nearby. However, perhaps more importantly than the visible signs is your internal process.

1. Being nourished and comfortable with the darkness and your own shadow. Knowing this darkness is the key to owning your light and power. Bonus points if you actually let your darkness out.

2. Courage to follow your desire. This is how the witch finds her freedom—getting rid of suppression and niceties to allow herself to want what she wants. Hopefully no more fears of witch hunts!

3. In touch with your volcanic, powerful sexual energy. Owning the creative energies of our first and second chakras as the root of our power. Gulp, I’m certainly still a bit afraid of it.

4. Owning and listening to your authority, wisdom, and intuition—the gifts of the divine feminine. Witches listen to others but ultimately follow their own instincts.

5. Communicating and listening to other realms and beings from (and not from) Earth, whether it be star beings, animals, elementals (fairies or elves) or angels.

Most importantly, the witch understands the importance of tending to her cauldron of desire. She understands that this transformational energy of desire feeds her soul and moves her toward becoming more herself. While she may not always be “pretty” or “nice,” she is powerful and a virgin in the purest sense of the word.

While the witch hunts were hundreds of years ago, this archetype is more alive now than ever. As the next wave of feminism attempts to integrate more and more feminine values into society, the witch as the wild feminine has never been more necessary. She might have been hunted and quieted before but now she no longer hides in the shadows and is rather mainstream.

It is up to us to help the witch enjoy her freedoms by owning up to our own witchiness and paying attention to the omens.

Most Women Won’t let Men see the Most Magnetizing Thing about Us. 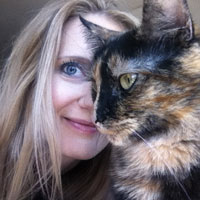