Racism in a 2-Year-Old’s Eyes.

For example, what does a little girl think about racism before you tell her about it?

What kind of opinion is she born with?

A 2-year-old version of myself that sat at a table just a little too high for me remembers one thing clearly about my babysitter—she gave me the best afternoon snacks ever!

It was always the same, but I loved it—chocolate Snackwell cookies with a glass of iced Coca-Cola.

For reasons I didn’t understand, we didn’t have much of those snack-able luxuries at my little house. What I did understand didn’t make any sense—my mother had left me and Dad, and no one would tell me why.

Therefore, going over to my sitter’s house when Dad was at work all the time was like a little holiday for me, and my sitter loved me like her own daughter. She had a slightly raspy voice from the cigarettes that she smoked occasionally, and she always had a smile on her face, surprising me with new toys and telling me little stories.

She was like part of my little family, and her husband was an expert accordion player who loved it when I danced along to his live performances in the living room. This couple was a pair of the happiest people I’ve ever met in my life.

Actually, this couple was a pair of revolutionaries, but I didn’t learn that until after they died. I didn’t see them as anything other than sweet people who were just like me. But after I grew up I was told they were not “just like” me.

You see, my sitter was black, and she married a white man, and we were living in rural Louisiana in the ’80s.

This was a place where racial equality was still a bit of a theory and not really practiced.

I didn’t know how much they went through just to get married and live together. I didn’t know that they generously watched me for free because my dad was broke and they couldn’t have kids of their own. I didn’t know how Dad was incredibly grateful to them for watching me because he was fighting to hold down a job, go back to school for a degree and keep custody of me so that I wouldn’t have to grow up with an addict for a mother.

I never understood as a child why we always sent them cards and went out of our way to visit them even years after we moved out of state and Dad remarried to start a new family.

I didn’t understand any of these things because, to me, the color of my sitter’s skin was as inconsequential as her eye color or hair color.

When I became a teenager, this couple died just a few months apart from each other as if they couldn’t bear to stay apart for long. Our last family visit was to their above-ground Louisiana tombs, stacked close to each other in the marble-shelved drawers of the outdoor mausoleum.

I had told them, “Thank you” many times before, but I wish I could say it again one last time because it would mean much more now.

Now I would say:

“Thank you for watching me when I was little without ever asking for anything in return. Thank you for giving my grieving father a chance to start over and make a new family with a better income when he had to fight the court system to keep custody of me. Thank you for being like surrogate parents when I was growing up alone with questions that no one could answer. Thank you for showing me by your example that love doesn’t care about the color of your skin or where you come from. Thank you for not being afraid to love each other in a society struggling to keep you apart. And especially thank you for loving me so much that I had more reasons to laugh than I did to cry. I am a better person because of both of you.”

What is racism from a child’s perspective? It simply doesn’t exist.

When I got older, I was shocked when I found out that the rest of the world makes racism a reality.

We live in an age where more people are traveling to new countries than ever before, and even online anyone can reach out to interact with almost anyone else on the entire planet.

In today’s world, the lines between races and cultures are blurring more and more every day.

Therefore, isn’t it amazing that tragedies like the Charleston church shooting still happen?

What will our children think about racism in the future generations? We cannot predict what they will decide as adults, but we can at least tell them positive truths while they’re still children.

Beyond Charleston: Racism is Learned, so Let’s Stop Teaching It. 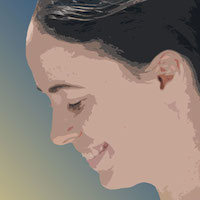