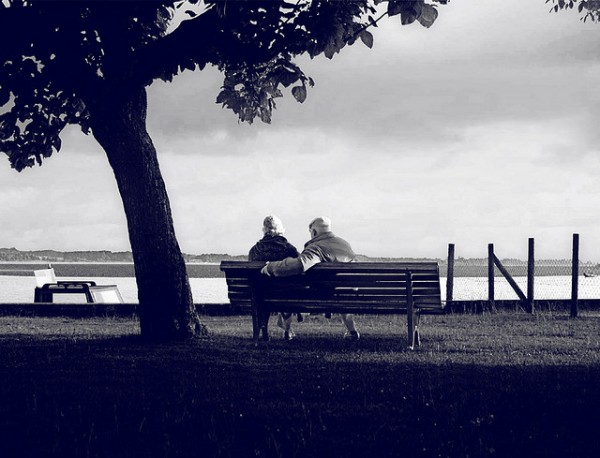 Sometimes it’s easy to forget that he’s dying. Or rather, perhaps, it’s hard to remember that, some day soon, he won’t be alive.

You’d think that the reminders would be in each moment I walk with him, as his friend and as his caregiver.

Getting up multiple times in the middle of the night to help him to the bathroom or take his breathing machine on or off. Wiping sleep away from my eyes, but being careful never to fully wake up so I can fall back asleep easily.

Adjusting the bed mechanically first, so that when I reach around to hug him, to lift him up, the strain takes less of a toll on my back and knees and all the parts of my body I know I’m not supposed to lift with but I do anyway, because it’s 3am and I’m still, purposefully, halfway asleep.

You’d think I’d be abundantly aware of how sick he is as I check in on him throughout the day. Arranging him in any number of positions to minimize the wear on his frail body, on his spine that sticks straight out because at 6’2” he’s 97 pounds and counting down.

But somehow it feels as though he’s always been in my bedroom, always shared that massive bed, his bone thin arms jutting out in an attempt to get comfortable. That his gangly feet have always been half hanging off the bed because he’s too tall for it but bought it anyway because he “missed sleeping next to me.”

It’s as if I’ve always gone to the grocery store multiple times a day because when something makes his stomach grumble, I scramble to make it in time to catch the fickle wave of his appetite. Racing to the grocery store, I pick up only what’s necessary because I’ve left him alone. He’s mostly okay for a half hour on his own but I still double check my memory that I’ve left his walker close enough so he can get out of bed, that the bedside commode is close enough for him to make it if in an emergency, he’s “gotta go.”

On my way home, as I race up the stairs with grocery bags, I imagine the disaster that could be awaiting me and I call out “Is everything okay?” Breathlessly rounding the corner to the bedroom, seeing him sitting up, playing solitaire on his phone, his breathing mask covering most of his sunken face. Looking up at me his wide eyes seem to say, “What’s all the fuss about? Why are you so worried? Of course I’m okay.” Finally I stop and breathe and walk slowly to collect the bags I left at the front door, making my way into the kitchen to start on his food. My heart is calm once again because, this time, everything was okay.

Then I wonder, as I pull measuring cups and bowls out of the cupboard, when the day will come that it won’t be.

He occupies a place in my brain that I’m not sure what it was filled with before. Party planning, tea with friends, yoga, hikes, family dinners, talks on the phone, dating? Or was it previously unoccupied, a special part of the brain that opens up when you agree to take care of someone who is dying of ALS at the too young age of 51? When you move two wheelchairs, a wheelchair ramp, bedside commodes, a baby monitor, a hospital bed and an endless supply of “durable medical equipment” into your apartment.

I like to think it’s the latter, because the former never really went away. It’s just more limited, it now looks differently, not nearly as free or independent as before. Almost more cherished, more precious, for the parts of my life I still get to live.

And that’s where I stop, mid-thought, because these are usually the moments I remember that he’s dying. Not in the day to day—not in our made up language, part hand gesture, part words. Not when I’m wrapping his ankles in ace bandages because his muscles have atrophied so much that he can’t hold his feet up which causes a constant, aching pain. Not even while I’m delicately giving him a bath, making sure the water temperature in the basin is just right and laughing with him as I wring the washcloth out, dancing a bit to turn the focus back on me, and preserve his dignity.

Those moments feel oddly mundane, just part of the tapestry of our lives lived together.

The parts that feel out of place, odd and wrong, are the moments when I remember what my life used to look like before. The realization that my life can and will look much the same again, while his never will.

It’s in the moments of planning that span further than a few months. It’s in the use of phrases like “when this is all over” or even just “next year,” that I remember what that implies and that he is not a part of that time yet to come. In those moments, I realize that very soon this “us” will just be “me”, that the “we” I’m now so used to using, will become simply “I.”

It will be because he is dead.

That statement is so shocking; I suppose it’s why my mind chooses to forget it. But when I do remember it—well, those are the moments I can hardly bear to think about it.

The time when he has passed on and my life’s limitless possibilities are spread out before me. In a world utterly absent of the “I” that was he.

To Sit with Death. 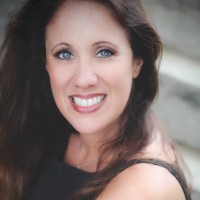