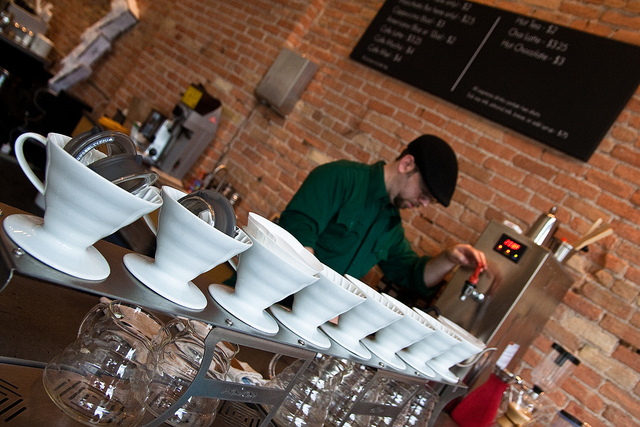 I had to break up with someone last month.

We’d been together for three years. We saw each other most weekdays and sometimes—but less often—on weekends. He was a much older Greek guy, not my usual type, but he was always happy to see me and made me feel special.

I admit, I was mostly with him for convenience. It was easy to park out in the front of his place on my way to work and drop in. But when I changed jobs, I had to end it. It just wasn’t going to work out anymore, and the truth was—I’d met someone new.

It started casually one weekend in September, and felt like cheating almost immediately. He complimented my glasses and smiled approvingly when I handed over my reusable cup for filling. He made sure I’d seen him pour a perfectly formed love heart in the milky white froth of my latte, before tapping the lid down and handing me my morning nectar.

He even performed a little bow with hands clasped in Namaste to honor the exchange.

My first barista crush lasted several years (basically my entire undergrad degree) in the late 1990’s, before I even drank coffee and coffee culture had become snobbery.

The café was Badde Mannors (an icon of Sydney’s Glebe) and their signature beverage was a pot of chai tea. Before the yoga-evangelist-clean-living-urban-hippies knew what chai was, this vego café was serving it in teapots that clogged up with the spicy goodness.

For years I didn’t know this barista’s name. He was simply The Baddies Guy, who had three brown circles tattooed on his forearm, and who I went inexplicably all stupid girly around.

Recently and to my delight, after waiting over an hour to eat at a ridiculously popular, award-winning restaurant, I discovered The Baddies Guy in his natural habitat: Behind a coffee machine, running the joint.

The relationship we have with our barista, as with a hairdresser, can be quite personal.

Good coffee is like good sex: once you’ve had it, you need to keep having it. There is no going back. Occasionally you might experiment, get kinky and meander from a well-worn path, but usually, like a caffeinated boomerang, you return home.

Some people like to obsess over the beans, their source and the quality of the drug, but for me it is all about the psychology of the exchange and the way by which a connection can build over such brief spurts of communication.

Okay, so maybe it’s akin to some innocent flirting. But within these transactions there exists an inarguable sense of anonymity and obscurity which provokes a less inhibited chatter than real life, so who can blame us?

My new barista was an enigmatic hipster—he rode a motorbike and had three pet chickens. He was tempestuous, and that was the allure—guessing his morning mood, him guessing mine. Some mornings I would not to have to say a single word to get what I needed. On other days, the banter would fly thick and fast as I divulged weekend escapades.

What I realized after meeting a fashion buyer from my local area at a house party was that he wasn’t only my barista but had the same shtick going on with her. And her friend. She confessed that not only did she have a “thing” for the polyamorous hipster, but that she had taken to having a second coffee on the way to work just to stop off for the vibing fella at the Wolf and Honey Bee.

Like the caffeine buzz, my new relationship was fleeting. After five months, the hipster left unannounced to join the circus.* Soon after, I moved into my own apartment and was on the market for a new barista, again.

Baristas sometimes see you at your worst: on an unhappy Monday, after a sweaty gym session mid-morning on Saturday, hung over as hell or on Sunday just before closing. Now that I live alone, with no flatmates to regale my peculiar dreams or the days initial tumble of thoughts to, my barista is usually the first person in the morning I speak to.

Alas, I found my new café relationship when I wasn’t event looking for it: on a back street in a different part of town. My new relationship is built on honesty, and the admission that creating hearts in the froth are the easiest to make.

If I had to Give up One: Coffee or Beer? 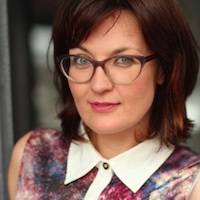