The Day I Almost Drowned My Daughters: A Mother’s Confession. 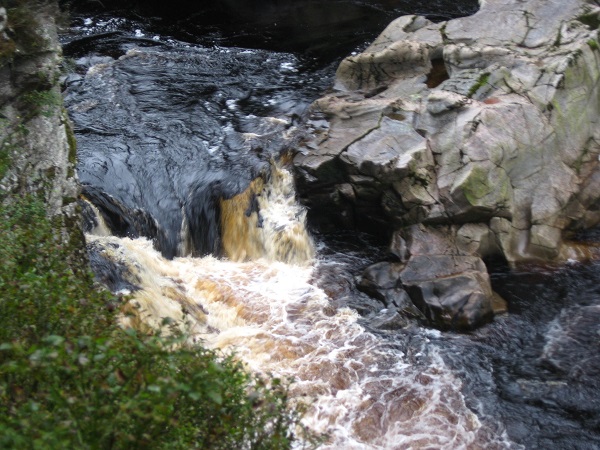 We all have them—all mothers, that is.

Those days that we wish we could erase from time and our memories.

Days that mark our soul as frightening recollections of moments that almost ended our children’s lives.

This day was like any other in that it began peacefully: cuddles before breakfast, a book read and the promise of another happy day in the sun.

My daughters and I were at the cottage, situated on a serene, winding river. After many promises of taking the children (aged six and eight) on an extended canoe ride to a set of rapids some distance away, I announced that today was the day.

Squeals of excitement ensued, hand clapping and jumping around on the couch. I smiled at their joy.

The rapids on this one end of the river were an area that I as a child had canoed to and spent many a lazy day sunning and writing in my book of poems. I had told many magical, mystical stories about this place where surely we would run into fairies and other ethereal creatures. I knew I had, and it had shaped who I was spiritually.

We packed a lunch and set off in our bright blue canoe.

My heart was full. These small beings, my children, were mine to nurture this day, mine to fill with a grand experience, mine to love as children should be loved.

I do not know how to swim properly. Float a little, yes; swim underwater for a few moments, yes—but that’s it. I love the water and am drawn to it but having almost once drowned as a child I did not trust anyone to teach me anything past the basics. Because of this I always insisted on water safety. We all wore our life jackets and quietly wound our way down the river.

It was late summer and the river was low, so I knew we would have to navigate through some tricky areas of the river where rocks lurked just below the surface, ready to strand us mid-stream.

The children sat obediently in their seats and finally, after a few worrisome moments, we were pulling the canoe up onto the beach and scrambling up towards the look-out over the rapids. Nobody could have been happier than I to share this special place with them. I knew they would appreciate every nuance of this forest hideaway.

The sun blessed us with the scent of pines as it warmed the trees and we commented about the sparkling water as it danced over the rapids. My children were already deep nature lovers at this young age—they noticed everything.

Almost immediately, the girls were begging to get into the river. They had had years of lessons and were capable swimmers. They—unlike their mother—were like mermaids and at home in the water.

We found a place where slipping in to the river would be easy, a shallow spot. They were in, splashing, laughing, swimming in circles. Our water shoes on to protect us from the cutting rocks underfoot, organic sun screen smeared on their little noses; I was in control of my best parenting skills.

I got lost in the occasion. Seeing them as they were, full of the day’s promise, enjoying the swift mystery of the rapids, my mind softened into the beauty of the moment.

We were the three amigos. Always together, sharing a love for the outdoors. This was bliss.

As a mother, I could not have been more rewarded by their joy. I wanted them to experience everything to the fullest. I was that mother who encouraged pushing ahead into adventure.

For some reason, during those irreplaceable moments of a child’s life, I encouraged them swim closer to the swirling rapids. How wonderful it would be for them to sit in the cascading outdoor tub!

Nowhere in my conscious mind did I envision danger. I floated around near the shore—the river, being as shallow as it was, meant there was no reason for concern.

“Just swim a little closer,” I said, “To that little whirlpool.” That whirlpool could have sucked them under in an instant.

I’ve replayed that scene in my mind so many times. Was I, who fiercely loved my children, swayed away from good sense stolen as I was by the memories we were creating? My heart was soft, my soul satisfied with our time together, my good judgement was momentarily suspended.

My daughters, so obedient, so trusting of my judgement, swam their little hearts out toward the angry part of the river and yelled “See me Mama?!”

It was their trust in me that dragged them to a dangerous precipice.

During the innumerable times I’ve rethought this, I wondered if I thought the whirlpool was going to be much like any other, where one sat in it’s comforting warmth and relaxed. We had been in one like that on the East coast of Canada on another river, and it had been perfectly safe.

I associated that image with this one, I suppose. The river was a friendly place for me, mostly shallow—except for the place I was telling them to swim.

I have no explanation for my madness. That moment is etched quite painfully on the canvas of my heart.

Something nudged me. Literally, I felt a sharp shove on my shoulder, as if someone poked me with a stick and awoke me from my stupor.

Suddenly, I knew that what I had asked them to do was dangerous and that there was no time to lose.

My frantic screaming for them to turn around just as they reached the worst part of the rapids confused them and they stopped to stare at me. They wondered why I was yelling, at first laughing at me, then, agonizing long moments later realized that I was frightened and that they should swim away.

I was broken, crying, but wiped my tears as they climbed back ashore and told them that I was sorry, I had not known what I was saying, the rapids are a dangerous place.

Hiding my anger at myself and the terror of what could have been for the rest of the day was not easy. We continued to have a day of play, I was determined to not spoil it for them by succumbing to any more tears.

I want to say that I have forgiven myself but am not sure that I have. That memory is still fresh after 20 odd years.

It is human to make mistakes, but I hope never to be that human again.

As mothers, we are instinctively wired to protect our flesh and blood. So where did my usually trustworthy motherly compass go so terribly astray?

I ask myself that and wonder how many other mothers have also asked that question, and whether they too replay a moment that cannot be erased?

It is so difficult to forget because I know I betrayed their trust. That is the worst of it for me. It reminds me of a puppy I once saw, soulful eyes trained on its master while being horribly verbally abused, and understanding that that puppy would hurt more from the trust broken than the actual words themselves.

As a columnist for Elephant Journal, I have revealed many personal truths. They all took courage. But I knew that it did not matter to me if anyone judged me on lifestyle choices or my thought patterns. I was simply writing about myself.

Writing this allows me to explore a deeper, more secret part of myself openly, and perhaps share that it is important to stay mindful in every moment.

Life is made up of seconds, minutes—and each of them count. Each one is preciously delicate in the balance of things.

I hope that my vulnerability in sharing this inspires an awakening like the one I had when an invisible force poked me and said, “This moment is important! Pay attention.”

Trust is a State of Mind.