The Day Love Won over Fear: How One Young Man’s Plight Showed us the Gift of Oneness. 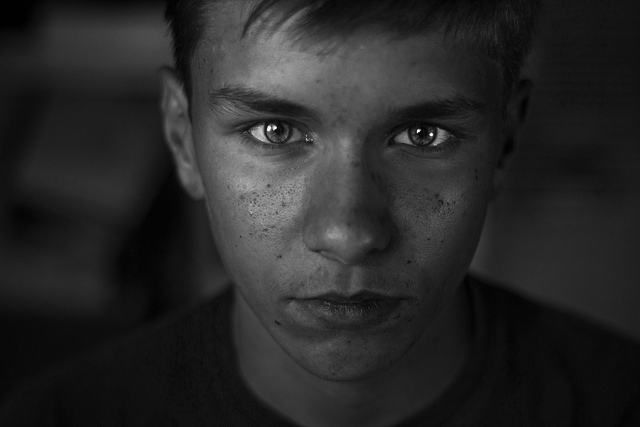 As I walk into the bank, I note the long queue and how unusually busy it is today.

It is going to be a longer than normal wait to be able to speak to someone at the counter. Even though it is so busy, and the queue is about 10 people long, there are only two active staff on the desk.

Some people are looking nervously around them, trying to decide whether to stay or leave. They are averting their eyes, afraid that there might be trouble.

Others are muttering to each other under their breath, and I hear snippets. Things about “some people” and “somebody should do something” and about what the world is coming to.

One woman is trying to disguise the fact that she is covering her handbag, seemingly in case someone snatches it from her. An elderly man looks on, staring, unaware of how hostile the stare is.

The bank staff themselves are jittery, nervous, and I notice one clearly speaking on an intercom to someone behind the scenes, and almost immediately several extra staff come out into the main banking area.

I can feel the tension in the air, the fear, the paralysis. This hits me first as I come in through the automatic doors. It is palpable; it grips your whole body. I wonder whether there is something like a threatened bank robbery in progress, whether I should get out while I can and go and phone for assistance. I am, after all, still next to the door. In theory, I could still escape.

But something in the air tells me this is different, and I find myself walking in. Just a few steps and then I see him. The person who is sparking such fear in everyone, and I can see why people are uneasy.

The young man in question is probably in his mid-20s, and he is the one who is frightened. He is rocking from one foot to another, hitching up his trouser legs and fluttering them in an attempt to cool himself down. He is flicking rhythmically at his hair, wiping sweat out of his eyes. And he keeps breathing out, loudly. Big breaths. Clearly he knows about techniques to calm himself, and he is trying hard to do this.

He tries to speak, and his difficulty in making himself understood becomes apparent. He is able to pronounce only vowels. There are no consonants. He has good emphasis and intonation, and he employs mime and signs to complement his speech, but everyone is too frightened to be able to hear what he is trying to say.

I know what this is. It’s familiar to me. I have a daughter with learning disabilities and autism, and I have spent a lifetime watching this same reaction happening. I also recognise that it is only because I am so familiar with this that I can do what I now do.

I start to approach the young man, who is in the queue, but clearly finding the wait and the crowding, and how unpredictably and unfamiliarly busy it is today, overwhelming. A middle aged man touches my arm and suggests I don’t go any nearer.

I tell him I know it will be fine. He laughs uneasily and jokes that I look like I’d have no hesitation in throwing a punch if need be. He has misinterpreted my intentions. He thinks that I share his perception of this young man.

I go up to the young man, who has now noticed me, and somehow is calming. I tell him that I can see he is feeling really stressed, and acknowledge how busy it is in the bank today. I tell him that I will happily keep his place for him if he would like to go away a little where there is some space. I tell him he can keep watching me and that I will help him by putting my fingers up to show him how many people there are still in front of him.

He reaches out towards me. The man who thought I might need to throw a punch moves in readiness to protect me, but stops when he sees that the young man—who tells me his name is Michael, in vowel sounds which I show I am willing to try to make out—is simply reaching out to touch my elbow and give me a huge smile.

Michael starts talking animatedly, saying how he gets stressed when it is busy or crowded. That he starts to feel he can’t breathe. I breathe out loudly and long several times, and he starts to do it with me. He is starting to feel safer. The agitated moving from foot to foot is easing.

He makes a sudden movement, holding his hand in a way that says we’re going to do a special handshake. We clasp hands and cover each other’s wrists with our thumbs. I realise this has huge meaning for him, and we laugh together at the bond we now have.

I suddenly become aware of a change in energy all around me, and as it catches my attention, it catches Michael’s also. We both look up to see kindness and concern. A bank official goes to get him a cup of water, and another takes him to a seat where he can see what’s happening without feeling crowded. People are smiling at him. He gives me a huge thumbs up.

The queue forms again and we wait to be seen. Everyone is now watching, and aware. Every time another person has finished being served, they wave to let him know, and put up five fingers, then four, then three, then two.

When I have finished being served, I see that Michael is now making himself understood and having a laugh with the person who is helping him. They are working it out. I catch his eye as I leave, and we smile and put our thumbs up.

I get back to my car, and am surprised to find sudden tears falling. Oh it’s so complicated, isn’t it, this journey that we sign up for? This challenge we face every single day between fear and unconditional love?

My tears are for all of us: Michael, my daughter Becky, and myself, everyone in the bank, every single brave soul incarnated here on the journey back to remembering who we really are, and where we came from.

I am suddenly full of awe and compassion at the unconditional love that is our true nature, and how stunningly beautiful it is every single time we catch a glimpse of it in a fellow soul.

And don’t we owe so much to these strong, valiant souls who come to teach us to push beyond our fear and reach for unconditional love? What a courageous path they have chosen, for they experience such hurt and shame and misunderstanding from we who will fear before we realise that it is safe to love.

Souls like Michael. And Becky. We stand in awe, and the deepest appreciation.

In oneness, and with love.