The Discrimination No One Talks About, Even Now. 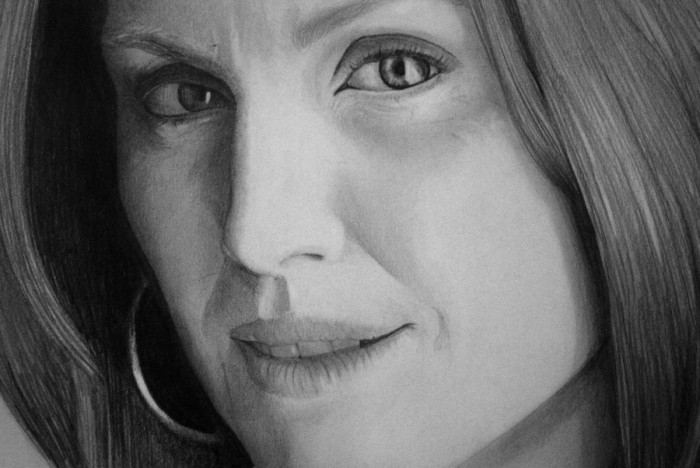 While the Supreme Court debated the constitutionality of gay marriage and riots flared up in Baltimore over police brutality against blacks, questions continue over discrimination.

We listen to reports in the media over the issues, and the words are carefully chosen. Most try to be sensitive about race and sexuality.

There is another form of discrimination in this country where words and opinions are blatantly expressed, and most just ignore the issue: ageism. We are a youth oriented country that looks at aging as something to avoid at all costs. The fact is, we are all getting older.

In a recent interview in Rolling Stone, Madonna spoke about ageism for women over fifty. “It’s still one area where you can totally discriminate against somebody and talk sh*t. Because of their age. Only females, though. Not males. So in that respect, we still live in a very sexist society.”

We have to face that our population is aging and the number of Americans over age 60 is growing. We need to examine our social attitudes and realize that we live in a society that stereotypes aging adults.

A study conducted at Yale University found that age stereotypes are often internalized at a young age. According to Yale Psychologist Becca Levy, Phd., by the age of four children are familiar with age stereotypes, which are reinforced over their lifetimes. Most see older individuals as out of touch, feeble, senile or irrelevant.

It’s all about how we are treated as individuals and if we are viewed as having a vital place in our communities. As people age they are perceived as a different class of citizens. This is demoralizing and disenfranchising for a large segment of the population.

Studies and surveys show that people over the age of 85 make up the fastest-growing portion of the US population. The census in 2000 showed that 35 million Americans are over the age of 65. This number is expected to double by the year 2030 to 20 percent of the overall population.

The media is a huge contributor to ageism and the portrayal of older adults. We are bombarded by images that show only the young are beautiful. If you want to remain young looking and attractive you must have plastic surgery, Botox, collagen injections and get rid of the gray. While there is ageism for both sexes, it is more prevalent for women.

Older men can be categorized as being ‘”distinguished” or a “silver fox,” but older women are looked at as “haggard,” tired looking” or “ugly.” It is a very widespread phenomenon in the entertainment industry where actresses struggle to maintain that youthful persona. The pressure is intense for performers to remain relevant in a youth market.

We even see men turning to plastic surgery and face-lifts to hide the effects of aging. They fight to maintain that wrinkle-free appearance. You can lather yourself in creams and lotions, but no matter how hard you try, it is just the natural progression of the human life.

People say, “Age is nothing but a number” and, while it’s true, most individuals don’t believe that. They lie about their age or try to avoid discussing it at all costs. While “50” might be the new “40,” there is always the point where ageism kicks into overdrive and you’re viewed as past your prime.

Baby Boomers, who represent a major part of this population, are fighting to remove stereotypes surrounding ageism. The Baby Boomers are an active generation who don’t want to sit still and be discriminated against. A group—The Industry Coalition for Age Equality in the Media—was formed to seek legislation protecting older actors from being fired and increasing their screen time. Certainly working to eliminate ageism in the media is a major factor in changing societal views.

The American workplace uses age as a determinant in performance and productivity. Many workers over the age of 40 are seen as “old” and are perceived as “less trainable.” They are not offered the same opportunities and same pay as younger workers.

In a layoff situation, older employees find it difficult to find a new comparable position. A new employer can view them as having out of date technical skills, being closer to retirement so they’ll leave sooner, or driving up health care costs because of age.

According to an article published by AARP, one in five workers in the US is age 55 or older, and 64 percent of workers say they have seen or experienced age discrimination in the workplace. The Age Discrimination in Employment Act of 1967 protects workers age 40 and over from personnel decisions that are based only on age in hiring, firing, layoffs, promotions or demotions.

While the law is in place to fight ageism, it was weakened in 2009 when the US Supreme Court made a ruling that makes it more difficult to prove age discrimination. The court ruled that the burden of proof was now on the worker to show that age was the deciding factor—rather than one of a number of factors, as previously held—in a dismissal, demotion or other adverse action.

According to a Washington, D.C. employment lawyer, many companies skirt age-discrimination by offering severance packages to ousted older workers with the condition they sign waivers releasing the company from liability.

The Great Recession of 2008 had a strong impact on the older workforce. With the number of unemployed workers so drastically increased, it became that much harder for older workers to secure a new position among the competition. Although age is not supposed to be a relevant in applying for a job, it clearly is part of the overall hiring process.

An economic report stated workers who were 50 or older, and were laid off over the past 5 years have had a difficult time being rehired. Many individuals have had to drain their savings and now rely on government services. These are deplorable circumstances for individuals who just want to find employment and wind up feeling obsolete in the job market.

We spend so much time trying to place people in categories. You have to fit in somewhere and wear some type of label. No one can be an individual; you have to be part of some group. If you are older and fall into the “Senior Citizens” group, you become a second-class person. In a country where people are living longer, and enjoying healthier, vibrant lives, how can we let ageism continue to flourish?

A vast majority of the population is uncomfortable with aging, so we try to marginalize aging adults. We expect certain behaviors and appearances from adults at older ages and apply societal norms of what we feel is “age appropriate.” Lifestyles change, society changes, so why can’t we encompass change for the way we view age? Redefine what we accept as normal behavior. Throw away the stereotyped images of canes, shawls, the granny panties; it’s time for something different.

We need to change our dialog about aging by realizing that everyone matters from the time they take their first breath until the last; that beauty crosses all ages, and we shouldn’t act like it’s an anomaly when People Magazine calls Sandra Bullock, at age 50, “The World’s Most Beautiful Woman”.

Vitality doesn’t have an expiration date. Nor does being intelligent, sexy, funny, relevant, or any other characteristic you can name. We must remind ourselves that every morning when we wake up we are another day older, and everyone else is following on the same course. No one is exempt from the aging process.

If we can open a debate that provides a change in how we define marriage or fight against racial prejudices in the nation’s police force, then we should be able to tackle age discrimination. We can’t argue that we don’t identify with the issue since we aren’t part of the group that is affected. Age is universal. It cuts across any race, religion or sexual orientation. It impacts everyone.

Let’s erase ageism, so that the only thing that’s “over the hill” is the topic. 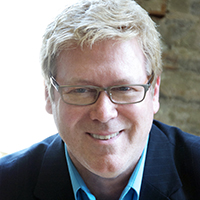