The Sensitive Soul’s Guide to Self-Preservation without Turning into a Cynic. 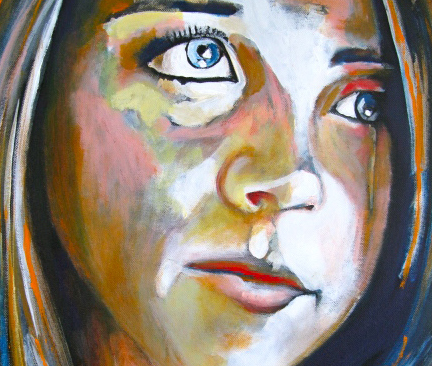 All my life I’ve been told I take things too seriously.

After much denial and despite hiding it under a thick veneer of indifference, I finally admitted that I am a highly-sensitive person.

Like many highly-sensitive types, I also tend to be a nurturing person as well.

While this combination has many advantages, such as the ability to empathize with a wide variety of people, it also comes with its disadvantages…not the least of which is sometimes being used by those with less-than-desirable motives.

In my case, it wasn’t “sometimes,” but most of the time.

My mother once put it best: If there was a rotten egg within a 20 mile radius chances are, I would find him.

In many cases the attraction was either an unhealthy, co-dependent desire to “help” this person and/or give him a second chance.

“He’s just misunderstood,” became a favorite line of mine.

However, as anyone who has ever been in one of these sort of relationships can attest to, they can be tiring and emotionally exhausting. The expression of sacrificing one’s self for the sake of someone else is especially fitting.

Fortunately, sensitive souls can thrive in relationships and despite popular thought, it doesn’t require turning into a cynic.

Below are three tips for the sensitive soul to consider whether they happen to just be starting a new relationship or have been in one for quite some time.

1. Judge actions just as much, if not more so, than words.

Many people are good with words. As a writer, I will be the first to admit that words are powerful. They have the ability to build or raze. However, actions are important as well.

If someone says they love you, then there should be actions showing that as well.

Likewise, if someone is always painting themselves as the victim of various people and things, observe their actions, too. Could it be that they are actually responsible for their woes and looking to blame everyone and anyone else rather than themselves? Are there destructive patterns of behavior that they keep repeating?

Many times, I saw the above but chose to ignore it. When we are in love, it can be hard to see these things for what they are, but it really does pay to keep our eyes open even in those early flushes of infatuation.

2. Be firm with your word and stick to it.

I was once in a relationship with a man who, when angry, would call me a “bitch” and a host of other not-too-savory names. I would tell him to stop and say the next time he called me that, I was out the door. However, it happened again and again, and I never left. Not once.

Even though I didn’t say it, the message was as clear as if I wrote it on my face with a marker: I was willing to put up with this verbal abuse, and I wasn’t going anywhere. Over time, the bad behavior including the verbal put-downs worsened.

While this is a more extreme example, it nonetheless proves my point: When we say we are going to do something and don’t do it, then it’s easy for others not to take us seriously. While it’s good to be flexible and up for change, putting up with the behavior I described is not something anyone should ever put up with or compromise on.

Looking back, I wish I had left the first time and not come back. It would have saved a lot of time and heartache.

3. Stop dwelling on why certain people act the way that they do.

While it’s important to notice patterns in our relationships dwelling on what caused another person to act the way they did is usually a waste of time which will only bring more frustration and restlessness.

To be blunt, some people are just jackasses who act in terrible ways.

Ultimately, we are only responsible for our own behavior.

While this seems simple enough, it has been the hardest lesson of all to learn.

Sometimes, though, the best thing we can do is view past disasters as learning experiences and move on.

While the world may not always seem like the best place for sensitive souls, it is possible to be one and not just survive but thrive. However, remember the person that needs the most nurturing and care is sometimes the person we least realize and that is ourselves.