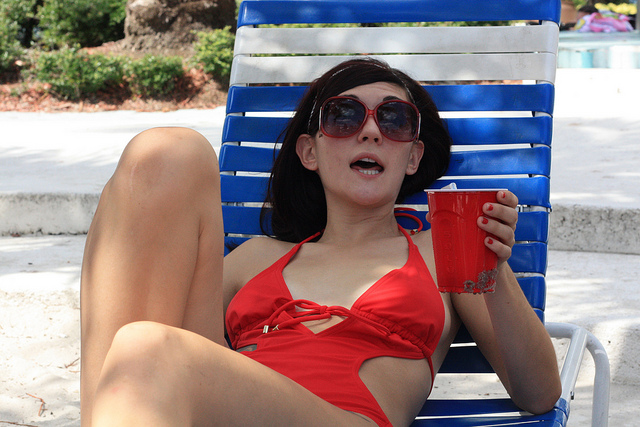 I’ve spent a lot of time thinking about how I compare to other people, starting as far back as I can remember.

Over time I’ve gotten more comfortable with myself and my instinct to compare and contrast has become more like white noise; it’s there but not really worth paying attention to.

That confidence is a total relief and a blessing. It’s partially been self-cultivated—I’m a self-help, journaling, meditating, #morninginspo-ing junkie, and apparently that whole shabang works. But also, hearing about other people’s lives and experiences, learning about the mental tics and social anxieties and messy rooms of people brave enough to share them, has helped soothe me into realizing how similar we all are at our cores and given me permission to let myself off the hook.

And so I think we should all let our inner workings show and our normal freak flags fly to help each other off our hooks.

I’d imagine that if someone was asked to describe me, one of the things that might come to mind is that I can be an over-sharer (or, if the person is more generous with their adjectives or likes me more, I’m “honest.”) Sometimes it’s an inadvertent, diarrhea-of-the-mouth sort of situation, but more often I’ve actually given it the two seconds of thought required to decide that I’m cool with saying whatever weird, potentially embarrassing thing I want to say.

I mean there are definitely times that I think “for the love of God Kristen, just say ‘Thank you’ when someone compliments your shirt, don’t go into a soliloquy about how you found it at the bottom of your Winter Shoe Rubbermaid,” but in general I think the more honest that we all are about our idiosyncrasies or perceived shortcomings, the less we’ll come to think of them as flaws—we’ll think of them more as just another one of the things that human beings do.

So I try to use that as a little bit of a compass in my interactions, hopefully not to the point of obnoxiousness.

You gotta know when to turn it off—your coworker probably doesn’t need to hear extensively about this great zit you popped or whatever. No one has it all together all the time, but we have a tendency to think that everyone else does. That can have us placing unrealistic expectations on ourselves, feeling like we’re not as laid back or as productive or as cool or as [fill in your insecurity] as everyone else.

So it’s worthwhile to share our stuff and let ourselves be a little vulnerable in front of each other as a way of remind each other that we’re in this thing together.

Have you ever been talking to someone about something you’re stressed about, that’s supposed to be fun, so you’re putting on a brave face, and the other person makes a remark about being stressed about it, too?  It makes you breathe this sigh of relief and think “Oh, thank God” because someone feels the same way.

There’s a ton of value in letting yourself be the kind of person who provokes that sigh, and it’s worth the discomfort that sometimes comes with honesty. Even if you’re worried that it might make you seem dumb/bitchy/disgusting—because I promise you, you’re not those things. You’re totally normal, in the best, most comforting sense of the word. And the person you’re talking to probably isn’t going to think you’re those things. They might just feel this weight lifted at the knowledge that they’re not the only one who feels this way, that someone else gets it.

And don’t we all want to feel gotten?

You can give people that gift of being gotten by being more open about what bothers you, big or small, and I guarantee that gift of gotten-ness will come back to you because there’s not a weird habit that you try to hide or a paranoid thought that seems to tap on the inside of your head that someone else can’t relate to. You just need to be willing to throw some light on the dark stuff and hopefully let them “Oh my god, me too!”-you into feeling better about it.

Sometimes it might be frivolous stuff that doesn’t feel that hard not to get too precious about. To use myself as an example, I might talk about how I feel gross today because last night I decided to pull the pin out of my cravings grenade and eat a bunch of crushed up potato chips on top of ice cream (which is awesome), and I’ve definitely told the story of me trying to relearn how to ride a bike at 27 and being so overcome with grownup anxiety that I slo-mo crashed into a bridge more than once.

The anecdote may not be profound, but the relief of seeing your experience in someone else’s can be.

And there are less joke-y things, like telling my friends what I did last night was feel too down to go out and that I ended up feeling more down because I didn’t go out, spiraling out and looking at everyone’s smiling Instagrams and feeling like crap. Or that the party this weekend was okay but I didn’t know as many people as I thought I would, so I drank too much and wound up with a hangover and a halo of paranoia.

And even in those kind of raw moments where I’m not totally making eye contact because I’m a little embarrassed, the sharp edges of any shame soften a little bit because my friends will inevitably either laugh and remind me of how funny even the serious stuff is, or hug me and make me realize how okay I am.  And maybe a little bit of them is feeling more okay at the same time.

I admit I sometimes wonder if people think that I’m walking TMI and that I don’t realize what I’m doing, but I do. I just think there’s a lot of value in being really honest in unexpected ways because you never know how having something to relate to might impact someone.

I also think the less weight we give our issues, big or small, the less they might weigh on us (you can find that embroidered on my Feelings Pillow.) For sure there are times that I’ve cringed because it was too much or I’ve been blunt past the point of heroic, shiny honesty. But I talk about stuff like this because…well, primarily because I usually think it’s funny, but secondarily because I know that when other people are open about things that I feel some shame or embarrassment about, it kind of wipes it away a little bit and makes me feel like maybe I’m not the worst.

So I try to pass that on, and maybe you could, too.

We’re all weird screw-ups and we’re all amazing, and I think we should cop to both. Unless you guys are perfect in which case yeah, me too, totally.

How to Have a Private Life in a TMI Culture. 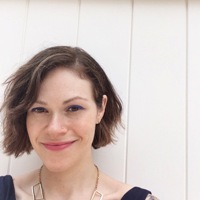