Aquarius the Non-Conformist & July’s Full Blue Moon. What Every Sign can Learn. 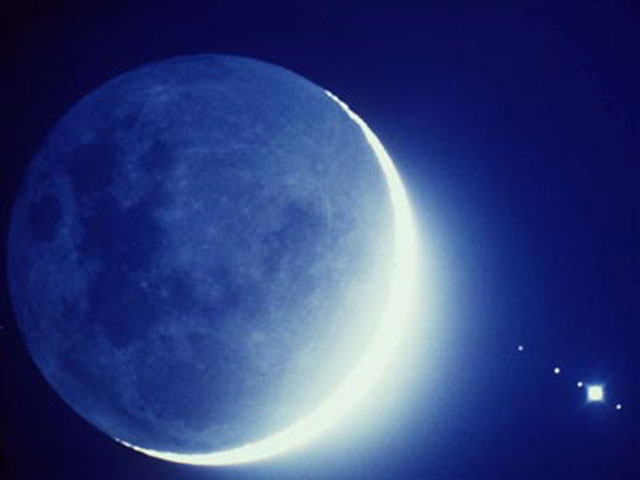 By some definitions, the full moon on July 31st is blue; it is called this because it is the second full moon in one month.

By an older definition, if there are four full moons in an astronomical season versus the normal three, the third full moon of the four is then the Blue Moon. A rarer occurrence than the above.

A moon that actually appears blue is caused by a rare type of dust in the atmosphere.

This Full Blue Moon is wickedly influenced by the sign of Aquarius.

Aquarius, that enigmatic, creative, mystical sign is nothing short of a trouble maker!

Every one of us can learn from the non-conformist. I’ll tell you why.

While I adore the influence of Scorpio as my sun sign on my personality, I also find that it limits my perspectives as a human being. I can get stuck in the rut of my own character traits. I look to other signs for ideas on how to be more expansive, more rounded, more adventurous.

One of my daughters is an Aquarian. She arrived on the planet a little tremulously but once she found her wings and accepted her Aquarian eccentricities, she blossomed into a magical force to be reckoned with. Her sweet face and kind heart very well hide the bevy of devilish activity within her soul.

Aquarian traits to learn from:

Aquarius is very different from any other sign; they spin within their own galaxy of unconventional ideas and may take years to accept who they are. But once they make peace with themselves, the world is their oyster. That is when they begin to become wildly creative with their life.

Each Aquarian is unique. They are still incredibly original and innovative. They are ruled by Uranus, an unpredictable and erratic planet. Independence, and an obstinate determination to walk their own path makes Aquarius a good teacher for those of us who cling to the status quo.

Aquarians are loving—until you oppose their independence. They may listen while you plead that their plans are inconvenient, or offensive or ill thought out, but in the end, they will march to their own drum while you wring your hands and hope that everyone survives their passions. One on hand, this kind of dogged will is commendable, on the other, it is sometimes foolishness to not listen to advice. Suffice it to say that balance in all things is advisable, something that Aquarians struggles with.

One of the fun parts of Aquarians is their unpredictability. They’re full of surprises as they can change their course without a moment’s notice! Fluidity is commendable. You will always be on a new adventure with Aquarius. If you feel stuck, just ask an Aquarian what to do about it. They’ll turn you into a trouble maker before you know it.

Aquarians think ahead. The past is boring and done with. They are visionaries, ahead of their time, always pushing for a new, more enlightened tomorrow. This could feel threatening to others. But honoring one’s beliefs and visions is always the truest road. This is one of Aquarian’s biggest gifts to humanity—following a freedom to create a better world simply by believing that their vision is worth manifesting.

An air sign, trying to pin down an Aquarian is like chasing the wind. In fact, my daughter’s spirit name is Windy Heart, for good reason. She has blown her way around the globe and many hearts while pursuing a phantom of a dream that is still making itself known to her. The Aquarian mind is quick, intelligent and rational, except when it is not! Then it is emotional and threatens to drown the famous Aquarian objectivity. Just when you think you’ve got them figured out, you don’t. I like their swift and sudden currents. It keeps one from being bored.

Here is one of the best things I’ve learned from Aquarius; that your lover is also your friend and matches you in intellect as much as possible. Things will never work in love for an Aquarian who doesn’t feel comfy and cozy with their lover. But she also absolutely abhors being stifled, revels in stimulating conversation, but does not want to be told what to do, and the door to their freedom must absolutely be held wide open or they’ll simply bolt. A confident lover is called for here. Someone who knows themselves and will not misunderstand Aquarians quirkiness for fickle-heartedness. And wouldn’t we all do well to have a partnership where freedom and companionship were level buddies?

Aquarius is a humanitarian, is motivated, and a hard worker. This makes them excellent employees or their own boss, often in fields where progressing the human condition can be accomplished. But no matter their occupation, Aquarius brings their talents to the forefront and teaches us to always put our best foot forward.

What about money? Why do we as a society of individuals have such a love/hate relationship with money? Aquarius does not like to make money for its own sake. Although they can be quite extravagant, they also fight the idea of being senseless consumers. The struggle ensues. Sometimes they are rabid earners and other times they wish to be separated from the madness of the rat race. Again, balance is key. I’ve learned that money as a tool can accomplish great things and is not to be feared. What is to be avoided though is a misguided route where money and the trappings thereof become an uncontested pursuit.

In fact, I think that balance is what Aquarius teaches and at the same time strives to learn the most.

Keeping themselves healthy with a consistent effort towards fitness, instead of bouts of binging then fasting, is best.

Finding time every day for emotional, physical and spiritual respite keeps Aquarius from dangerous slides into anxiety and depression. All-in or all-out rarely works well for this sign or any other for that matter. Ignoring signals from within takes us down a slippery, negative rabbit hole.

At this time of July’s full Blue Moon, when the power of Luna is doubly intense, Aquarius and all signs would do well to sow seeds of intention for reaping at the next full Blue Moon.

Please be careful what you ask for, the full Blue Moon will give you everything in double measure, so take some time to contemplate our wishes and dreams.

Blue Moon magic is best harnessed to benefit not only themselves but others. This is a good time for humanitarian efforts.

The full Blue Moon may being turbulent weather, either physically on the planet or within your soul. Take time to relax into yourself, meditate, breathe, allow for your expansive nature to appear and bless others with your full Blue Moon wisdom.

Blue Moon attributes on the human psyche may be the more negative moodiness, volatility and emotionalism or the more positive traits of compassion, caring, sensitivity and natural intuition.

This is a good time for exploring our darker side and shining some light on it via compassionate love of ourselves.

Full Blue Moon Blessings to all!