Transcending the Wounds of Conquest & Colonization. 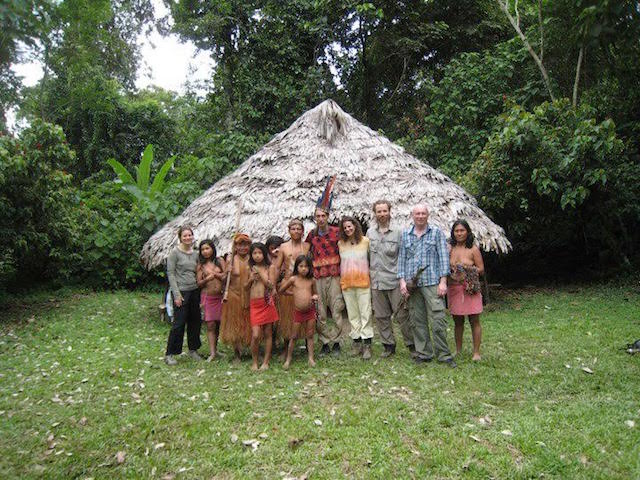 With the racial tensions and conflicts running high in the world today, I turn to reflect on the profound lessons shared with me by my teachers: Amazonian and Andean elders as well as northern Native American wisdom keepers and Tibetan Lamas.

Obviously a lot of wounding still remains among the nations that were affected by conquest and colonization.

Coming from a persecuted tribal culture myself (although not Native American), and at the same time being adopted into two Amazonian tribes, I have witnessed throughout my life many inter-cultural scars that linger on the planet today.

What my teachers from the Amazonian Huitoto and Yahua tribes have shared with me to this regard relates to the sacredness of human experience. While all people on earth are capable to experience this sacredness, the indigenous people have remained the true guardians and carriers of the traditions that deeply value, appreciate and treasure it. The heritage of the indigenous people embodies the interconnectedness of human existence, and the essential human qualities which enable us all to relate to one another and the world at large in the most beneficial and reciprocate way. These essential qualities entail at their core the wisdom of forgiveness and compassion of perseverance.

For that reason many indigenous elders repeatedly shared with me that while they are the guardians of this ancestral wisdom, they are by no means the owners of it. The concept of owning something, be it land or knowledge, did not exist in the indigenous cultures I lived in. The names of the many Amazonian tribes actually translate into their own language as simply “people”.

The healers with whom I apprenticed would say that Spirit transcends race and ethnicity and those that inherit these traditions should above all be truly human at heart. In that way there may be individuals who are not natives to the indigenous traditions and yet are able to transcend the conditioning of hatred and separation of their forefathers thus embodying indigenous spirit and healing the wounds of the past.

At the same time there are some indigenous people who are now immersed into the western culture and either try to imitate it or fight against it with immense frustration and hatred, forfeiting the original profound values of their ancestors either way. Hence the old saying “You become what you fight against” pointing to the blindness of the programming which all of us share on one level or another, no matter what our heritage is.

With that said I have also learned to deeply honor and respect the particular customs of the indigenous traditions through which the universal wisdom has been channeled over many generations. That wisdom of course transcends the form and customs and yet without the deeper understanding and humble appreciation of the ancestral cultures, the embodiment of profound human values cannot be complete in my experience.

The indigenous cultures therefore should be taken care of, honored and given the sacred space on their homeland to continue their way of life as a message to all of humanity.

I also believe wholeheartedly that it is essential to remember the past tragedies. However that memory in my experience should serve as a reminder to avoid repeating them in the present and future. Continuously torturing oneself by keeping the grudge and hatred towards the descendants of those who committed atrocities or generalizing whole populations under the same judgement defeats the purpose of that remembrance and plants the same seeds of suffering over and over again.

In the Tibetan culture many of the Lamas I studied with comment that although the Chinese have committed many crimes against their people and may still be doing so, the lesson in all of that is not to hate them, but recognize these difficult situations as evolutionary challenges to open the heart even more to universal compassion for all those that are suffering in the world. One powerful example is Garchen Rinpoche, a Tibetan teacher who spent 20 years in Chinese prisons under torturous conditions. Like many lamas, he emerged from imprisonment expressing compassion, rather than hatred, for his Chinese captors.

The evolutionary lesson is always about being even more humane in the face of oppression and adversity. Only in this way it is possible to rise above the self-perpetuating cycle of ignorance. This change of perspective allows for the possibility to understand that it is the same basic ignorance present within all of us, beyond culture, gender or race, which is at the root of all suffering. More so, these Tibetan Lamas often have shared with me that although the fate of Tibet has been a tragedy for Tibetans, it is a blessing for the rest of the world since now the practical wisdom of the Tibetan culture is more known in the world than it could have ever been before the conquest and consequently can bring so much more benefit to everyone.

I have received the same lessons shared by my friends in the Lakota Sioux nation through a prayer that expresses love and interconnectedness with all of existence—“Mitakuye Oyasin—all my relations.”

And again in the very recent tragedy in Charleston, the relatives of the shooting victims offered a powerful and inspiring example choosing to end the cycle of hatred by offering forgiveness to the serial killer in the first court appearance and in addition stating: “Their legacies will live in love, so hate won’t win” referring to their deceased friends and family.

At this time in the history of humanity we can begin to see the same diversely unified message emerging as a heritage of cumulative ancestral wisdom from all over the planet—hate will never beat hatred and violence will never be overcome by aggression. It does not mean that one cannot protect one’s life, one’s family and those who are dear, yet it should be done with a heart centered presence for ultimate resolution.

The elders and wisdom keepers I have been studying with are all very strong people and yet their strength is not measured in comparison with others because it comes from heart centeredness and unity of being. That to me is the only true strength—when it is not against anyone and is harnessed to offer protection in support of vulnerability, innocence and love—living as one shared heart within all people, of all nations and within all of creation.

This I find to be an immense inspiration and a never-ending source of profound healing for myself and the world.

Some of the additional lessons I have received over the years that have been very helpful to me in tense situations of oppression or inter-personal conflicts are as follows: 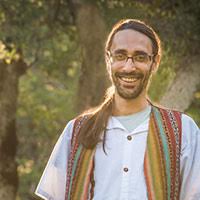