Try this Maneuver in Times of Crisis. 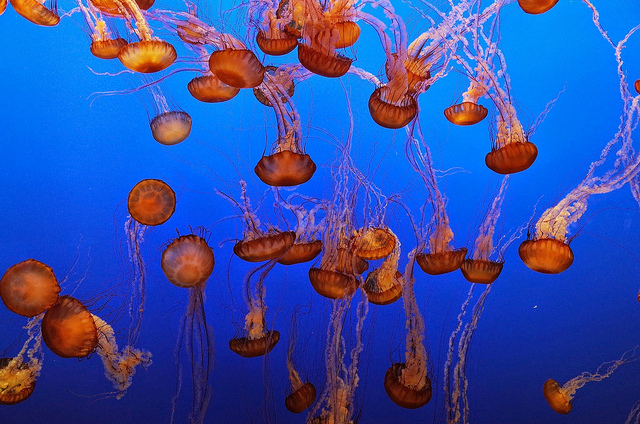 At the end of the summer of 2014, I found myself swimming one day in the azure waters of the Mediterranean sea.

It was late afternoon but the sun would be up until hours later, allowing the French and Italian holiday goers on the small beach to soak up the rays at leisure. I was a stranger on a foreign beach without much skill in speaking the local language when I was struck from beneath the placid waters by a fire breathing dragon. Without visual confirmation of the creature that was attacking me, all I knew was that my legs were stinging with a pain that was multiplying and spreading across my body.

As a South African who has enjoyed many holidays splashing around in stormy and shark infested waters, I had been taught an important lesson: when you get into trouble in the water, do not panic or fight against the current; save your energy by relaxing into the buoyancy of the water and find a stream that washes out to shore to do the work for you.

When the Medusa jellyfish attacked me with its chemical burn, my body followed my mind’s instructions and I calmly floated out to the shallows to live another day.

The scars from the Medusa’s chemical burns still remain on my right leg as a reminder. And yet, when the monsters of everyday life attack, I find it difficult to practise the principle of staying calm in times of emergency. Instead I thrash about in the surf crying out, “I’m drowning!” and swallow gulps of ocean water.

Crisis hits and I panic. My mind tells my body that it better just do something, do anything, and so I often run around like a headless chicken, getting nowhere except to the point of total exhaustion.

What a far cry from my normal demeanor—calm, focussed and productive. In The Tao of Pooh, Benjamin Hoff writes, “And when you try too hard, it doesn’t work. Try grabbing something quickly and precisely with a tensed-up arm; then relax and try it again. Try doing something with a tense mind. The surest way to become Tense, Awkward, and Confused is to develop a mind that tries too hard—one that thinks too much.”

My experience has proven this true: a panicked response in times of emergency will only steal your life energy and get you closer to drowning.

In trying to recapture my creative self in times of emergency, when I need my skills of innovative problem solving most, I am having to learn to walk a little slower and breathe a little deeper. Instead of allowing my body to go into overdrive and panic mode, which is only detrimental to dealing with the crisis, I have to remind myself to lift my eyes from the muddy path under my feet to appreciate the beautiful African skies. I have to tell myself not to get caught up in the racket of the traffic but to listen to the music of the summer birds merrily fluttering above in the wind currents.

Once I can get my heart to stop racing and my lungs to inflate more easily—when I give up on the struggle and deal with them from a place of stillness—I have seen how things work out in their own way over time.

I do not wish anyone an encounter with a Medusa jellyfish and subsequent scar tissue to remind them of the importance of staying calm in times of trouble; instead I will leave you with a story from the writings of Chuang-tse:

At the Gorge of Lü, the great waterfall plunges for thousands of feet, its spray visible for miles. In the churning waters below, no living creature can be seen.

One day, K’ung Fu-tse was standing at a distance from the pool’s edge, when he saw an old man being tossed about in the turbulent water. He called to his disciples, and together they ran to rescue the victim. But by the time they reached the water, the old man had climbed out onto the bank and was walking along, singing to himself.

K’ung Fu-tse hurried up to him. “You would have to be a ghost to survive that,” he said, “but you seem to be a man, instead. What secret power do you have?”

“Nothing special,” the old man replied. “I began to learn while very young, and grew up practicing it. Now I am certain of success. I go down with the water and come up with the water. I follow it and forget myself. I survive because I don’t struggle against the water’s superior power. That’s all.”

(Excerpt from The Tao of Pooh by Benjamin Hoff ) 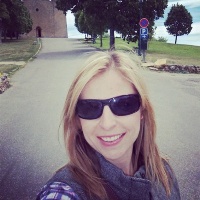