Until We’re Not—Acknowledging our Mortality. 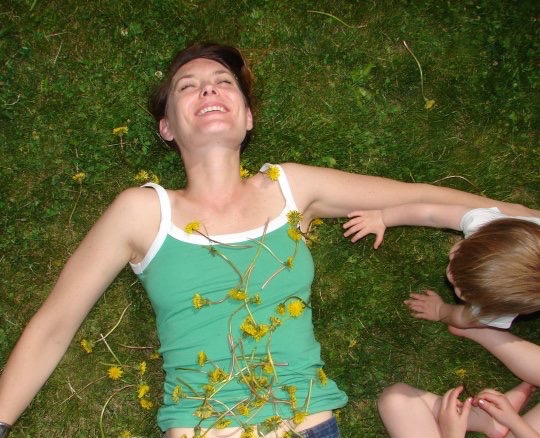 New Year’s Day, 2015, my husband and I made an impromptu visit to my in-laws with our four daughters.

Having only left Brooklyn a year before, these drop-ins had still not grown old. Our story was not a new one. After more than a decade of living in New York City, we wanted a slower pace. At the time, my husband was one of the top crime reporters in the city and was traveling on national stories up to six months a year.

I was home with our (then) three daughters entrenched in all it means to be a mom in NYC: strollers, subways, no storage at home, too many tests at school…overpaying for organic meat and produce that was often shipped from the area where we grew up.

It seemed as though we were in the constant predicament of paying more for wanting less: less crap in our food, less structure in our school, less rules and regulations.

Then, one day in mid-April, my husband surprised me by telling me he received a substantial book advance. This was our chance. If we were going to leave the city, it was now or never. So, on May 1st, 2013, I landed on my in-law’s doorstep with a U-haul, three kids and a dog.

This was to be temporary.

My husband had a four month deadline to turn in his manuscript. We would bunk with the in-laws until then, deciding whether or not to return to NY, move elsewhere, or settle down in the town from which we came.

Within the first month, the hometown deal was basically sealed. My daughters were playing in wide open fields at my nephew’s baseball games. My mother-in-law and I were making dinner together each night (and corking open a few too many bottles of vino for my father-in-law’s liking). We were berry picking and gardening and living the pastoral dream. By August, we had signed on a huge former Bed and Breakfast 30 mins south of my in-law’s house.

Living a more relaxed life with the support of family was amazing. I was able to birth our fourth daughter in a Mennonite midwife’s farmhouse. The next day, and for every day the following week, my mother-in-law brought dinner. As the baby grew, we traveled the 30 mins for dinner at my in-law’s house once a week.

But with all the help and the big back yard, with local farmers markets and a less test obsessed school culture, I still found myself as embroiled in contemporary parenting issues. Trying to find a new pediatrician who practiced functional medicine was like asking where to board the next spaceship for Mars. I once posted the following on my Facebook page:  “local friends, any recommendations for a Naturopath?” to which numerous people replied, “try lake Gene.” As in the place where they have nature paths.

Having a new baby reignited my quest for vaccine information and debate. With a large Amish population in the area, I knew I wasn’t the only one not vaccinating my children. Try googling “Amish parenting group…” Yep, nothing. Having decided to homeschool my oldest daughter, my frustration grew when trying to find a non-religious homeschooling network.

So, New Year’s Day, sitting at my husband’s parents’ house, I was probably boring my mother-in-law (who raised three great boys by booting them outside to the forest) to tears with my first world parenting dilemmas. I was likely thinking about starting a local chapter of Holistic Moms Network or fretting over the decision I made to give my newborn oral vitamin A rather than the shot. What I wasn’t thinking was that within two months, my mother-in-law and father-in-law, the bedrock of our decision to relocate to our hometown, would be dead. And yet…

And yet, six days after New Year’s, my mother-in-law died from sudden cardiac arrest as she was picking up my father-in-law from the PET scan that would reveal he had weeks to live. Exactly five weeks after she passed, he was gone, too.

There is something about tragedy that makes everything and nothing seem important at once. On one hand, I wanted to give the big middle finger to my online parenting groups. I wanted to stop reading the blogs and watching the (maddening) news coverage of the measles outbreak in Disneyland, enraged that life just kept churning away.

I was livid over how trivial the contemporary parenting issues seemed. Yet, I was overcome by an anxiety that made me certain if I did not perform perfectly as a mother, something horrible would happen to my children.

So I chugged away.

As a result, the casual observer may have viewed my life’s progress as a 5’5″ yoga pant wearing hamster on its wheel.

And I was tired.

But it wasn’t the typical fatigue that accompanies the ins-and-outs of life with four children. It was a mental drain specific to a type of worry that can only exist when you attach life-sustaining importance to every decision you make in a day. The fearful fuel behind each choice, a chorus that goes something like, “if you feed them that, if you skip that lesson, if you send them to public school, they will die.” As dramatic as that sounds, I am convinced (or, at least that is what one of the billions of books told me) that this is the ultimate fear behind everything.

The logical solution to this? Stop caring. You know, replace all the chatter with some mantra that suggests giving into the Dominos pizza, the standardized testing, the vaccines…because what is most important is a relaxed Mama.

This isn’t an all or nothing fix. Because, the problem for me wasn’t so much the parenting issues. The problem was really the anxiety they seemed to swaddle. Oddly enough, my mother-in-law was the only person I ever met that understood this particular brand of nervousness so perfectly.

Within only hours of meeting, she and I bonded over fearing death as children. For me, it took on a fervent dread that my grandmother would die. For her, it was her father. As we grew into adults, and those deaths happened, not only did we survive, so did the anxiety that they had catalyzed. No one would suggest that the deaths shouldn’t be cared about. Just like the parenting predicament I found myself in, the fix was not to stop caring. The fix was to slay the underlying anxiety.  This is what I do not want to pass along to my children.

The surprising, albeit morbid-sounding, salve for me has been to silently chant to myself, “I am going to die one day.”

Although this was terrifying in the beginning, it has now managed to shift my perspective to something calmer and more focused. I know what is important to me about raising these girls. But I also know that there is a learning curve and only 24 hours in a day. If they eat the crappy food, I am not automatically thrown into a state of panic over their mortality. Sure, I may start a batch of antidotal bone broth or throw some extra kale into their morning smoothie. What I don’t do is panic.

The suddenness of my in-laws passing brought so much heartache to my family.

But, if there exists a glimmer of a silver lining, it is that, in being forced to grapple with my own mortality and that of my family, I have been freed from an insidious anxiety. Our time here is limited. No amount of organic kale is going to prevent this fact.

And, most days, I am okay with that. 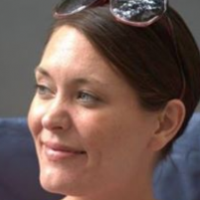