Vexillology & What it Means to You. 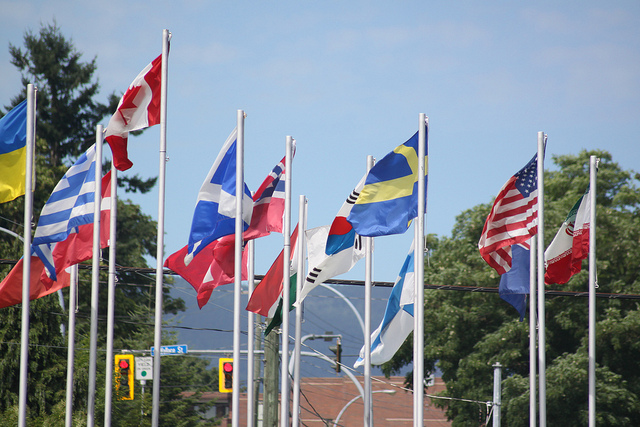 Soccer has always been my sport, playing, watching, practicing, and following different leagues. As I watched the pink socks and accents that were paired with Japan’s blue uniforms contrast the neon yellow, white, and black the United States was wearing I couldn’t help but notice how different these uniform representations were from each countries’ respective flags.

It was my nerdy vexillology hobby getting a hold of me. Vexillology is the study of flags. More specifically it encompasses the history, symbolism, and usage of flags.

While I don’t have an answer as to why the uniforms in the World Cup were so different from the flags of these countries, I suppose you could also argue that it really doesn’t matter either. What I do know is there has been a great deal of vexillology dedicated to each countries’ flag. For example, the United States’ flag has 13 stripes representing the original 13 colonies and the stars to represent the 50 states. Japan’s flag focuses around the importance of the sun; it is very meaningful in their culture. Thus, the people of each country carry a unique way of identifying with their flag and their country.

There have been several flags that have been in the news more than usual lately. While these flags may represent a news story, a perspective, a way of life, or something in between, even if we don’t directly identify with them; they define some people’s lives. For some it may be the history that it symbolizes; for others it may be a way they identify with other people. The meaning and use of a flag changes with every person, but the history and how these associations came about is endlessly fascinating to me.

Recently, the confederate flag has been under great scrutiny in the United States. The history and initial representative purpose of this flag was for the Confederate States to have an identity. There is a great deal of question about the current use, what it actually means to people in the southern United States, and if it is appropriate for people to still use this flag as representation of their beliefs, outlook, and identity.

Another flag that is getting a lot of notice around the world is Greece’s. The financial debacle that Greece is working on sorting out with the European Union, and the bail out, debt, and other financial details is what brought Greece’s flag into the spotlight around the world. The flag includes a cross in the upper left corner for Eastern Orthodox Christianity and there are a couple different theories about the history of the blue and white stripes that make the rest of the flag. One is that they represent freedom and death. The people of Greece are very proud and strongly connect with their flag and their country’s history. The rest of the world, however, may be associating Greece’s flag with their financial instability right now.

While a great deal of vexillology is spent on countries’ flags, there are also plenty of flags that aren’t constrained and defined by boarders. Another flag that has been trending through media outlets the past month is the LGBT pride and social movement flag. More commonly known as the rainbow flag. This flag has been covering Facebook pictures and trending across social media too. The reason for the additional trending attention toward this flag is a result of the Supreme Court voting 5-4 to legalize gay marriage across all 50 states. The closing words from the Supreme Court were incredibly moving. While the LGBT flag does not have as lengthy of a history as some of the others mentioned above it has allowed for people around the world to identify, acknowledge, and represent something that defines part of who they are, or support those who identify with the flag.

I am always fascinated by people, their point of view, and what they associate and identify themselves with. I think this is part of why vexillology grabs me so easily. The history of flags, unique cultural identifications, and what brought the flags we see today to fruition is all very interesting. I find myself often googling and searching for information about random flags when I am traveling, or a flag I stumble across in everyday life. It reminds me how big the world is and the many different walks of life. The history of each flag that unifies or represents people in some way is a captivating way humans find connection to one another.

While at times the association of a flag may not be positive, the universal symbolize is almost like a language in itself.  Whether a person is backpacking through Europe with a Canadian flag sewn to their backpack to let people know where they are from, or maybe an American flag flying outside a house on July 4th to show patriotism, or maybe a rainbow flag sticker on the back of a car to show support or identification with the LGBT movement, they allow us a small introduction to someone else’s world. 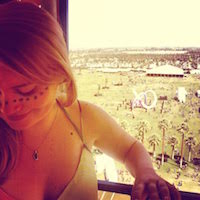