We are What Our Minds Consume. Choose Wisely, Dig Deep. 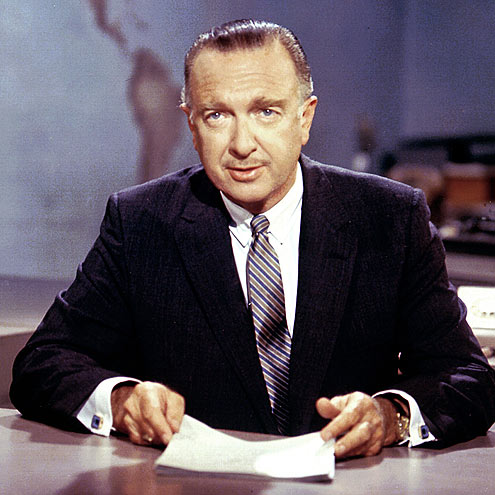 “If people in the media cannot decide whether they are in the business of reporting news or manufacturing propaganda, it is all the more important that the public understand that difference, and choose their news sources accordingly.” ~Thomas Sowell

Propaganda: Information, especially of a biased or misleading nature, used to promote a political cause or a point of view.

When I was a little girl, I used to watch the reporters on the evening news and think, “Wow, now they have a cool job.” I saw them as detectives, sorting for the truth, getting to the bottom of what was really going on, and then delivering it to us in such eloquent ways.

Those were the days of Larry King, Barbara Walters, Walter Cronkite and Tom Brokaw. I grew up with them on the nightly news. Then I went to school and I learned about guys that came before them, like Woodward and Bernstein, the reporters who broke the Watergate scandal.

To me, they all represented tenacity, determination and the propensity for getting the truth out there. They showed me that it took ethics, work and integrity to be classed as a journalist. I respected that. And I thought maybe, one day I could be like them. Delivering truth to the world, and digging deep to find it. Going above and beyond to deliver that story. I always believed journalism was key to evoking a change in society when needed.

This was years ago, before the internet and before the 24-hour sensationalist media coverage of the present. It was before any pretty face could stroll onto a 24 hour major media channel and report all day long about winter storms, terrorism and police violence. Stories that sometimes are not even backed up by hard facts, that are immersed in opinions yet being reported as news. Stories being classed as journalism that are being used to sway public opinion, i.e., propaganda.

A journalist goes on a mission to uncover a story. They seek out the story. Journalists seek out the facts of the story. They report the story. Walter Cronkite stormed Normandy with the 101st Airborne Divsion. Brian Williams flies around in a helicopter in the Middle East, and then lies about getting shot at. He lies. Rather than deliver facts, he fuels a war!

The responsibility of the journalist is to the public, not to the government and not to the corporations. The American Press Institute’s The Elements of Journalism states that: “Journalism has the unusual capacity to serve as the watchdog over those whose power and position most affect citizens,” i.e., to keep the big boys in check and to report to the public their goings on.

Where and when did this all change? Just like I lost my intent and my path in life for awhile, just like I dragged myself down some very dark alleys in life, I feel like journalism has gotten lost somewhere on its journey. Or perhaps it’s being dragged down a twisty, dark alley against its will by its big bully cousin, propaganda. In a time where society needs solid, tenacious, ethical and loud journalists that won’t back down from the truth, we seem to be lacking.

Coincidence? Most likely not.

Gone are the journalists of the good old days who would get the story out no matter what. Barbara Walters went to Cuba in 1977 and spent a week with Fidel Castro. That is journalism. In its place has sprouted a nasty, twisty maze of weeds we call our media. Major media channels are handcuffed by the corporations that own them, whom are in bed with our politicians; all of whom the media is supposed to be holding accountable. Now that’s a nasty threesome destined for failure. I hear a whole lot of opinions on major news and not a whole lot of story. I believe that liberal and conservative are labels that should not be able to be applied to our media! See, point in case, you all know which is which on major news.

Now, before you run away with my words, let me clarify. There are some great journalists around today. Anderson Cooper, Wolf Blitzer, Stephen Colbert and Jon Stewart to name a few. NPR news. Independent media like elephant journal or The Onion. My point is this. Be selective what you want to take in as truth. Search out the real stories.

Dig deeper beyond what mainstream media is reporting. The truth usually lies somewhere between FoxNews and CNN. Probably way closer to CNN. In a time where news anchors lie to the nation (Brian Williams and FoxNews), use your mind to weed through the bullsh*t. Don’t fall for the propaganda machine.

“This is the secret of propaganda: To totally saturate the person, whom the propaganda wants to lay hold of, with the ideas of the propaganda, without him even noticing that he is being saturated.” ~ Paul Watziawick

In a time where corruption in government is at an all-time high, with corporations running amok and taking over our “democracy,”, we need real journalism more than ever. We need truth. Society needs truth. Journalists are warriors of truth. They bring true information to the people, and information is what gives us our power back.

Without information we are just living as sheep. The trouble is, in an age of information, much information being presented as fact, is not. The challenge then is separating the good information from the false.

Don’t be tricked into believing the lies as your own thoughts. We are more intelligent than that. Any time someone debates me with something they heard on major media, I cringe. And I see the depth to which they cling to that fact as their own thought/belief. This shows me the propaganda machine is working! It’s time for us to put a wrench in the machine.

As humans, we were given intelligence. Or we evolved into it. Either way, we have the  ability to use logic, solve problems, think for ourselves and make decisions. The great Buddhist monk, Thich Nhat Hanh, discusses how we are what we consume. Beyond the food we put in our mouths, our eyes and ears consume on a daily basis. They consume media, ads and the world around us. The propaganda machine would have us consuming the idea that we are powerless, and that the only solution is to consume some more. It would have us eat up the idea that we are all separate. It would sway us to the right, or sway us to the left, so that we falsely see each other as the enemy, rather than see the real enemies.

This is why I support indie journalism. This is why I stop when something catches me on major news, and ask myself, “Okay, let’s go find the real story.” It’s out there. So, be a journalist in a world of propaganda. Find the real story in a world of hype. Dig for the facts. Then spread those around amidst the idle mind numbing gossip we have all been sucked into. Plant a seed. Be the change. Spark a thought. Be a warrior of truth.