We have 5 Months to Save the World! 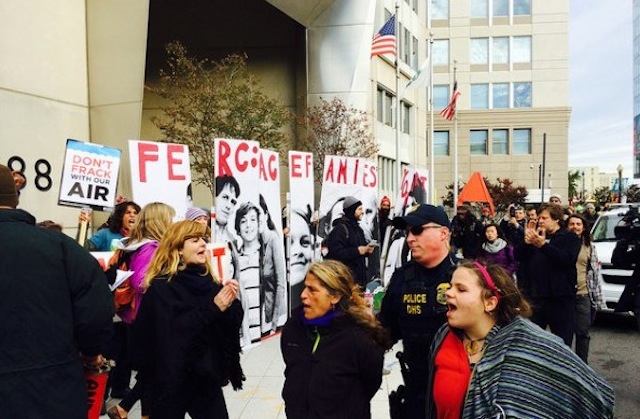 “Fatalism on climate change is not just futile, it’s also incompetent. The hour is late, but it is still absolutely within our power to stop this catastrophe, simply by shifting our economies from oil and coal to other sources of power. And doing so will bring the world together like never before, in a deep commitment and cooperation to protect our planetary home.” ~ Ricken Patel, Avaaz.org

There have been many times when I have felt like throwing my hands in the air and giving up on the whole climate change catastrophe.

I have felt powerless and frustrated.

After all, beyond what I’m already doing—living a fairly sustainable lifestyle, where else can I effect real change? I’ve written about the environment for 12 years or more, but am I a tiny, inconsequential pebble on a vast beach of activism?

In addition to my belief that humankind is responsible for much of the global warming crisis since the Industrial Revolution, I also meditate on these things:

*The planet is in a continual state of flux and has gone through the warming/cooling cycle many times, with or without us to expedite the crisis. I understand the urgent need for reform in human activity on Earth while recognizing that this is not the first or last time that life has been wiped out on this rock as Earth shifts according to her own needs.

*Humans are not the prime reason for the planet’s existence and if we do not survive the next shift, it will be a tragedy in our eyes and simply a symptom of a natural cycle for the Earth.

*I am in awe of the powerful forces of nature. Things like continental drift and earthquakes facilitating a re-arrangement of the face of the globe are something that I, as a human, have nothing to do with. I try to grasp them intellectually, philosophically and spiritually. These things will happen despite my egoic hope that people will find a way to control their environment. We will never be in complete control. This whole “life on earth” thing is not all about us.

*Humanity has never before been able to recognize, record and globally discuss an environmental crisis as it’s been happening, like we can now. What a time to be alive in the evolutionary process.

*Humanity has never before had the incredible opportunity to either ignore or engage with such a massive planetary event as it does now. (Qualifier—the Atlantian’s or Lemurian’s may have had.)

*Are there enough of us that take an active role in this crisis or am I part of an army that has no hope of winning?

Whether you and I agree on my ponderings is not important. These thoughts of mine are part of an internal struggle I face and I offer my questions here freely, wondering if anyone else processes these quandaries?

I follow several environmental groups to stay on top of any opportunities that would allow us to mitigate the impact of the human footprint on Earth. Just the other day I came across this post regarding the upcoming Paris Climate Summit this December.

A while back, a scientist went on an annual tour of the Russian Arctic Ocean to check on the hundreds of methane gas plumes rising up from the ocean, each about a meter wide, which are said to be 50 times more damaging to the climate than carbon dioxide.

What he found on his most recent trip is that now those meter wide plumes are a kilometer wide!

According to scientists, as the earth warms, it creates many “tipping points” that accelerate the warming out of control. These plumes are one of those tipping points.

“Warming thaws the Arctic sea ice, destroying the giant white ‘mirror’ that reflects heat back into space, which massively heats up the ocean, and melts more ice, and so on. We spin out of control. In 2014 everything was off the charts—it was the hottest year in recorded history.” ~ Avaaz

There are just five months left until the Paris Climate Summit, a meeting that can determine the fate of the world’s efforts to fight climate change. Our leaders need a plan. How can we help them help the planet?

“The G7 just committed to getting the global economy off fossil fuels! It’s huge news—and if we get dozens more countries on board in the next few months, the entire world could agree at the Paris Summit to adopt this ambitious goal as a north star to a clean future!” ~ Avaaz

The petition started at Avaaz hopes to:

Mobilize a large community of global citizens to demand a historic climate change agreement. The People’s Climate March spearheaded by Avaaz last year was a game-changer in political momentum.

Put the heat on French President Francois Hollande who will chair the Paris summit to push for a high ambition agreement. He has met with Avaaz twice before and left promising to work hard for a strong deal. Let’s show him that we need him to stick to his ideals.

Take it to the Next Level with a powerful, direct, non-violent action, to capture imagination, convey moral urgency and inspire people to act. Let us Occupy this Summit.

Define the Deal. 195 governments in a room can be incompetent if not well organized. The press and politics need a clearly defined agenda.

“Our top focus must be a clear commitment to a world without carbon, powered by 100% clean energy. That is what will put the fossil fuel industry on notice, and shift private investment massively into renewable energy.” ~ Avaaz

I for one will be participating in the opportunity this group has given me to have a wider reach into the political arena affecting climate change.

If you would like to add your voice, your effort, your commitment to climate change, follow this link to pledge your support.

“The damage that climate change is causing and that will get worse if we fail to act goes beyond the hundreds of thousands of lives, homes and businesses lost, ecosystems destroyed, species driven to extinction, infrastructure smashed and people inconvenienced.” ~ David Suzuki

2014 was the hottest year on record (Bloomberg)

Your Voice Matters: How the People’s Climate March Changed My Life.