When Getting What you Want Scares the Crap Out of You. 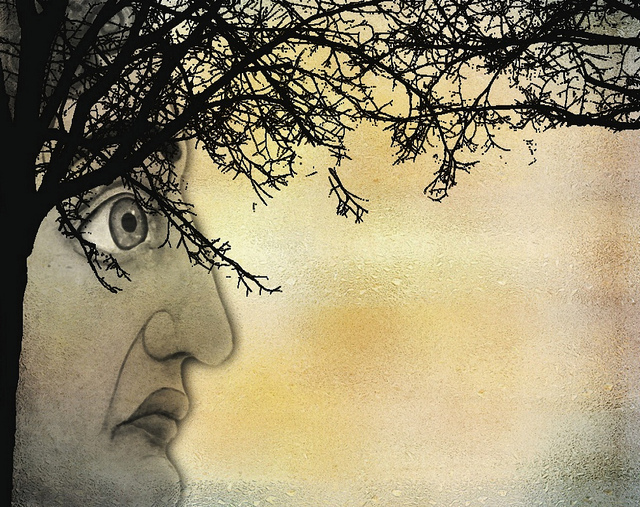 Is there a person alive on the planet who doesn’t have dreams, wishes, hopes, desires or visions?

Some may have existed since childhood, while others are newly formed. They are seed kernels that when planted in fertile soil, watered, weeded, given just the right amount of sunlight and shade, and of course, fertilized, can blossom into exquisite gardens of delight.

Like any patch of land, initially lying open, the willing gardener needs first to imagine what it is that she wants to see there. If she has in mind to grow tulips, she ain’t gonna plant marigolds. If she wishes to harvest watermelons, she’s not about to scatter zucchini seeds.

Cultivation of the plot takes patience. Once the spore has begun to root, it would be silly to even consider digging it up to see if it is growing, since she knows it takes time.

Like the words to the folk song, Inch by Inch, I have to “pull weeds and pick stones,” and allow for the patch to “be seasoned with a prayer and song.” Donning my symbolic straw hat and overalls, I have become the enthusiastic caretaker of my own ever growing field of dreams. I have long believed the classic line from the film: “If you build it (he/they) will come.”

What is it that I envisioned coming to fruition?

For many years, I have cast my creative wishes out there into the vastness of the Universe, that I speak and write, travel and teach full time. This would be in place of a less lucrative career as a social worker/therapist who saw clients 40+ hours a week for a few decades.

At the time, I had a passion and drive to be out there on the road and in cyberspace, but with little idea of how it would unfold. No formal journalistic training; my degrees were in Psychology and Social Work.

In 1988, I became a seat of the pants professional learner as my husband and I began a 10-year run as publishers of a magazine called Visions. It focused on wellness and spirituality, as well as peace and social justice issues. I had the priceless experience of interviewing those I call “movers and shakers” in various transformational fields, including Ram Dass, Bernie Siegel, Shirley MacLaine, Marianne Williamson, Ben & Jerry, Jack Canfield, Deepak Chopra and Debbie Ford. Before Michael died in 1998, we sold the publication and I became a freelance writer.

My liaison with writing grew to epic proportions and The Muse became my insatiable lover who would keep me up with its pleasure inducing caresses.

Even as I am running my fingers across the keys, the clock reads 5:04 a.m. When the ideas for this article popped into my brain that had only been resting for 3 1/2 hours, the digits announced that it wasn’t even 4:00. I attempted to ignore the insistent nibbles on my neck and was reminded “If you don’t write this now, you will forget what you wanted to say.” Sighing, I agreed, turning on the light and the computer.

In the interceding years, since I leapt into the free-lance world, I have written for numerous print and online publications; continuing my quest for speaking with fascinating notables, including His Holiness the Dalai Lama. I have penned prose that comes from soul deep places. Readers have told me that the words have moved them and revealed aspects of themselves that they had not dare to explore previously. While I am doing that for them, I am simultaneously doing the same for myself. Every day, new opportunities to take my writing to new venues, present themselves.

Yesterday, I was invited to write for two of them. I am living a wordsmith’s dream of being well compensated for doing what I love. I have the flexibility to write from home or the road. I am asked to speak about the topics that also feed the written expression: relationships, spirituality, sexuality, creativity, life change, wellness, recovery, humor, life and death.

What also woke me up in the wee hours, was a fear that goes along with the adage “Be careful what you ask for, since you just might get it.”

Why would I expect that if I requested such a life, that it wouldn’t come to be? I have long been a believer in the Law of Attraction. What a silly Universal Supply Company would it be, if what we ordered wouldn’t have the likelihood of being delivered?

Sometimes the schedule isn’t meeting my expectations, but then the dispatcher never said that the truck would leave the warehouse at any particular time. Some of what I have called for has shown up at the speed of thought. Other items, people and opportunities have arrived after 20 or more years have passed. I have expressed gratitude at the onset, during the process and once they have manifested, or as I prefer to say “manna-fested,” like manna from Heaven.

So why does it frighten me to witness the unfolding of what I had worked and prayed so intently for? I question if I really am that powerful, to have made it so. I wonder if it will all disappear in a puff of smoke, as a cosmic joke with the punch line being delivered with a wink and a “Gotcha!” It ties into the concept of Imposter Syndrome about which I have written and spoken often; that I’m not really all that.

As confident as I seem, I still crave approval at times. As much as I know I have gifts to share, I still fear that they won’t be received. I am both dazzled by the gifts I am given and am tempted to brush them away.

A line from the film The Second Best Exotic Marigold Hotel rings true for me “Sometimes the line between what we want and what we fear is the width of an eyelash.”

And I haven’t even touched on my deepest heart-longing: a partner with whom to share this glorious life that I have created. That is the ultimate desire and most fervent fear. What if they are mutually exclusive and there is no room in my bed for both Muse and human lover?

I know that it is more than possible, since there are historical pairings of creative souls. I have many couples in my life who are able to blend their worlds beautifully. What makes me think that I am the only one who can’t have it all? I ask that my terror be transmuted to a sense of peace that just as my trusting surrender has led me to my career successes, so too will it open the door to the relationship of my vivid imagination.

What if I really can live happily ever after?

How to tell the Difference between Fear & Intuition.