Why do we Stay in Cycles of Self-Sabotage? 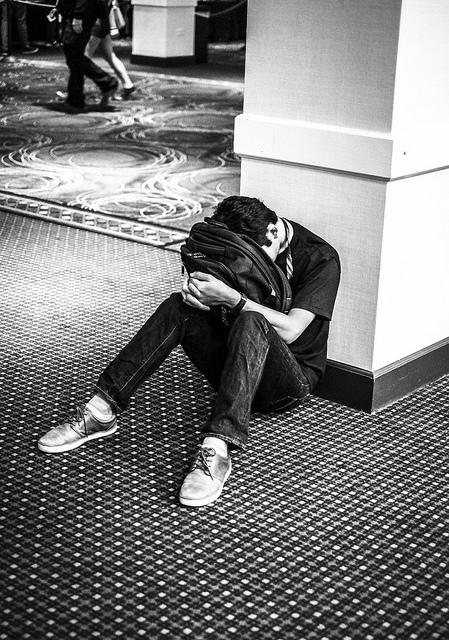 My dream is to make a living as a writer. Instead, I have spent the past fifteen years working as an assistant for people in Hollywood who are making a living off writing; my job is to serve them coffee and make reservations for their power lunches.

Have you ever found yourself in a situation and had an eerie insight that you have been there before?

Maybe you are going through a break-up and realize the experience mirrors your last three break-ups.

Maybe you are being fired from a job, and it reminds you of the last job you lost.

You just blew another audition, or you’re heading back into an unhealthy relationship. You’re picking up a glass of wine after swearing you would not drink on weekdays.

Your first instinct is to lash out and place blame on other people and exterior circumstances, but, deep down, you know that the one constant in the repeat experience is you.

Are you in a cycle of self-sabotage? I am.

Help! My life feels like a giant déjà vu merry-go-round.

I am stuck in negative behavior patterns from which I desperately wish to break free.

I have been chasing dangling carrots for as long as I can remember (15 years or more), trying to “make it” as a writer/creator/artist in the entertainment industry.

This journey takes me on an endless roller coaster ride of highs and lows. Each time I feel like I’m about to reach the carrot, the track plummets and I bottom out no closer to that damn elusive carrot than I was when I started.

I have been banging my head against the wall—expending copious amounts of energy in an attempt at “success”—and coming up depleted.

If I were a bank account, I would be overdrawn.

My dream is to make a living as a writer. Instead, I have spent the past fifteen years working as an assistant for people in Hollywood who are making a living off writing; my job is to serve them coffee and make reservations for their power lunches.

I used to believe I had to write a better song. Kick off a better project. Find a greater “connection”—the person who “gets it”—but, in reality, none of that will do the trick. It is finally hitting me—like a ton of gold—that even the best song in the world will not yield the results for which I have been reaching, if I do not change my core beliefs.

In an effort to change, I recently returned to therapy with a specific goal in mind: to end this cycle of self-sabotage in which I have engaged my entire adult life—probably most of my adolescence and childhood as well.

My therapy is expensive. I could write it off as a luxury I cannot afford; however, I am writing the checks because I believe I am worth the money, and the effort. It feels as though I am almost down to my core (where change needs to take place) and that once I get down to the bald, ugly truth, there will be nothing more to do but break through this behavior pattern.

I was in a songwriting session last week working on a song that taps into a universal theme of holding back from being all we can be in life out of fear. We got to the lyric couplet at the end of “Verse Two” and we hit a wall. It was past two o’clock in the morning, and we were on the brink of burnout.

That’s when the question struck me: Why do we self-sabotage?

I get that it is a common human tendency, but why? Why do we hold back? Why do we play small? Why are we afraid?

The power to move forward with our lives is in our own hands, not in the hands of others. So, why don’t we make it happen?

The next day, I brought the question up to my therapist, and she took me straight back to a place I was a bit annoyed to go: Childhood.

I have re-visited my childhood ad nauseam, and nothing ever seems to change.  This time, however, she got me to look at the events through a different lens.

Simply put, certain events beyond my control took place during the developmental years of my life. They told me I was “unworthy.” Thus, my core belief most—or all—of my life has been: I am unworthy. Unworthy of happiness; unworthy of love; unworthy of wealth; unworthy of success… the list could go on and on.

I have yet to meet someone who doesn’t have a story about some sort of tragedy that left them wounded.  Mine is no different. I was wounded, and a scar remains in the form of a core belief that tells me I am not good enough.

Once a negative core belief gels, we adopt a practice of “self-sabotaging,” “playing small” or “shrinking back from exposure” so that our “truth” will not be revealed to others—the perceived truth that we are not good enough. Hence, we protect ourselves, or the helpless children we once were, from being exposed. Deep down, we fear the revelation of our core belief: I am unworthy; I am not good enough.

As we go about protecting ourselves in life, we sabotage or write-off as invalid any (positive) occurrence, opportunity or compliment that threatens to disprove our core beliefs. We protect ourselves and stay small.

This is why we keep ourselves in cycles of self-sabotage.

Were we to open ourselves up for success, we would also re-open to exposure, rejection, failure and abandonment.

A little exploration can go a long way.

For years, I wanted to believe I was afraid of success because my ego feared failure and rejection, but I am beginning to understand it differently. Success would leave me open to an even grander scale of rejection, ultimate failure and the exposure of my core belief.

It is complex and simple all at once.

The truth is, I am good enough. I am worthy.

This is a strange new place to find myself. I am not sure what to do with this information, except to share it through writing.

One more aspect is huge: It’s about forgiveness.

It would be easy to point fingers and blame all the people and events in my life that have deemed me unworthy, but, the truth is: A. I am fully ready to accept responsibility for my own existence, and B. Anyone who may have contributed probably had their own string of events that left them feeling in some way unworthy, and they were simply passing it on. I am sure I have done the same, unintentionally, to others.

It is nobody’s fault; it is a common phenomenon of human existence that the abused become the abusers, but we can put an end to the cycle.

Inner peace on an individual level—one by one—leads to global peace.

Let’s make an effort to take care of our selves, and each other. Let’s stop the cycle of self-sabotage.

How to Avoid Self-Sabotage in a Relationship. 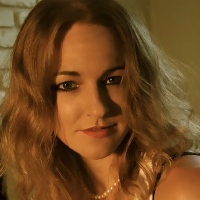