Why Love Relationships Fail—if you were Born with Venus Retrograde. 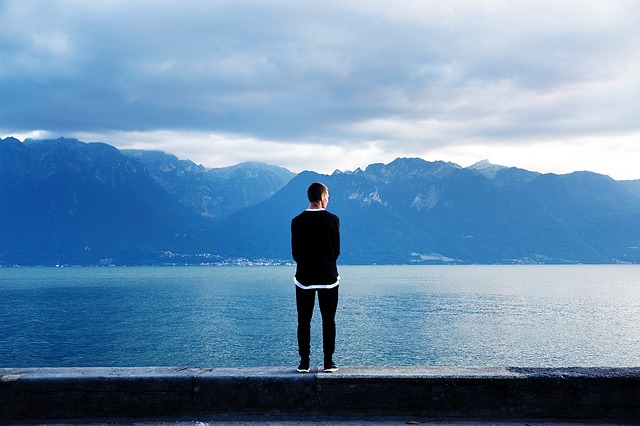 The article, Venus Retrograde: 8 Ways to Protect Your Beauty, Love Relationships and Money, discussed what to do during this Venus retrograde.

But what if you were born during this retrograde? How does it affect your love relationships?

One out of every 10 people are born with Venus retrograde.

On a positive note, these individuals “dance to the beat of their own drum”—rebelling against conventional values that trap most of us into becoming conformists. They don’t bow to societal pressures that ask them to follow traditional cultural, moral or religious standards they consider constraining or hypocritical.

Heroically, despite the personal and relationship conflicts they encounter, they strive to fulfill a higher spiritual purpose. Their challenge is to accept that “normal” doesn’t work for them. Standing apart from others because of their beliefs and behavior, they are “outliers”—original, and eccentric.

Courageously, those born with Venus retrograde realize they must find their own truth—even if it is different or in conflict with the majority, and even if their special needs create problems in their relationships or the outer world.

Famous People With Venus Retrograde in their Natal Charts.

Venus retrograde people often start out in life being shy in their youth, feeling socially awkward. They grow up having a hard time experiencing a happy loving relationship, often becoming emotionally reserved in the process. There is great difficulty attracting a relationship that fulfills their needs. Going from one failed relationship to another, they can’t seem to find one that is satisfying.

Their relationship quest is much like the recruitment motto of the U.S. Marines, “Many are called, but few are chosen.” Finding a fulfilling relationship is like having an itch they can’t quite scratch. With mixed romantic experiences that may include use and abuse, their relationship frustrations fit the lyrics to the Rolling Stone’s song, “I Can’t Get No Satisfaction.”

These disappointments require putting put up barriers or self-defense mechanisms to protect them from being wounded again, thus preventing love from coming into their life. Ironically, when a promising romance seems to be developing, they frequently run away from the first signs of intimacy—especially if a potential lover asks them for a commitment.

Interestingly, Venus retrograde people are often beautiful or physically good-looking, with great posture and presence. However, despite their attractive outer appearance, they tend to be insecure and highly self-critical of themselves. Because of their deep feeling nature, small talk or superficialities don’t interest them.

Though not revealing it, those with Venus retrograde love with great intensity. While yearning for a love relationship, their personal feelings of inadequacy and insecurity sabotage their ability to attract the very love relationship they desire. Self-doubt is reflected in such fears as, “I’m not attractive enough,” or “good enough,” or “successful enough,” or “lovable enough.” These anxieties (which may be unconscious) play like background music in all their romances.

Suffering from low self-esteem makes it difficult for them to love themselves in order to fully love another. As a result, they become their own worst enemy—unsure of themselves. This lack of certainty causes their social life to operate at extremes, vacillating from serial dating to abstaining from any socializing. Those with this Venus position alternate from desperately looking for love, to telling themselves they don’t need love at all. When it comes to affairs of the heart, achieving a balance is a challenge for them.

People with this retrograde in their horoscope have conflicting standards for themselves versus what they seek in others. On one hand, they dislike superficiality—yet on the other, they focus on superficial aspects of themselves, such as the way they look, dress or what kind of car they drive. Depending on the sign their Venus is in, their insecurities can cause them to overcompensate. For example, if Venus retrograde is in the sign of Scorpio, their emphasis in a relationship may be on sex rather than intimacy. If Venus retrograde is in Pisces, their focus might be on material gifts rather than spiritual values.

Venus retrograde people are very unusual and a bit eccentric when it comes to their attitudes about love and romance. Intellectually, they think (sometimes, “over-think”) about all kinds of issues and problems that pertain to having a relationship. Their ideas can range from unconventional, to unusual, to just weird.

Their romantic behavior can be confusing to those they have a relationship with, especially since their ideas about love and marriage are not traditional. Being emotionally distrusting, they keep their feelings to themselves and take a great deal of time to warm up, which prevents a more intimate connection from occurring.

While ultimately worthwhile, it can be challenging to love them because their insecure nature requires constant reassurance that they are loved. Often, the roots of their behavior can be found by understanding their difficult childhood, or an emotionally heart-breaking relationship they had in their youth. These experiences are part of what has created the special needs and unique fears they experience in their love relationships as an adult.

People with Venus retrograde often have to go through many relationships over a long period of time, to find their ideal mate. Because of the lessons they must learn, a love relationship or marriage is often delayed until later in life (as opposed to conventionally marrying in their 20s). As a result of their complex needs and internal self-doubts, they are hesitant to commit to a relationship. It takes those with Venus retrograde a long time to surrender to the process of a partnership or marriage commitment.

The Path to Transforming Love Relationships:

Step #1: Self-Love. This starts by recognizing one’s own self-worth and the unique character qualities that makes them lovable.

Step #2: Take Personal Responsibility. Accept responsibility for one’s own happiness instead of looking for another to provide it.

Step #3: Commit to Personal Development. Have the courage to do personal development work (or therapy) that can lead to self-discovery and change.

Step #5: Be Emotionally Vulnerable. Take the risk of becoming emotionally vulnerable to another person, in order to establish an intimate love relationship.

Step #6: Be Conscious & Available. (This one is the most important!) Become fully conscious of self-sabotaging behavior so that one’s heart is open to giving and receiving love from another.

To learn if your Venus is retrograde (and the sign it’s in), use the Free Transit Calculator and enter your birth date. It will compute your personal transits for 2015-16 and the planets in your birth chart. Then, make sure to scroll down to the end of the page, where you’ll see your natal Venus and the other planets in your birth chart. And, if you’re curious to learn more about your personal horoscope—and what it says about your love relationships, career, investments and health—you can order a customized report: Your Horoscope & Future in 2015-16. Or, a report on: Your Love Compatibility.

5 Ways to Find out if You have a “Love Compatibility” with another Person.