Yoga for Cultural Health: Another Reason Why it’s Not Just Physical. 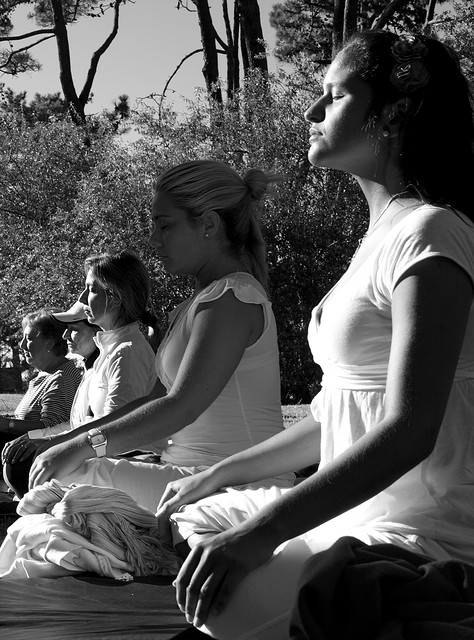 Everywhere around us, it seems, we’re told that yoga is good for our health.

If you don’t blow out your knees, yoga promotes physical flourishing and peace of mind. But what about a kind of health that isn’t just about individual bodies, but also about social vitality? Can yoga support something that we might call cultural health?

I’d like to suggest that one essential part of cultural health is the search for a democratic, ethical and lively common ground with people who seem different from each other. Perhaps they’ve got a different skin color, a different size of bank account or a different constellation of consonants in their name.

The U.S. and other Western countries are haunted by long histories of disturbing responses to people who haven’t met the mainstream norms set by those in power. The brutal violence of imperialism, the pervasive degradation of racism or the subtle jabs of, “No, really, where are you from?” have all made it harder to shape a healthy multicultural democracy.

Moving through—not exactly past, but through—these histories requires conversation about the invisible patterns that constrain or advantage us. When I teach classes on race and identity, my job is to get my students to understand how concepts like “white privilege” work. It isn’t about asking white students to feel bad or guilty. It’s about asking them to recognize that they could probably walk into an expensive hotel where they aren’t paying guests, use the immaculate bathroom in the lobby and walk out. And it’s about asking them to recognize that not all people can do that, at least not without an uncomfortable encounter with hotel security. Like many other multiracial people, I’ve found myself on both sides of such privilege. A healthy culture is a culture that encourages us to think hard and honestly about the invisible assumptions that shape our world.

Over the years, I’ve come to feel that one of yoga’s most important potential contributions isn’t to our bodies. It’s to our most difficult social conversations. Yoga came to the West in the late nineteenth and early twentieth centuries from an India in its great push to create national solidarity and to overthrow British colonialism. For major patrons like the Maharajah Krishnaraja Wodiyar IV of Mysore, yoga offered a language of indigenous power. Yoga showed Indians as commanding and authoritative, even and especially when India was not politically strong. This yoga claimed complex Indian roots, while it also looked with curious interest at bodybuilding and gymnastics that came from the West. It was cosmopolitan cultural critique in action.

Today, a good deal of that cultural critique seems to be lost in the yoga pant bar at Lululemon. But yoga is a practice ideally suited for hard questions about how we approach cultural differences in our globalizing world. Yoga hones our ability to observe. The careful attention we learn to give our bodies in difficult poses is careful attention we can give as those bodies walk into expensive hotels to use the bathroom. Yoga refines our voices. When we aspire to an inner voice that doesn’t sound so much like Simon on American Idol, we can use that more compassionate tone to ask why bindis are signs of white cool, but Indian women who’ve worn them in America have been beaten up by Dot Buster gangs. And yoga invites us to realize that we can change ourselves, a little at a time, every day.

The most exciting new development in modern yoga isn’t circus yoga or pet yoga or yoga on stilts. It’s talk. It’s heightened willingness to consider white privilege. It’s exploration of yoga on ground never ceded by indigenous owners. It’s energy in groups like Decolonizing Yoga, who raise important questions about how Western practitioners treat the idea of India in their practice. It’s the willingness to question how the modern yoga ideal is shaped around particular visions of body image, whiteness, femininity and youth.

Yoga’s definitely not going to give us a cheat sheet to solve all the problems of multicultural life. Indeed, in its increasingly consumerist American form, it’s probably done its share of creating them. But, if we let it, yoga can help us shape the way we talk about difference in an age of globalization.

At their best, yoga practices can promote attentiveness to what we can’t always see, generous civility to others and openness to change. Those gestures don’t erase large structures of power and inequality, but they can begin to make our culture a little bit healthier. 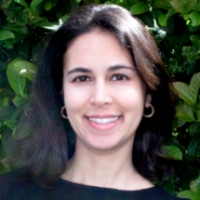