You Are Brahma: One Writer’s Encounter With The Bodily Cosmos. 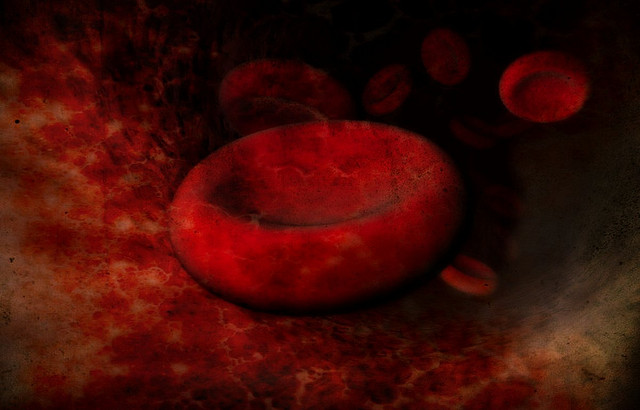 One afternoon in 1984 a friend excitedly told me about a unique medical technology she’d come across called “live-cell analysis.”

“Normally, when you look at human cells under a microscope,” she said, “they’re already dead. But live cell analysis allows you to look at your own blood cells while they’re still alive.”

I wasn’t quite sure what the big deal about that was, but when she offered to demonstrate the technique for me next time I came into her office, I thought, why not? What do I really have to lose, other than a few drops of blood?

So during my next visit to her workplace, she drew a small blood sample from my finger and put it on a slide and then carefully placed it under a microscope. After adjusting the focus, she said, “Here, come take a look.”

I shifted my chair over to where she had the microscope, squinted through the eyepiece and proceeded to behold one of the most astonishing sights of my life. There, right before my eyes, were thousands, possibly even millions, of cells actively swimming around in plasmic fluid, all of them alive and all of them acting very much like miniature sentient beings. And just moments earlier, that teeming population of cells had been inside my very own body—and now I was watching them outside of me, struggling to survive, each seemingly with a mind, and possibly individuality, of its own.

I’d read enough science articles by that point to know our body housed trillions of cells, but that meant almost nothing to me, since it had always been little more than an abstraction. But this was different, because now I could actually see it or at least see part of it.

My body really was a cosmos of its own, embracing untold billions of living creatures all working together in concert, vastly more numerous than the number of human beings on the Earth.

And this was all inside of me. Making it even more startling was the fact that what I was looking at came from just the tiniest drop of blood. My imagination reeled at the thought of all the other cells in my body I wasn’t seeing.

For days afterwards I felt a sense of awe over the magnitude of this body I’d always taken for granted. I became more conscious of my health, the effects of exercis, and of the foods and liquids I put into my body—well, for a time, anyway.

Ingrained habits being what they are and it wasn’t long before I lapsed back into some of the old patterns I’d struggled with for years up to that point. Still, the experience shifted my perception in significant ways and fostered a sense of reverence in me for that vast network of miniscule creatures that comprise my body. I came to realize that I was essentially the steward responsible for their welfare, that I needed to respect that responsibility and step up to the plate, no less than if I were a parent taking care of children I’d fathered. It’s become something of a tired cliché hearing people refer to the human body as a temple, yet that’s exactly what I realized. And what a monumental temple it was, when seen from the vantage point of the extremely small.

I was so taken with this discovery that I couldn’t help but blather on for days about it to anyone who would listen. One of those poor souls was a friend named Dave Blair, a fellow student at the same yoga center I’d been studying at back then. When I described to him how amazing this experience had been for me, seeing those millions of cells alive like that and which had come from my own body, he paused then said something that stopped me in my tracks: “Just think, Ray: to all those cells, you are Brahma!”

In Hinduism, Brahma is the name for the creator God who creates and oversees the universe and as offhand and light-hearted as his remark was meant to be, it triggered a paradigm shift in my mind that carried my experience to a whole other level. Because in that moment I realized that, in a way, I really was “God” to all those miniscule creatures swimming around in my body.

And that, in turn, caused me to wonder: What, exactly, is this I?

It was a conceptual time-bomb, sparking a subtle awakening of who I was, as something formless yet radiant and endlessly mysterious.

Dave was right, I truly was like some cosmic being relative to all those cells swarming around inside me—but that I wasn’t localized in a specific part of my body, it was more of a formless identity or ground of awareness which encompassed and transcended it all.

Ever since that day, whenever I feel stalled in my meditations (which is a good deal of the time, frankly) I think back to that comment, for which I’m indebted to my friend—the late Dave Blair who died at an all-too-early age from a brain aneurism. And every time I do, it triggers a similar awakening, if only faintly at times, which reminds me of how remarkable this bodily universe—and its overseeing consciousness—truly is.

And I’ve never looked at a drop of blood from a cut the same way ever again. 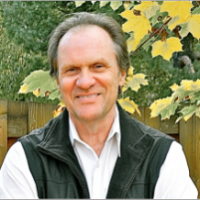