10 Animal Sanctuaries Around the World Worth Supporting. 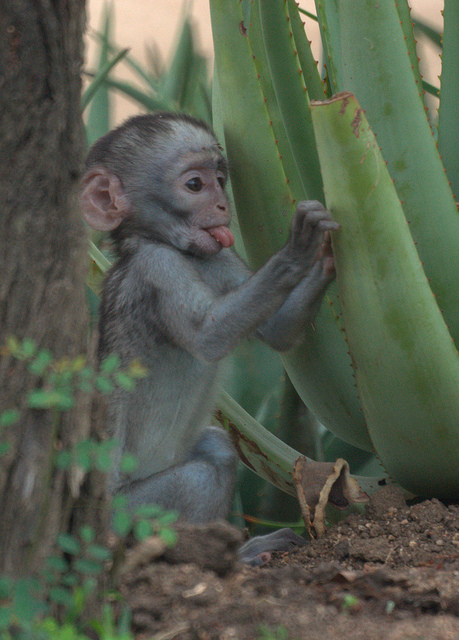 So many sanctuaries around the world are doing some amazing things for animals.

Animals who have spent the majority of their lives in testing labs, performing at theme parks or zoos, in factory farms, or just animals who have been permanently injured are now able to live the remainder of their lives comfortably with a sense of freedom. Sanctuaries need the support from visitors, volunteers and anyone willing to donate. When traveling to a new city, visiting a sanctuary is an extremely rewarding way to spend your time.

Here are 10 great sanctuaries around the world.

Katherine Connor started Boon’s Lott Sanctuary (BLES), in memory of the baby elephant, Boon Lott, which means “survivor” in Thai. With 500 acres of forested land, the rescued and retired elephants are able to roam and interact freely. Boon’s Lott Sanctuary is passionate about rescuing and protecting Thailand’s elephants from abuse and ultimate extinction. Guests can visit the sanctuary, but BLES believes in keeping guest numbers low so you need to book your visit months in advance! If you choose to visit an elephant sanctuary (or any sanctuary for that matter), make sure the sanctuary is doing what it claims. Many “sanctuaries” in Thailand are tourist traps that exploit the animals by making them perform or give people rides, rather than actually caring for and protecting the animals.

The Vervet Monkey Foundation is a non-profit organization that focuses on rehabilitation, education and provides sanctuary to over 500 primates. Located in Tzaneen in the Limpopo Province of South Africa, Vervet Monkey Foundation takes in ex-laboratory, injured, abused, orphaned primates or unwanted pets. There are opportunities for volunteers, gap year students, vet nurses and anyone interested or involved in primate conservation.

Jungle Friends Primate Sanctuary is a non-profit organization that provides permanent care for New World monkeys who have been confiscated by authorities, are ex-pets or are retired from laboratory research. I personally spent a day volunteering at Jungle Friends Primate Sanctuary when I attended University of Florida in Gainesville. While it is sad to see these monkeys suffering from physical and mental illnesses, it is rewarding to spend a day helping out.

Not only is Jungle Friends Primate Sanctuary devoted to ensuring the best quality of life for the monkeys at their facility, but they are also committed to education and advocacy in the interest of all captive non-human primates. They work with government agencies, other credible animal sanctuaries, qualified individuals and other primate/animal protection organizations to find placement for unwanted monkeys and to fight against the exploitation of captive primates.

The Donkey Sanctuary, founded in 1969 by Dr. Elisabeth Svendsen, is devoted to transforming the quality of life for donkeys, mules and people around the world through increased understanding, support and collaboration. Donkeys and mules are often taken advantage of because of their hardworking nature. The Donkey Sanctuary provides a permanent home and veterinary care to the animals in need. Visitors have the opportunity to meet around 500 of the 3,000 donkeys that are in the care of The Donkey Sanctuary in Sidmouth. There are various other donkey assisted therapy centers located in different cities worth visiting as well. The Sidmouth location is open 365 days a year!

Located in the Adelaide Hills in South Australia, Freedom Hill Sanctuary is the first sanctuary for farmed animals in South Australia. Dedicated to providing a caring home for exploited and neglected farm animals, Freedom Hill wants to change how people view farm animals. They educate and promote cruelty-free living. They also spend a lot of time working on Vegan Online, a website devoted to cruelty free shopping for anyone who cares about animals. Donate, volunteer at Freedom Hill or adopt a hen!

The China Bear Sanctuary includes 11 bear houses, 15 natural and semi-natural enclosures with two special-care enclosures, along with a fully-equipped veterinary hospital, a public education classroom, a sheltered quarantine area, staff and worker accommodation, an administrative block, an herb garden for growing natural alternatives to bear bile, a staff canteen kitchen, a bear kitchen, a bear cemetery and a macaque enclosure. The first 63 bears arrived at the China Bear Sanctuary in 2000 when the Chinese government gave the rescue center access to an abandoned wildlife sanctuary. The China Bear Rescue Center not only provides a safe haven for rescued bears, but it is also devoted to educating people about the cruelties of bile farming.

Founded in 1964, Sepilok Orangutan Sanctuary is 43 sq km of protected land at the edge of Kabili Sepilok Forest Reserve. The organization began as a rehabilitation center for orphaned orangutans and houses between 60 to 80 orangutans that roam free in the reserve today. In addition, around 25 young orphaned orangutans are housed in the nurseries. The Sepilok visitor center is open daily to the public.

The Bolivia Wildlife Sanctuary is one of South America’s leading sanctuaries for illegally trafficked wildlife. Located about 100 km from La Paz, the Bolivia Wildlife Sanctuary is now working with the government’s Environmental Ministry. It cares for hundreds of rescued animals, which includes, wild cats, monkeys, exotic birds and endangered spectacled bears. Volunteers are needed and depending on the amount of time and interests of the volunteer, tasks can be tailored to the individual. Volunteering is often very hands on since many of the rescued animals came from the pet trade and will not be capable of being released. Volunteers are asked to stay a minimum of two weeks at La Senda Verde.

The Animal Kingdom Foundation fights against the dog meat trade in the Philippines. The Animal Kingdom has rescued thousands of dogs from slaughter and houses them in their Rescue and Rehabilitation Center. The rescued dogs are readied for adoption. The dogs that do not get adopted are cared for throughout their lives at the center. The Animal Kingdom works to promote an animal-welfare-conscious-society.

The Performing Animal Welfare Society (PAWS) has been working to rescue and provide sanctuary for animals that have been victims of the exotic and performing animal trades since 1984. Rescued animals live in natural habitats and are never bred, sold, traded, rented, or forced to perform. PAWS aims to educate people on the problems of breeding wildlife in captivity and animals used in entertainment. Support PAWS by donating, volunteering or adopting an animal.

While these 10 sanctuaries around the world are amazing, there are so many other sanctuaries doing important work as well. Do some research and find sanctuaries to support near where you live or plan a volunteer trip abroad. Many sanctuaries offer guests day tours as well. Stay away from supporting theme parks or animal entertainment shows, as animals are often mistreated and not properly cared for.

Sanctuaries generally have the animals’ best interest in mind and can always use the support from caring individuals!

This is No Home for an Elephant.