7 Things I Learned from Cecil the Lion. 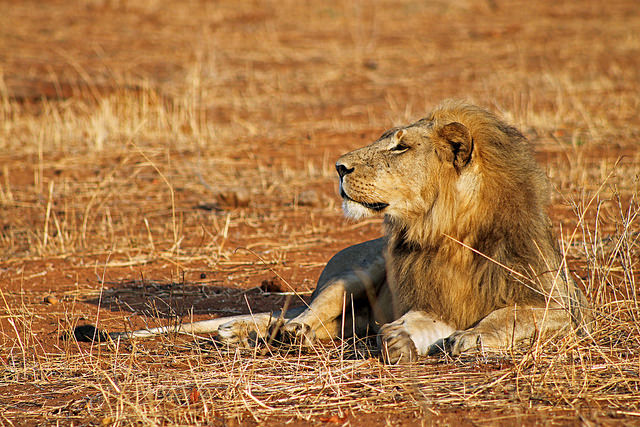 You’ve probably all heard of Cecil, the lion that was recently killed by an American hunter who was in Zimbabwe as part of a trophy hunting trip.

This post is not about the right or wrong, or what position I take or believe in, but rather I wanted to take inspiration from the beautifully majestic “King of the Jungle” who didn’t really do anything wrong, apart from just being a lion!

1. Being yourself is awesome and gets you a following.

Cecil was apparently a hugely popular attraction with tourists, not just because he was a dominant male lion—he was huge and bigger than most—but because he was known as a friendly lion in the park he called home.

He wasn’t trying to be something different, like perhaps an elephant, the way us humans try to be something we’re not. No, Cecil was just the male lion who took care of his pride and didn’t mind the tourists who came to visit him for the past 13 years. He didn’t try change in any way, he was just himself, no matter how much attention he got.

By doing that he garnered an even greater following.

2. We don’t always know our legacy until we leave.

If Cecil the lion could speak, he may have told us that he knew tourists liked taking photos of him and he had heard that people liked him.

He may also have been overwhelmed by the support he got globally after he was gone and the compliments about his legacy in that area of Africa. Heck, even the local people were shocked by the global support. Remember, thousands of animals are killed legally and illegally in Africa each year, so these locals are used to hearing about it…but Cecil’s legacy was different.

Cecil built his legacy quietly and each day he lived. When he died, his Legacy was magnified and was greater than it could’ve been had he been alive. Now that is a legacy worth creating.

3. We never know our time of passing.

Cecil probably had no idea it was his day to die, which is much the same for the rest of the world. Events like this help us to realize that we never know when our time will be up and we should live each day as if it was our last. Worry, fear, doubt, anger, frustration, arguments, grudges, procrastination and other negative emotions will stop us from enjoying this present moment and our life.

Don’t worry about tomorrow, there is no guarantee that it will come.

4. Not everyone will celebrate our life, but if we change just one life that is all that matters.

We all have different view points on life and we saw that with the reaction to Cecil the lion’s death. Some folks just viewed it as a wild animal that would eat you if it had the chance. That is okay—it is not our job to change another’s point of view.

We also won’t have an impact on everyone. We’re not here to please anyone, but to grow personally, and if we do that we are a success, especially if we happen to help others along the way. Remember, we have to help ourselves before helping others and that one life we want to change starts with ourselves.

5. There are so many good people out there.

So often, we are taught that the world is a scary and evil place. While that may sometimes be true, we also see huge amount of good in the world, when we take the time to look. Typically, it is tragic events like these that bring out the love, caring, compassion and support of millions of people.

Let’s change our viewpoint of the world and acknowledge the positivity, love and goodness that is out there.

My question is: what could be the only reason to spend $50,000 to kill a magnificent animal like Cecil, just so that you can take its head and mount it on your wall? The only reason I can think of is ego.

7. Through pain we can do good.

Tragic events like these help raise awareness and shock us back into focus about things that matter in this life and world. When we are shocked out of our own daily internal struggles, we notice that there is so much needing our support.  It is actually pretty easy to get involved in one way or the other. All we have to do is decide that we want to help and do good.

Thanks Cecil, for making a difference in this world, even though you only knew of life within your limited territory.

Cecil vs. Sandra: Do Lions Matter More than Black Lives?