But I’m a Feminist! {How I Realized I’m a Secret Sexist Pig.} 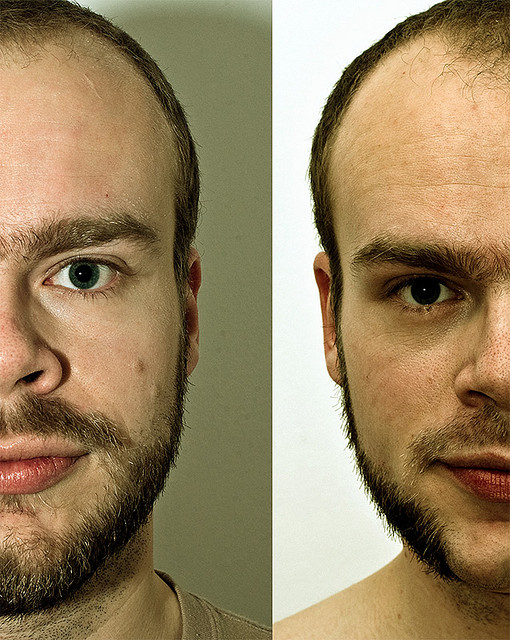 So let’s get one thing straight. I’m a feminist.

Raised in a female-headed household, for my entire life I’ve believed that men and women, though perhaps visually not the same, are nevertheless equal in every way and every circumstance. So I was frankly floored when I first found out that women made less than men for doing the same job. It seemed so indefensible. Still does.

When I married, I fully expected to live the joys and burdens as equals, and my wife and I both worked and took turns as primary caregivers of our three children. I have never once thought that sex or gender are in any way related to skill or interest in doing dishes or changing the oil.

And yet today I have to own up to the unassailable truth that despite all this, I hold sexist views.

I was listening to an NPR story about the hookup app Tinder and the interviewer was talking about social mores with a commentator in my-generation (50s) and a woman in her early 20s who met the man she married on Tinder.

The older commentator, after giving the people-have-always-hooked-up disclaimer, maintained that such sites propagate an addiction to uncommitted sex that makes it harder for people to enter into long-term relationships and invite predatory behavior toward the emotionally vulnerable, more often than not women who, she said, are more likely than men to form emotional bonds when they have sex, and therefore are more likely to get hurt.

The woman who met her husband on Tinder said that 1) she wasn’t looking for a long-term partner when she decided to try the app, 2) that Tinder is an entertaining way to meet guys and 3) it in no way prevented her from meeting someone whom she fell in love with and married.

At this point, I noticed my own contradictory beliefs about all of this.

On the one hand, I believe that a woman’s choices are her own, and any way she chooses to connect with partners is not only completely fine, but in fact unremarkable. At the same time, I think that hookup sites help predatory men exploit emotionally vulnerable women who should be protected.

As I thought this through, I was forced to admit that I feel hostility toward hookup sex as a form of exploitation of women, my views on their agency in their sex lives notwithstanding. So what gives? Women can’t simultaneously be powerful actors pursuing their own self-interest and exploited victims.

Upon further reflection, it seems that even though I have progressive beliefs about women’s rights, my views about relations between the sexes are informed by sexist stereotypes.

The dating world I observed in high school seemed to be about mutually hostile sexes trying to gain advantage at each other’s expense, and I wanted no part of it. One reason I didn’t date back then was that I knew that after graduation I’d be off like a rocket from the suffocating small town I grew up in. I felt it would be unethical to hold myself out as available for a relationship when I was so out of there already. It honestly never entered my thoughts that any of the girls I knew might have something other than a steady relationship leading to marriage in mind.

In college, the fraternity scene, which I looked at but decided not to participate in, introduced me to rape culture. I actually saw a weekly publication disseminated among fraternity members that offered tactical date rape advice for rapists. I was shocked, but also noted that it was nothing more an oral history that was at least already tacitly accepted, and often actively encouraged, in the culture of that place.

And I came to identify “hookup” as a code word for the sexual exploitation of women, a view I have apparently maintained to this day. To me, the word connotes, at best, using each other and at worst, being used. And yes, I don’t look at it as men being used by women. Somewhere in the shadowy depths of my mind, I object to men using women for sex.

But this is clearly a sexist view—a male perspective—though a dissident one for sure, one that doesn’t value, or even acknowledge, women as anything other than passive recipients of male behavior.

But this isn’t consistent with my beliefs. Women have agency. They are deciders. And if some decisions don’t end well, I also believe they can, without absolving anyone of their sociopathic behavior, handle that without me feeling like they shouldn’t be put in positions that they themselves freely choose. It isn’t my place to take responsibility for their decisions in order to “protect” them.

It seems to me that, at the very least, genuinely feminist beliefs ought to include the idea that a woman’s decisions are her own, and that she is fundamentally responsible for, and capable of, dealing with what comes of them. I believe that.

So maybe I’m not a pig. But I am truly shocked to find that I’ve been holding on to sexist beliefs I never knew I had. 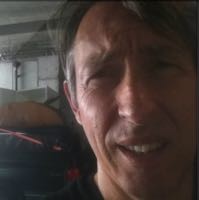