Gaslighting: The Mind Game Everyone should Know About. 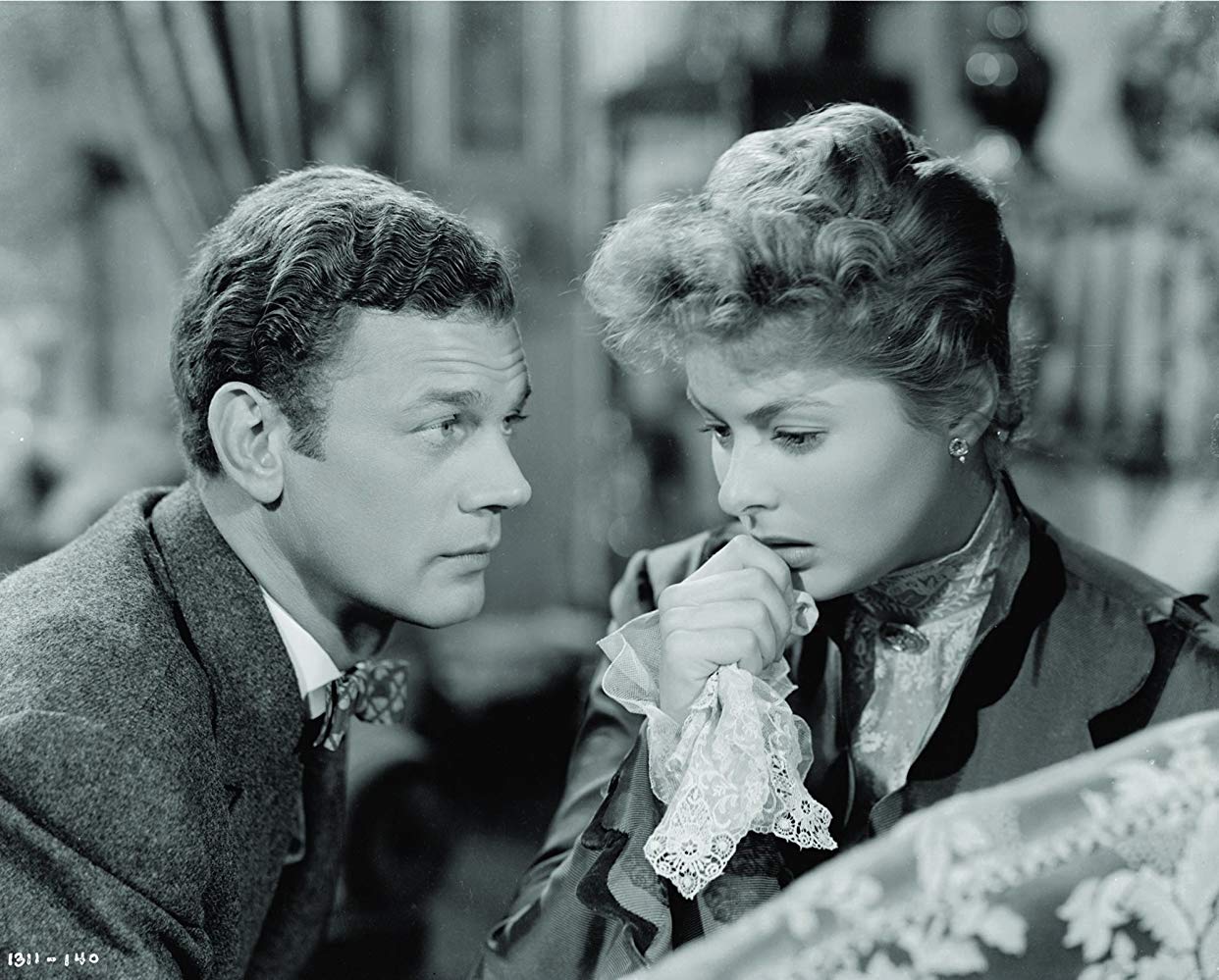 Unfortunately, there is a good chance that we have all been gaslighted by someone at some point in our lives, even if it was just on a small scale by someone we barely know.

Sadly, many fall victim to it within their intimate relationships, or even in dealings with “friends” or family members.

One of the main reasons we may not recognise it is that many of us will fail to believe those we trust and love are capable of manipulating us (it is this denial that keeps the dynamic going.) Also, the gaslighter will most likely be highly skilled at covering their tracks, keeping things subtle and being a skilled master or mistress of deception.

Gaslighting is one of the most extreme, dangerous and effective forms of emotional and psychological abuse and is mostly carried out intentionally. Gaslighting is a game of mind control and intimidation that is often used by narcissists and sociopaths as a way of controlling, confusing and debilitating someone.

The term gaslighting was coined in the 1938 play Gas Light and the film adaptions that were then created helped to enhance its popularity.

The whole intention of gaslighting is to decrease someone’s self-esteem and self-confidence so they are unable to function in an independent manner. The person being gaslighted will eventually become so insecure that they will fail to trust their own judgment, their intuition and find themselves unable to make decisions.

Eventually the victim will become so unsure of what reality looks like that they become completely dependent on their abuser. The abuser will appear to the victim to be the only one to have a clear grip of their mind and also of what is going on around them.

The abuser will systematically and frequently withhold information and then deliberately alter facts to disorientate their victim.

They may also remove things from certain places and then deny doing so to destabilize and confuse the other person.

The abuser will refrain from mentioning specific details and then convince the other person that they had told them, so the victim thinks they are losing their memory or their mind.

The abuser will say something then ask their victim to repeat what it is they have said. When the victim repeats clearly word for word, the abuser will lie to say they haven’t said a particular word, or that they have spoken it in a different tone of voice to that of which the abuser heard. For example, the abuser may say something angrily or aggressively, but when the victim gets upset, they will completely deny having used this tone, quickly changing their voice to a gentler and calmer tone. The abuser may then accuse their victim of deliberately trying to hear everything they say in a negative way—even though the abuser knows they deliberately wanted to appear as aggressive and negative.

Often, the abuser will want to create levels of distrust within the relationship to make the victim feel they either are cheating, or would cheat at the first opportunity. They may say things to make their victim feel insecure and jealous, for example, deliberately mentioning a certain person in a way that makes it sound as though there is more going on behind the scenes. When the victim questions this, the abuser will accuse the victim of having trust issues and this will falsely further confirm in the victim’s mind that they have serious insecurities and also, that they are extremely paranoid.

The abuser will make up very convincing lies to deliberately upset the other person and then call them names, mock them and put them down for getting upset and for overreacting. The abuser will also make light of anything that the victim feels is important to make the victim’s opinions, life-choices and thoughts seem juvenile or that they are inferior to their own. It is likely that the abuser will laugh at or sneer at their victim, but when questioned, convince their victim that they were imagining it.

Some warning signs that gaslighting is taking place:

Apologizing. A victim of gaslighting will constantly be apologizing for doing things wrong, even if they have done nothing wrong. Feeling sorry for everything means that the accountability and responsibility for all perceived wrong-doings has been claimed by one person—the victim. This ensures the perpetrator remains innocent and the victim is continuously guilty.

Can’t Make decisions. The victim will find decision making increasingly difficult, as they will feel that whatever they choose will be the wrong choice. Everything they do or say is wrong, so they feel that they are no longer capable of making rational decisions about anything, so they will leave it up to their abuser. This just gives the abuser even more power and control and prolongs the toxic dance that is taking place between the two.

Change. Change is not always easy to notice, since most change happens bit by bit, so the process can feel very natural in some ways. However, if the victim thinks back to who they were before the relationship and who they are now, they will probably see significant differences.

Confusion. Victims of gaslighting will often be in a constant state of bewilderment and confusion. They find it very difficult to trust their own mind, and constantly doubt their thought process. Their instinct fails to kick in because whenever it does, it is very quickly told that it is wrong, so it becomes a silent tool that ensures the gaslighter remains on top of their game. The victim will know that there is something seriously wrong, but they will find it extremely difficult to work out what. The person being gaslighted will always be wondering if they are overly sensitive as they always feel triggered to react to the gaslighter’s behaviour.

Withdrawn. The one being gaslighted will become withdrawn and often reclusive as they feel so low and beaten down that they have little confidence to socialise with anyone. The victim will feel safer spending time alone than with other people, as when those around them question what is wrong, or what is happening within their relationship, the victim just will not have the answers to justify what is going on.

Due to either depression or severe anxiety, the victim will find it extremely difficult to function normally within society or even with close friends or family. The abuser at this stage has won the battle for control, as without anyone to confide in the victim will find it very difficult to work out that it is the abuser that is causing the damage. The abuser will not want anyone to figure out their game, so, they will work hard to make sure their victim becomes alienated from anyone who could offer support.

Overall, the main reason for gaslighting is to create a dynamic where the abuser has complete control over their victim so that they are so weak that they are very easy to manipulate.

The gaslighter wants to appear superior to the one being gaslighted. By making their victim feel completely helpless with very low self-esteem, the abuser has complete domination over them, so they are very successful in manipulating their victim to get whatever it is they want. This can range from simply having their ego stroked by feeling like they are significantly better than the person they are with, and at the extreme end to being able to gain financial, sexual or material benefits as their victim feels too emotionally and mentally weak to fight back.

There are many reasons that someone would gaslight someone else, but it is always done for personal gain. The abuser has very little interest in their victim, other than using them for their own twisted benefit. When the victim becomes so low down that they are no longer of any great use to the gaslighter the relationship will die out. The abuser will distance themselves by ignoring their victim and using silent treatment as an intense form of emotional torture.

The victim will have no idea what to do to please or satisfy their abuser, and will often try anything to win over their abuser to regain the affection that was shown in the beginning stages. By now though, it is far too late. Any little amount of respect that the abuser had for their victim will have been completely depleted and it is very unlikely that the dynamic will change again.

The abuser will often walk away from their victim leaving them with a deep sense of frustration, shame, guilt, anger and often riddled with anxiety and depression. The victim is usually left in a vortex that they will struggle to climb out of, however, this will be compounded by a deep sense of relief that this vicious dance is over.

The abuser will walk away with a great feeling of satisfaction having won each and every battle and will move onto their next innocent victim with even more skill and experience, so they can begin this horrendous war once again.

The victim will very likely need counseling and a huge amount of support to build themselves back to a stage where they have confidence and can trust their own mind and intuition. It is imperative that the victim realizes that they have been a pawn in a very nasty game so they can let go of all the blame they have placed upon themselves and become familiar with the warning signs so that they do not fall victim again.

Anyone who has come through this type of experience will feel debilitated at first, however, they will only be temporarily weakened. They will bounce back stronger than before, having learned painful but valuable lessons along the way. The most important lesson—having complete faith in their intuition. As difficult as it is to accept, there are always red flags and warning signs in the initial stages.

When these signals show up, this is when we must trust completely in our instincts and never fail to listen to what our gut feelings are telling us. Our fight or flight reactions are there for a reason—to prevent us from entering into dangerous situations. When we feel an urgency to take flight—fly.

Fly far and don’t look back.