Healing From the Inside Out: Exhaling Darkness. 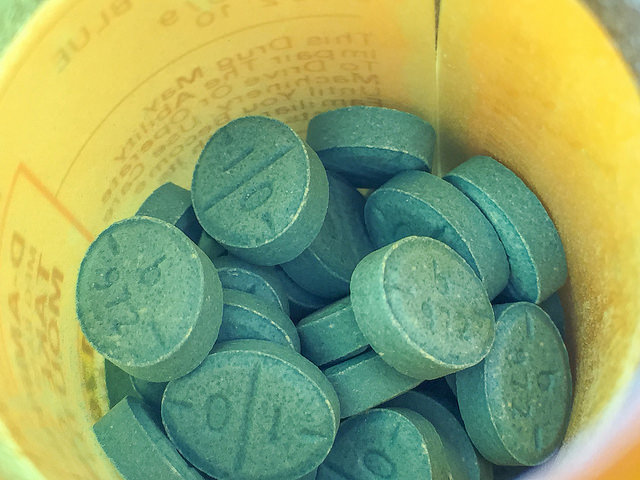 There isn’t a better moment than your strongest to let go of your weakest.

In just six months of committing myself to a daily yoga practice, my strength has flourished. I am able to do more advanced postures like handstands and arm balances. And in these challenging postures, I exhale my weakest moments.

I exhale the months I was taking Adderall.

I was diagnosed with ADHD in November of 2014 for inability to focus, impulsiveness, depression and mood swings. I was prescribed 10mg for two weeks, then referred to a nurse practitioner behavioral specialist who put me on 40mg of immediate release.

Adderall is a central nervous stimulant that alters the quantities of naturally occurring chemicals in the brain. It enhances the effects of neurotransmitters such as dopamine and norepinephrine.

At this time in my life, I was running trail marathons. Adderall made me feel like I just discovered my own two legs as well as what pine trees smelled like. I could feel music vibrate through my toes to the crown of my head. And sex…holy sh*t. I might as well have been sleeping with Jimi Hendrix because it was completely and entirely unreal.

But it didn’t take long for all of that to wear off. Something that plays on your emotions is only a recipe for disaster.

I believe it was in January that things took a deep, deep plunge for the worst. I would rearrange my knick-knacks for hours upon hours. Sometimes these hours would turn into full days. I would clean obsessively. I purchased sh*t that I didn’t even have money for. I purchased clothes that weren’t even my real taste. Everything became a complete psychosis. I would stay up for three days at a time and never ate, which was the number one reason I loved Adderall. I had zero appetite. Since I grew up with Crohn’s Disease and malnourished whenever I was healthy enough to eat, it immediately made me feel fat because I never knew a healthy body weight.

From the over stimulation, I would run about 70-90 miles a week in Indiana’s frigid winter, which began to make my skin peel. And that’s when I became consumed with the obsession of my skin.

I started with picking at my face with my filthy cigarette hands, which quickly escalated to me digging into my skin with tweezers causing deep scars on my face. I would scrub my face until it would bleed. I would use full bottles of scrubs and moisturizers in one night. Then I would pour an entire bottle of foundation on my face and sleep in it. I caused my own acne and my own scars.

I was so far gone, I didn’t even know who I was anymore, which was something I rejoiced in half of the time.

I know now that I started digging into my own skin because I wanted my outside to reflect how ugly I felt on the inside. I had been so over stimulated for so long, my body didn’t have any dopamine or norepinephrine left to release causing severe depression and suicidal thoughts.

I quit taking Adderall the same day I enrolled in Passion Yoga School. And since then my life has been drastically different. I have built an incredible amount of inner strength from a daily practice. Yoga begins to change us by building physical strength to mentally be able to see ourselves at our fullest potential. You show up every day on your mat and you start to overcome your fears.

I knew all along what Adderall was doing to my body and mind, but the hardest part was letting go. Yoga empowered me to face myself, to dive in deep to shed layers of my past, depression and self-destructiveness, bringing nothing but light into my life.

“Yoga teaches us to cure what need not be endured and endure what cannot be cured.” ~ B.K.S. Iyengar

Yoga has given me an intense feeling of gratitude for my past. If I wouldn’t have grown up so sick or lived in a psychosis, I wouldn’t be where I am today. I wouldn’t have found my purpose and passion in life.

The darkness always teaches us the most. I used to have flawless skin, but Adderall and myself ruined that. I never knew what it felt like to have acne and scars, and to feel like everyone is constantly judging me pimple by pimple. It consumes me so much that you don’t even want to leave my house.

We are so much more than our bodies, diseases and skin.

Since November my complexion has drastically healed with the help of my esthetician and micro dermal peels. Dermatologists only want to prescribe us a pill that doesn’t even fix the problem.

Adderall and yoga taught me the importance of knowing every little detail about what I’m putting into my body. Why would we ever want to consume a pill that you have no idea what will do to us? We have to be mindful of everything we ingest in our lives.

Most importantly, yoga has taught me to be vulnerable. We can’t fully heal from our wounds if we don’t expose them. Those weights only become heavier. We can’t embrace confidence if we’re holding on to habits or people that don’t serve us. And my past doesn’t serve me.

Tomorrow morning I begin my training here in Costa Rica to become an instructor, and I’m going to leave the past where it belongs.

Healing from the Inside Out: A Practice in Self-Love. 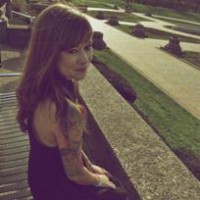