How to Hold Together a Difficult Relationship & Stop a Break-Up. 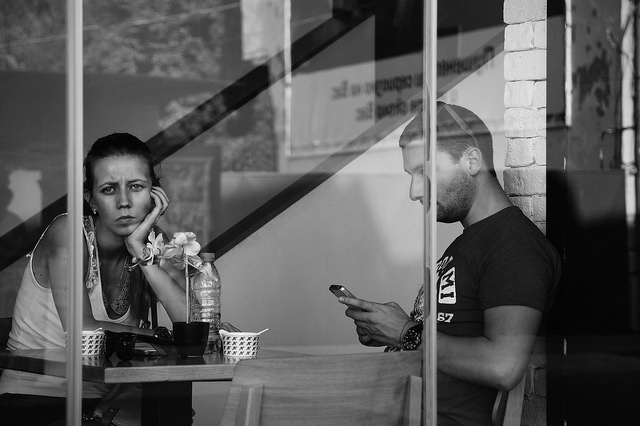 I would like to introduce you to the concept of a break-up story.

Knowing what a break-up story is and how it works can support you in having happier and healthier relationships.

All three kinds of break-up stories have several things in common. They create a scenario in which whoever is telling the story is a victim. The stories are told repeatedly, gaining credibility through repetition. They may or may not be true, but they lead to a break-up if repeated often enough.

Let’s get into a little more detail on the types of break-up stories.

Type One: Stories where someone is the villain.

There are so many variations of this theme but all of them contain overt or covert blame. They are focused on the bad things or wrong things you think your sweetie did. These don’t have to be true. All you have to do is tell them often enough that you believe them.

He never wanted me to succeed.
He never loved me anyway.
She didn’t like sex.
She was too busy.

There are thousands of ways to blame somebody else. But people seldom tell many different stories. They often repeat the same story or two over and over. Why create a new story when the old one is good enough? Why indeed!

You give your power away when you tell stories that focus blame or anger on someone other than yourself. Such stories make you a victim and someone else the victimizer. After all, you couldn’t stand up for yourself!

Type Two: Stories in which something happened that shouldn’t.

In these stories “what is” is to blame, and you are resisting what happened.

This sort of story attributes what happened to circumstances. What happened inevitably lead to you break-up or the trauma that you face now. It wasn’t anybody’s fault: sh*t happens. Type Two stories also make you the accidental victim of what took place. They are often told with hands turned up in a helpless gesture.

If you catch yourself telling Type Two stories, focus on your role in things. Expand your perception of the universe to include its perfection and drop the whole justification bullshit. Being a victim is no fun, but it is rewarding in that it has you never responsible for anything. And not being responsible means that you don’t ever have to grow up.

Type Three: Stories in which you would be better out of relationship.

You are heading for a quick end of relationship when you mesh all three types of stories.

That son of a bitch cheated on me when his car broke down and then he wouldn’t let me have an affair myself.
He almost hit me, and I hadn’t done anything wrong. I really don’t know what I was thinking when I married him.
Her Mother in Law never liked me. I kept wanting to explain things to her but never got the chance. I long for the good old days when I didn’t have to try and please her, Mother and Law.

If you want to be much happier and healthier in relationship, it is time to tell fewer break-up stories.

Discovering that you are telling a break-up story can provide the perspective you need to control your own relating destiny instead of being railroaded, by powers outside your control, to a break-up.

Bringing attention to break-up stories brings them into the light. And once there, you can edit your story. You can alter your story adding a bit of balance and fairness. One way to tell it’s a break-up story is because it makes you feel both safe and powerless. It doesn’t have you feeling more whole and happy.

Break-up stories are auditory events. They depend on sequence, a certain speed and order to hold together. They require you to speak either out loud or to yourself. If, instead of rattling off the story one more time, you reach into your scrapbook of visual memories from your relationship or into your feelings, you will interrupt the stories. Thus you will distract yourself from the story, possibly averting a break-up.

The antidote for break-up stories are loving stories: about the great times you have shared, the funny times, when you couldn’t stop laughing and especially the times when you felt deeply connected and completed as a couple. Tell one of those stories for each time you tell a break-up story.

My wife started telling break-up stories. “Julie ruined our relationship.” was the story that she settled on. (Type One) You don’t need to know anything about Julie to evaluate the story. All you need to know is that my wife told that story over and over and over again. While she was telling it, she looked unhappy, helpless and downtrodden.

The story allowed her to avoid taking responsibility for our relating problems. Her story made it that the problem had nothing to do with her. Finally, after two difficult years I said, “Please don’t tell that story again.” Within one minute she told the story again. She didn’t mean to, any more than a broken record wishes to skip. But she was stuck on the story. Neither of us knew about break-up stories. And now she is my ex-wife.

If you want the best relationship possible, tell fewer break-up stories and more loving stories. Just the process of discerning which is which will make you more aware and attentive—and you can focus that increased awareness on your partner, discovering new connections in this moment rather than telling more stories about the past.

Great relationship happen now, in the present moment. Step out of your stories and into the love each moment.

“Went through the hardest break up of my life and this is what I created. I hope you enjoy. Your life is your story make it a good one.”