How to Save the Elephant With Our Wallets. 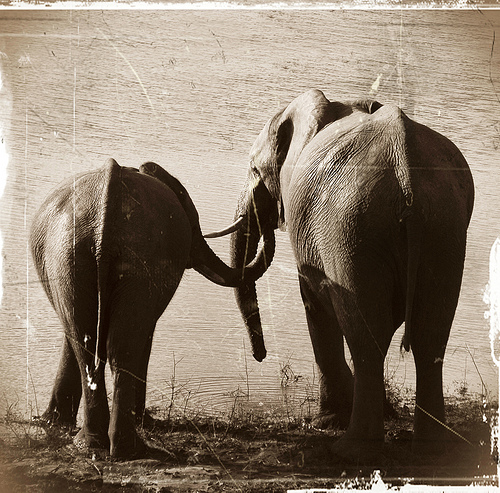 Consumers can save the elephant with their wallets: don’t buy ivory.

The highly lucrative illegal wildlife trade is complicated. Africa is a long plane ride away and may not seem to be impacting North Americans, but solving the elephant poaching problem is essential to abating climate change.

“While rising demand drives up ivory prices, the strengthened Chinese currency makes it much cheaper to buy ivory overseas and sell it in China. Motivated by high profit margins and low risk of detection, many ivory traders see a golden opportunity to make a killing in the black market. Escalating ivory prices and the rising demand in China, combined with an uncontrollable legal ivory market which provides cover for illegal trade, makes a lethal combination that is decimating wild elephant populations.”

The United States is the world’s second largest end-user of ivory. According to The US State Department, the U.S. and China are the two largest markets for illegal wildlife trade, which each year contributes $10 billion USD to criminal groups.

Since conservationists, scientists and politicians have exhausted themselves trying to stop wildlife crime, consumers may be the elephant’s only hope for survival, simply stop buying China. After filming dozens of conservationists, while I now can recite the biggest conservation hurdles, unlike these seasoned pragmatic scientists, I am impatient.

In the past 40 years we have lost 50 percent of the world’s species.

Why do African elephants matter? It’s not merely sad elephants are being executed to extinction—if humans allow this to continue, we lose the most precious rainforest “mega-gardener.” Along with losing this pachyderm many species also perish (including many human primates). Dr. Ian Redmond eloquently explains how elephants spread seeds to 90 species of rainforest trees keeping rainforests healthy.

Staunch elephant hero, Richard Ruggiero, (Chief, Division of International Conservation, and United States Fish & Wildlife Service), says “As goes the elephant, so goes the forest.” If we lose “the lungs of the planet,” we will really feel the heat.

After spending two immersive years researching this elephant ecocide, the poaching figures have not decreased; elephant deaths still outpace their births and on average one elephant is poached every 15 minutes (often being dismembered alive for their tusks). Elephants face extinction.

Can anybody save the elephant? Yes, it’s simple to save our precious pachyderm: Never buy Chinese goods such as ivory.

Journalist Bryan Christy claims “China has been implicated in more large-scale ivory seizures than any other non-African country.” If millions of US consumers refuse to buy Chinese goods we will get their attention. The Chinese care about trade. In fact, the U.S. trade deficit with China has now “surged to $51.4 billion.”

IFAW’s 2011 Chinese ivory carving factory survey showed deceitful sellers and carvers perpetuate the dire elephant extinction. The 172 licensed Chinese sellers launder illegal ivory by forging government-issued ivory identification cards. But the team found nearly twice as many unlicensed ivory dealers in the same and nearby shopping areas. Of the 158 ivory carving and retail outlets visited, 57 were licensed and 101 were unlicensed and operating illegally.”

China please save the elephants, and stop worrying about saving face. Imagine an elephant herd leader, lying (or kneeling, but not yet dead), taken down by a single, (costly, so quite precious), AK-47 bullet. Helpless the elephant must endure a heartless poacher using a chain saw or a machete to hack off her teeth. Also, human wildlife conflict is rampant and most elephants are not welcome by the burgeoning (wildlife encroaching) human pastoral and agricultural-minded masses.

Elephant murders happen all the time, every day, one hundred times a day. The traumatic ecocides occur in full view of the elephant family, to lone bulls and to mothers whose milk-dependent calves helplessly stand witness.

According to Dr. Cynthia Moss “The death of calves are distressing to the mothers, but the death of an adult female disrupts the entire herd.”

Though elephant herds are resilient and orphaned calves (who are not milk-dependent) do find new herds, many orphans remain traumatized for decades. Many survivors of poaching incidents become fearful of and aggressive to humans. In Mozambique Dr. Gay Bradshaw studied the Gorongosa elephants who “are survivors of humanity’s Anschluss against nature, [where elephant herds suffered] a mortality of 95 percent. Similar to Kenyan and South African elephants diagnosed with PTSD, these individuals live day by day in the grip of psychological trauma, in terror of the apex predator, Homo sapiens.” Across Africa elephants have been destroying villages and crops and attacking and killing human beings.

Frustrated conservationists and elected officials for years have gathered to consider conservation strategies to stop the poaching, yet elephant deaths continue to outpace their births. Though China has said they will “soon” stop selling ivory, the number of Chinese ivory carving factories doubled. U.S. Secretary of the Interior Sally Jewell recently met with Chinese Vice Premier Wang Yang “to work together to end the “massacre” of wildlife and reduce the flow of illegal wildlife trafficking.” Secretary Jewell said: “We talked about the fact that legal ivory trade becomes a loophole that illegal trade moves in.”

They understand that. No agreements were signed and China has not yet committed to a timeline to totally end ivory imports, regardless of a plan to “move in that direction.”

Saying something is nothing like being committed to something.

I would be lying if I told you I never lose hope. But I don’t ever stop seeking, creating and implementing solutions. I need you though…elephants need everybody. If Jane Goodall, (who has been fighting for chimpanzees and the forest since 1962), can remain upbeat about our future, we can, too. Dr. Goodall says:

“It is easy to be overwhelmed by feelings of hopelessness as we look around the world. We are losing species at a terrible rate, the balance of nature is disturbed, and we are destroying our beautiful planet.”

Jane remains hopeful and asserts that we all can solve the toughest issue facing human survival as evidenced by our indomitable spirit and brain size.

During this fierce elephant fight I have met mostly women, but more men are welcome, (and definitely needed). Though this current elephant ecocide is being orchestrated by organized crime syndicates who outgun and outrun the under-funded and dedicated but inadequately supported, supplied and paid park rangers, we can stop organized crime by ending demand.

Together we can use our strength to halt commercial-scale wildlife slaughter by buying no goods manufactured in China.

Nuwer, Rachel, “Wildlife around the World Has Declined by About 50 Percent since 1970.” 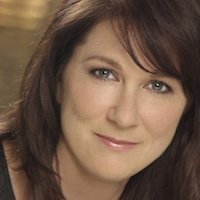