How to Surf a Shame Spiral. 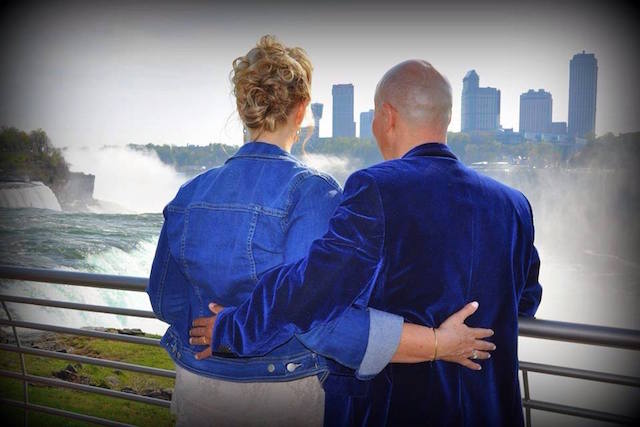 My husband and I fell into our own respective numbers games the other day.

When I say “game,” what I really mean to say is “cesspool.”

At least ours were right next to each other—double wide cesspools. We weren’t alone in our attempts to drown.

Mine involved taking a step I’d not taken in months. I don’t know what possessed me to attempt this unplanned risk, other than a small moment of cockiness that morning combined with a wave of curiosity.

I stepped on the scale.

It was not pretty, I’ll just leave it at that.

My husband also opened a world he’d been avoiding for less time but still avoiding nonetheless. He opened his online bank account.

Being the intuitive that he is, he knew immediately something was wrong with me.

My husband talks to himself during times of stress so his vortex was more visible, more unavoidable.

I knew something was wrong with him too.

We got in the car and started talking.

You know how a car forces issues? It’s like we’re trapped with ourselves—with each other—with no escape. Even the wide open country vistas didn’t allow us enough space to run from the whirling dark water rising inside the car.

One of the great things about having a partner who loves us is they often don’t understand our self-imposed flaws, so when those waters rise they look more like something fun to swim in, as opposed to a riptide dragging us under.

This was the case with us yesterday as we wound our way through tunnels of cornfields to the bank.

As I listened to my beautiful, successful, responsible husband share his fears about what sounded to me like a very small glitch in his financial picture, I realized this was an old toxic belief system surfacing. It wasn’t at all connected to anything currently happening, yet to him it felt alive, real and permanent.

I asked him some simple questions, trying to ground him in reality.

Had he considered that his savings might be looking down due to do the full unpaid month he took off work to take care of me after I was hit in that terrible pedestrian car accident just shy of two months ago?

He had forgotten such things. He was consumed with the past.

It’s a tricky tightrope to walk, watching someone feel their feelings about something as it comes up for re-examination. It’s difficult to give them a reality check without discounting what they are feeling.

That big open sky and those winding roads were the right recipe for us both that day.

My husband realized that he was not alone, struggling to process everything himself.

We live what some might call a life of luxury—of time, of homes, of travel. Nothing about what was happening in the now matched what was happening on his inside. It was that powerful force of feeling that pushed up a lava flow of old toxic beliefs for recalibration.

Still, it is so much easier for me to talk about and resolve my husband’s side of the double-wide than my own.

Back to my own step into descension: those scales.

I’ve still not told my very fit, very handsome husband what that number was, and I won’t. Ever.

As we whipped our way through one gorgeous rolling hill vista past another, he used the same tactics back on me that I’d just used on him.

“What does that number represent to you?” he asked.

Through my own flood of emotion, I realized exactly what that number meant to me.

That I’d never find love again, never be attractive to a man again, never have sex again. That I was so damaged and so unappealing that no man could possibly ever love me.

I said these things to the man sitting next to me in his black leather Acura seat, the man who was driving the very same car we traveled in to marry just three months ago.

The same man who met me at my then heaviest weight and was so in love with me—so couldn’t live without me—that he asked for my hand in marriage just weeks later.

I was married before when I was at the top of my game body-wise (I was smokin’ hot back then), to a man who was not attracted to me. We had no sex life at all, which is why I left him.

I know what it feels like to be with a man who is pretending and a man who can’t keep his hands off you. I have the latter in this one.

We have an abundant sex life, and that little shame spiral triggered by the scale had absolutely nothing to do with reality. But it sure felt real to me at that moment—almost debilitatingly real. And yet it was laughable when it came up for air.

And laugh we did while pulling through that tiny town into their tiny bank to make a transfer from one account to another.

My husband realized there is abundance happening right now; that there is no emergency, just as he reminded me we’d had wild monkey sex that very morning.

I saw in his eyes that I was dead wrong as he pointed out how my past trauma along with the inevitable inactivity that followed had affected my judgement and how I’d somehow taken complete responsibility for something that wasn’t only mine.

These big feelings were cesspools of the past that went right down their own drains with our laughter—at ourselves; together. We felt the temporary nature of these fears wash over our erroneous assumptions of their permanence.

That’s the thing about shame spirals, I realized.

No one wants to get sucked down into one, but in reality they are more like roto-rooters. They are cleaning things out.

They are pulling us down down down into what’s lurked there all along: unclean, unaddressed, unspoken.

The feeling brings us to the awareness that there is a toxic belief system that can be re-examined. Shame spirals are our system’s way of flushing—of self cleaning.

But we can’t just talk our way out of it; we have to feel it.

In the feeling is our key to the escape hatch. It’s the emotion that takes us to that place of reality and unreality.

Those dirty feelings my husband and I felt from our own pasts were there lurking between us whether or not we knew it, felt it, or talked about it. The constellation of events that morning allowed us to surf those dark feelings straight to the calm center of the vortex.

They carried us to peace together.

Instead of gasping for air, we breathed deeply, exhaling guffaws of laughter and tears as we realized all was right in our world.

He made his easy money transfer while I came home and prepared a healthy gourmet lunch for us.

We opened our bodies a little wider and our minds a little deeper to know everything we ever wanted—ever needed—is all around us right now.

And we are free to have it.