Myth Debunked: 3 Personal Stories that Prove that Central America is Safe for Travel. 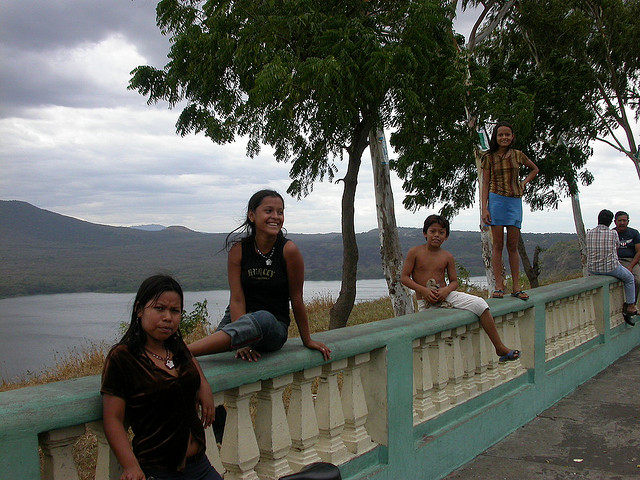 Whenever I embark on one of my adventures in Central America, friends and family worry about me.

They are afraid I may get sick, or that I may get myself into trouble.

The common warning is “stay safe, be careful, don’t trust anybody.”

I may have been lucky—or perhaps oblivious to danger. But I have never really needed to pay too much attention to the various warning signs and I have realized that worries are often unnecessary.

Sure, I have been sick on the road (in the same way I got sick in the very civilized New York). I have gotten lost. I have needed help. And I have had to rough up against scams. But, traveling alone, I have often had to rely on strangers for help. And—perhaps unsurprisingly—the response I got to my quests has been kinder than expected.

In my opinion, Central America is beautiful, and has everything a traveler can wish for: beautiful colonial cities; sandy wild beaches and Caribbean hideouts; lakes and volcanoes that are a constant source of adventure; incredible wildlife that can be spotted just about anywhere; tasty food (nowhere else in the world can I get those amazing fruit shakes) and even the beautifully decorated old chicken buses. This already is a great mixture that makes it worth visiting.

Lots of people, however, refrain from exploring it because they feel it may not be safe. I am no fool, and I know that certain areas are better avoided. But the overall feeling I—and the majority of other travelers—get out of Central America is that it’s a place that is extremely fun to explore, where safety is hardly an issue for tourists and where the locals are truly genuine and welcoming.

In spite of the poverty of their daily life (things such as washing machines are luxuries in most of Central America); in spite of the every day struggle to make some money to support the family, I have met people who are caring, generous and kind—and that kindness, generosity and care is not just for family and friends, but it is equally applied to any human being.

Three episodes in particular remind me of how nice people can be. Funnily enough, they all happened during the Christmas holiday season.

A few days after arriving in the beautiful León, in Nicaragua, I decided to visit the ruins of León Vieja. It took me several bus rides to get there. After a pleasant visit of the site, I walked back to the village so that I could hop on the first of the many buses that would take me back to town. I soon realized that the bus I could overhear honking its way through the village had gone, and that I would be stuck till God knows when for the next one.

I patiently waited until a car drove by—the driver was the same person who had told me where the bus would stop. As he saw me waiting, he stopped and said that he was actually going in the same direction and would not mind taking me back to León. He did not expect a penny in return for the favor.

My second sweet encounter with the locals happened on Isla de Ometepe, again in Nicaragua. It was Christmas day, I had arrived the night before, and unaware of the weather broadcast for that day I decided to visit the village, which was a good 45 minute walk from the lovely, yet isolated, hostel where I opted to stay.

Unfortunately, it started pouring and since I didn’t have an umbrella nor did I fancy the idea of getting soaked walking back to the hostel, I decided that the best thing to do would be to seek shelter from the rain. That’s how I randomly walked in a private home (fair enough, I had not realized it was a private home), opened the gate, gave my best smile to the people gathered in the veranda and said my most honest, “feliz Navidad!” It took me two seconds to understand that I had just broken into a private party and that I was likely going to be kicked out. However, despite the initial surprise, I was just offered a chair to join in the celebrations—that’s how I got really local on Christmas day in Nicaragua.

The third of my (many) lovely encounters with the locals happened on New Year’s day in a remote village in Costa Rica. I had just decided to leave the farm where I was supposed to volunteer and due to the irreconcilable differences between the (non-Costarican) owner and myself (namely, she was starving me and enslaving me) and I did not give much thought to the fact that buses may not run as frequently on that day—I wanted out of that awkward situation and, most of all, I wanted to eat proper food.

I hitched my way to the village (it took me literally a second to manage to get a ride) and then went to the bus stop. But the bus was not scheduled to come for the next two hours. I waited. And when it was just about time for the bus to arrive, I realized I had to pee desperately and there was no way I would be able to sit on the bus for the three hour ride back to San José.

I started looking for a bar, a restaurant, anything that would have a toilet I could use—but unsurprisingly all businesses were closed. I then asked the owner of the kiosk right in front of the bus stop if he could point me to a toilet. A woman who was also waiting for the bus heard the conversation. She approached me and said that if I wanted, I could use her bathroom: she lived right across the street. So, she walked me to her place, opened the door for me, introduced me to her mother who was sitting on the couch and showed me to the bathroom. Just like that.

I am not saying that if one ever travels to Central America, he should feel free to roam around without taking any precautions for his safety and belongings—because really, scams and crime are around every corner in any country of the world. But perhaps, having a bit more faith in human nature and even relaxing like I did may help in having a better, fuller and more local experience. If a traveling disaster like me managed to do so, anybody really can. 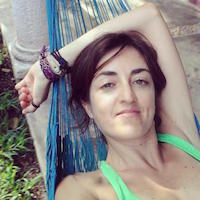