The Dharma of Liberating Intelligence through Meditation. 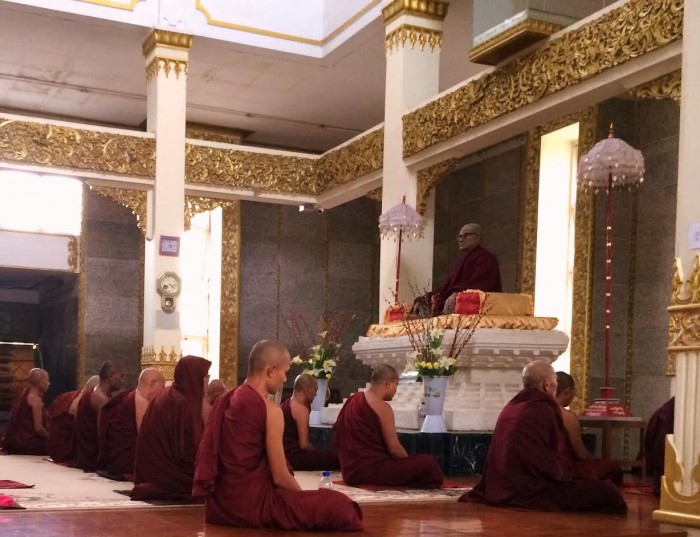 One of the first things I was taught, upon entering the meditation center in Burma, is that there are two ways to find liberation.

The first, and the most difficult, was liberation through world relationships.

The classical Buddhist texts refer to this approach as The Way of the Bodhisattva.

In contemporary, trans-religious terms this essentially means that by engaging in relationships we discover ourselves. Its more elevated meaning: serving the freedom of others one frees oneself.

This style, which is the cornerstone of the Liberation through Living model of spiritual awakening, rests upon the idea that wisdom—the liberating blend of intuitive discernment, creative compassion, and basic goodness—counters the habit of self-centered fixation. And self-centered fixation is the root cause of greed, fear, anger and all other forms of suffering.

Liberation through Living can be likened to the dedication of good parents who are willing to endure anything to safeguard their children. Caring is foremost in their minds. In time their sense of family—a sphere of love and compassion—can expand beyond their own blood to embrace a larger and more complex circle of life. They begin to feel empathy—a deep heart bond—for life and for otherness, not just their own children or circle of friends.

Such a person thrives on engaging relatedness. All types of relationships become their vehicle for awakening.

Of course, the existential, psychological and emotional physics of interpersonal relationships are complex and difficult, as we know. We will encounter numerous challenges and obstacles.

When humans risk loving others as the basis of their being, it’s only natural their heart will be broken many times. Nonetheless, we must not be intimidated by rejection, hurt or any other complexity. No one can take or bargain with our dignity.

When liberation becomes more important than safety—as I saw so often with those seeking freedom in Burma—the heart grows stronger and less protective. It becomes more available to actually participate in intimate situations.

My Burmese guides often spoke about the importance of compassion. Mahasi Sayadaw said,

He made it clear that compassion must be guided by Dharma intelligence, which he described as “being able to discern the right course of action from the wrong one.”

In order to understand the subtleties involved in making skillfully wise choices—that release limitation and expand freedom—the person seeking liberation through world-relationships, “understands that awareness is the chief quality responsible for human freedom.”

In other words, to understand how to liberate “shared space,“ one must become fluent in knowing where one’s person begins and ends, what belongs to self and what doesn’t. He concluded by saying that “meditation—the application of sustained awareness—was essential in finding liberation through living.”

Meditation: the study of consciousness.

Usually motivated by feeling the futility of seeking stimulation in the outer world, a person renounces such pursuits and enters the solitude of a retreat center.

By entering formal meditation, they internalize the mind, employing an awareness that dissolves ideas of the past, present and future. From within that wisdom, pure consciousness becomes illuminated.

And through repetition the meditator progressively discerns the self-generated nature of suffering and gradually liberates him or herself from primordial misconceptions about what it means to be a human being.

As a process, self-awakening is generally believed to be both simple and complex.

It is simple in the sense that consciousness and its inherently liberated nature are not manufactured realities—they are “always already” present, as is commonly explained.

It is complex in the sense that the mind seems to thrive on complication. It is human nature to want to be doing something, rather than just being without thinking, imaging, creating. By recognizing the mind’s capacity for denial, self-deception, and distraction, one ideally seeks and works with a trained meditation instructor in navigating the complex landscape of consciousness.

During my first days of instruction, Mahasi Sayadaw talked about the nature of consciousness and the importance of meditation.

He explained how the world exists as an expression of consciousness. I took this to mean that consciousness was the “virtual reality” of all existence—the underlying basis of the trees, rocks, rainbows, oceans, and galaxies. Everything was consciousness, in varying degrees. I understood him to say that everything was alive, that we are in a living universe—a cognitive totality of infinite beingness.

In his way he expressed how human consciousness was a prism for this totality—this samsara that we see, hear and sense in and around us. Just as the outer universe is a multilayered infinity, so too is the inner one.

This whole-consciousness or samsara is a living eternity of discernible realities.

He suggested that the mind can be trained to harmonize itself with any of these realities. He made it clear that “if one knows how, one can enter any dimension of consciousness at will. This is as straightforward as turning a dial on a radio. If you learn how to fine-tune consciousness there will be no static—no distraction, no wandering, no dullness.”

Through meditation we can understand the mind’s nature—its structure, functioning and characteristics.

Consciousness, according to Buddhist and Eastern mysticism, is a holograph-like excitation of cognitive properties, without a center and therefore without one inherent reality.

In other words, consciousness is a coreless circuitry of comprehensible functionings. Meditation is the process by which one enters consciousness—sees past surface appearances—and discerns the underlying realities, or the infrastructure of its processes.

Meditation is the science of a self-liberating awakening.

“Remember,” Mahasi Sayadaw told me, “reality rules nature, not one’s opinion of it. When you die, you can take nothing with you. The meditator practices dying every moment. They practice nongrasping.
Meditation, therefore, is the practice of liberation.”

But he was quick to add that “the liberated mind is completely free of the kilesas—the afflictive emotions of fear, anger, and ignorance.” Anything less he said is “partial freedom—momentary nirvana.”

He concluded by explaining how most people in Burma who were serious about liberation “practice a combination of both styles”—liberation through intensive awareness meditation and liberation through world-relationships. “One form serves the other and vice versa,” he said.

The Buddha’s greatest contribution to society was that he revealed the power of meditation—the miracle of awareness as a means to discover the nature of consciousness.

Fundamentally, there is nothing to believe in except that which our self-awareness reveals about the qualities of our own being.

Mahasi Sayadaw, being the ardent spiritual empiricist that he was, was firmly convinced that there was no God to believe in, no cosmic deities to honor and no gurus to worship.

Meditation—the liberating Dharma—was about one thing: direct, non-conceptual, personal experience of reality, as it is, in this moment, now.

Meditation is the practice of direct experiential contact: a way of gradually removing the filters that distort pure experience.

Based on this basic understanding, I pursued the path of intensive mindfulness meditation for the first twenty years of my spiritual life.

It was to be a process that touched, opened and liberated me in every way imaginable.

It was equally a process that shattered my ideas of normalcy and turned my life upside down and inside out.

The path of intensive meditation is by far one of the most fascinating and complex ones known to humankind. 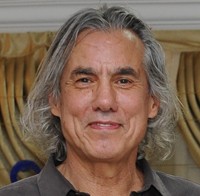